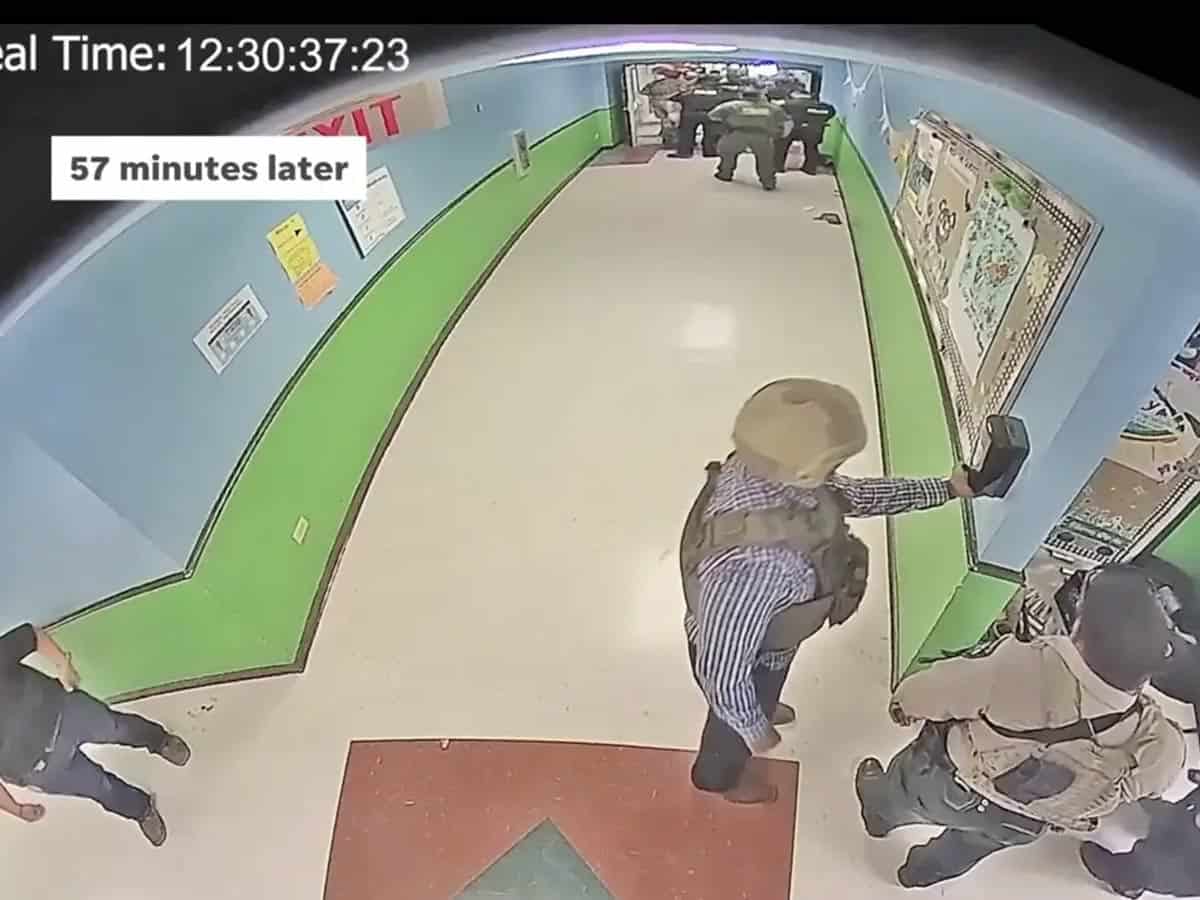 The Texas school shooting on May 24 killed 21 people. There were several questions and doubts about why the cops were not able to stop the gunman. Now, security footage obtained and released by the Austin American-Statesman and KVUE has the inside videos of Robb Elementary school during the shooting time.

Shockingly, it has the police loitering in a hallway of the school for about 77 minutes and they were even seen running away from the gunman. In the footage, one officer who was wearing a ballistic vest and a helmet paused at a hand-sanitizer dispenser shortly before officers breach the classroom and kill the shooter. The four-minute video has clips from May 24 shooting, that show the shooter crashing his truck on school property before entering the building.

This video has become a sensation and raised more questions about Uvalde police officers, as the latter have changed their stories more than 12 times about the events of the shooting. Gov. Greg Abbott of Texas said, ‘That video needs to be released, as well as the audio. The Texans need to know. But, frankly, the people of Uvalde, deserve to get to know exactly what happened. And I urge that it happen very quickly.’