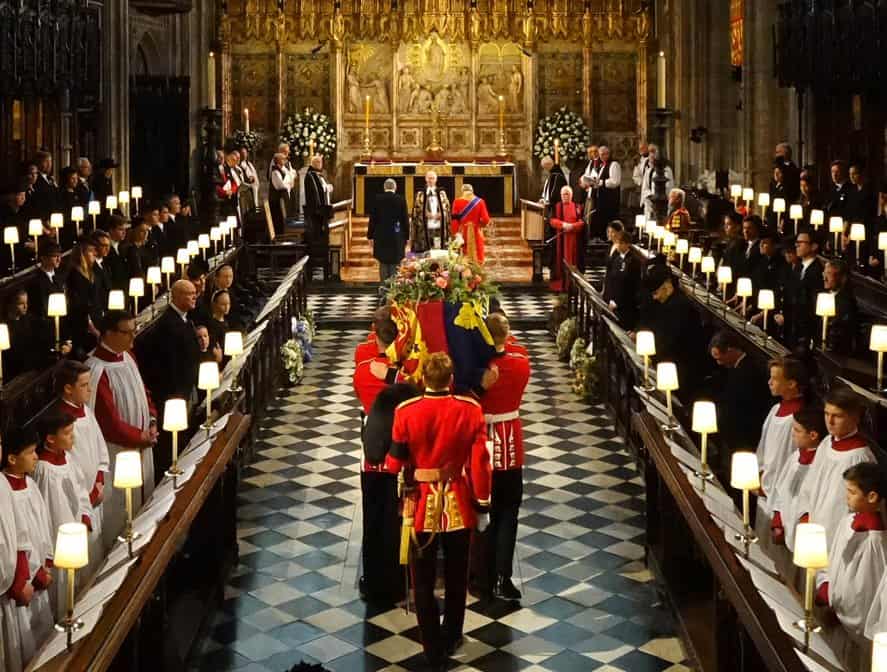 Image tweeted by The Royal Family

The state funeral for Queen Elizabeth II is attended by tens of thousands of people. They waited to catch a glimpse of the coffin as it travels from Westminster Abbey to Windsor castle.

The queen’s coffin is lowered and the crown was removed before that. The imperial state crown worn by Queen Elizabeth II accompanied her coffin throughout the funeral. It was removed from the casket inside St. George’s Chapel. The crown and other royal jewels will be taken to the Tower of London for public display until the coronation of King Charles III.

The queen’s coffin was lowered while a lone bagpiper played the traditional ‘Salute to the Royal Fendersmith’. Later the queen will be buried with her late husband, Prince Philip in private service by the royal family.

Queen Elizabeth II will be buried at the King George VI memorial chapel.