Trump Returns To White House After 3-night Stay In Hospital 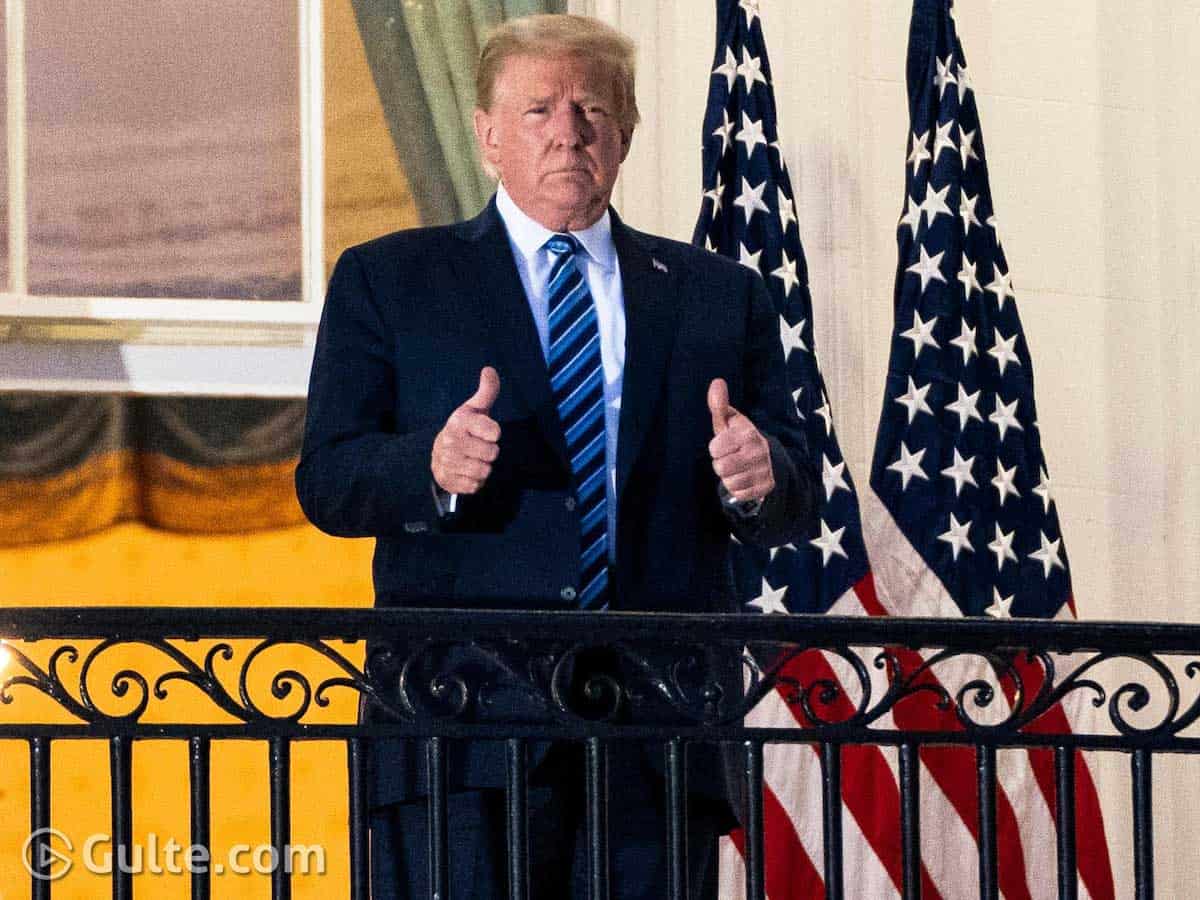 Having spent just three nights at the Walter Reed National Military Medical Centre, US President Donald Trump on Monday evening returned to White House where he will continue to receive treatment.

On reaching his residence, Trump took off his mask for a photo-op. Trump tested positive for Covid-19 on October 2.

Since the beginning, Trump had been denying the pandemic’s severity and today’s gesture seems to a continuation of it.

Wearing a white cloth mask and a navy blue suit, Trump gave several thumbs up and a fist bump as he walked down the hospital’s front steps toward his helicopter. On landing at the South Lawn in Washington, he took an unusual decision and climbed up the stairs, instead of taking the elevators, to the first-floor balcony of his residence.

He then took off his mask and posed in salute before walking back inside. The building he’s returning to has become a centre for viral infection, partly due to Trump’s disregard for mitigation measures.

“Don’t be afraid of Covid. Don’t let it dominate your life,” Trump wrote several hours before walking carefully out of the hospital, even as his doctor Sean P Conley had said earlier in the day that Trump was not “out of the woods yet”.

Then Trump posted a propaganda video after apparently re-doing his White House entrance for effect. “We’re going back. We’re going back to work. We’re gonna be out front. As your leader I had to do that. I knew there’s danger to it but I had to do it,” Trump says in the video.

“I stood out front. I led. Nobody that’s a leader would not do what I did. I know there’s a risk there’s a danger. That’s OK. And now I’m better, and maybe I’m immune? I don’t know. But don’t let it dominate your lives. Get out there, be careful.”

As more of Trump’s aides test positive for the disease, there are doubts about what steps have been taken to curtail the spread, Dr. Sean Conley offered few details on how staff members would be kept safe after Trump’s return to the White House, which is equipped with its own medical suite.

Bored and eager to appear healthy, Trump, on Sunday, had agitated for a swift release and even moved out of the hospital for a slow-motion drive-by to greet supporters gathered at a roadside nearby.