Four Killed In Shooting At California 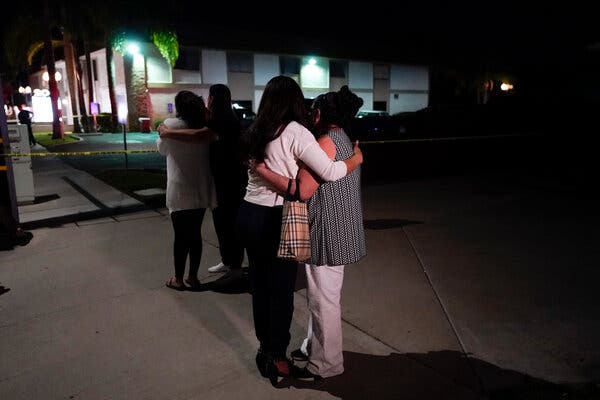 Four people, including a child, were killed in a shooting at an office building in Orange County, Southern California, marking a deadly end to a month that witnessed a series of high-profile cases of gun violence in the US. This is the third mass shooting in the US in the last two weeks.

Police said that the suspect in the shooting was injured and shifted to a local hospital in critical condition. Police officers also recovered one gun. Orange is 30 miles south of Los Angeles.

One woman was also injured and hospitalised in a critical condition, Lieut Jennifer Amat, spokeswoman of the Orange police department, said. Both the woman and the suspect suffered gunshot wounds, she said and added that they do not know if the suspect’s wound is self-inflicted.

Around 5:30 pm, local time, on Wednesday, the police received a call about shots fired and arrived at the scene while the shooting was still going on.

Governor Gavin Newsom called the events “horrifying and heartbreaking,” and said in a statement that “our hearts are with the families impacted by this terrible tragedy tonight”.

This incident comes days after eight people, six of them of Asian descent, were shot down at three different massage spas in Atlanta.

Six days later, a man opened fire in a supermarket in Colorado, killing 10.