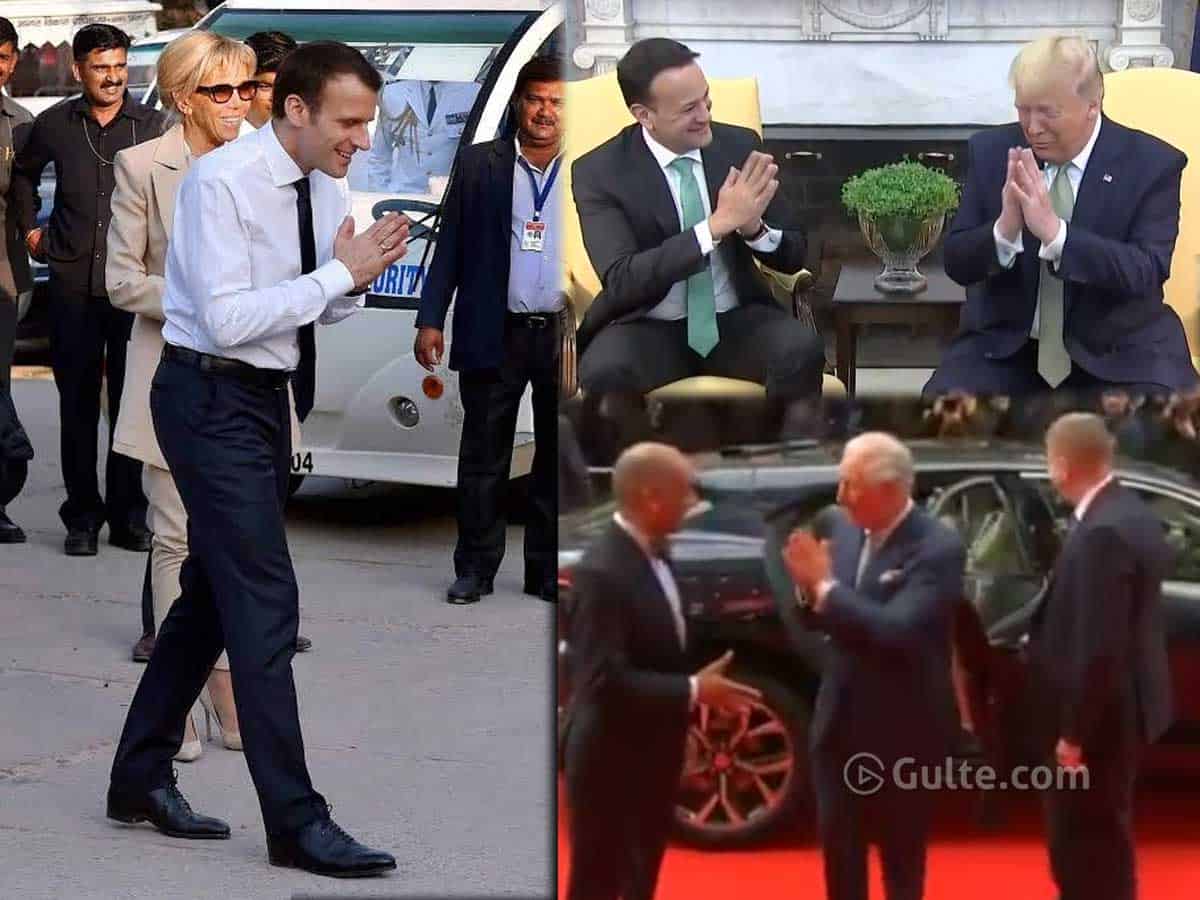 While East Asian people bow their head down to wish others, Arabs give three hugs and Europeans do shake hands with the other person, it is Indians who do the non-contact form of polite customary welcome gesture by putting their hands together, which is called “Namaskar” or Namaste in modern language. Guess what, the whole world is now revolving around this Namaste only as they are forced to use it in the wake of Corona outbreak that is killing many.

Here comes US President Donald Trump who has done a ‘Namaste’ to Irish Prime Minister Leo Vardarkar today, at their scheduled meeting in The Oval office. Trump stated that he is back from India where he didn’t shake any hands as everyone does a Namaste there. He also stated that the Japanese way of bowing the head is also a great thing. “India and Japan were ahead of the curve in the present times with their greeting style,” Trump remarked.

Also other day President of France, Emmanuel Macron has decided to greet all his counterparts with a namaste, which according to the France ambassador is a graceful gesture that he learnt from his India visit in 2018. Even UK’s Prince Charles has switched to Namaste while greeting others at Prince Trust Awards and other events in the last couple of days.

Meanwhile, Indians around the world are busy teaching the world how to do a Namaste properly.