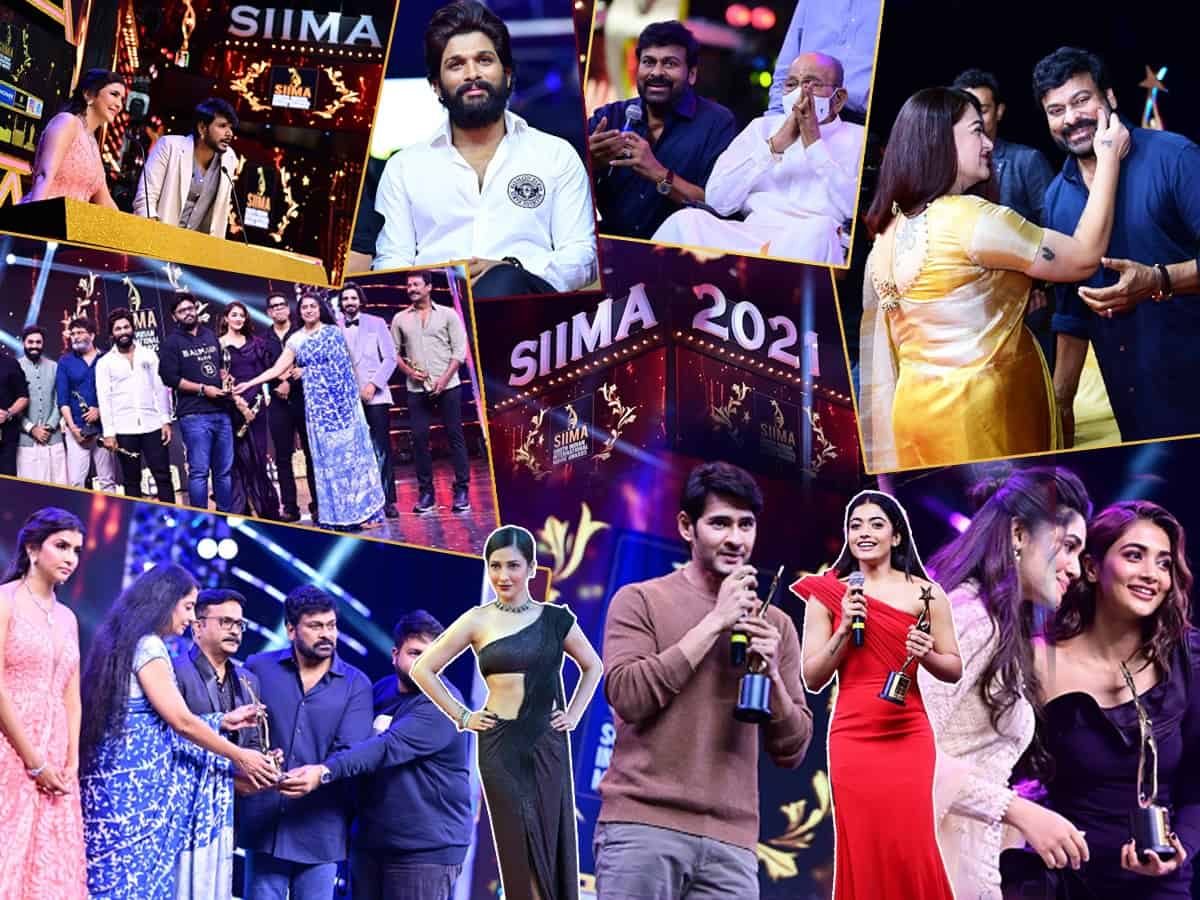 The first mega movie event post Covid-19 pandemic – The South Indian International Movie Awards (SIIMA) 2021 – turned out to be a stupendous success with the who’s who of the South Indian film industries gracing the do. With arguably one of the most happening film awards for the South film industry, SIIMA 2021 was nothing short of a festival and celebration. The two-day grand gala event witnessed the attendance of the superstars from all the four film industries – Tollywood, Kollywood, Sandalwood and Mollywood, thus making it a grand affair. For the first time since the inception of the annual international film awards, Hyderabad hosted this special film event. Usually, the Arab Emirates host this annual gala awards ceremony. With SIIMA 2021, undoubtedly, Dubai has come alive in the City Of Pearls & Biryanis this year. All thanks to the SIIMA, the magic of Emirates is recreated.

This year SIIMA saw outstanding fashion statements from the celebrities. The females stole the show. Rashmika, Shruti Haasan, Akshara Haasan, Regina Cassandra and Laxmi Raai sizzled on the opening day, whereas the likes of Pooja Hegde, Krithi Shetty revved up the glam quotient on Day-2. On the whole, the actresses and actors sizzled on the red carpet.

Sundeep Kishan and Sreemukhi turned hosts for the opening day. Lakshmi Manchu and Sundeep did the hosting on the second day from the Telugu whereas Pearle Maaney, Govind Padmasoorya from Malayalam joined as the hosts for Mollywood awards.

From Megastar Chiranjeevi to superstar Mahesh Babu to Icon star Allu Arjun, top stars of the Telugu film industry descended at the do. Whilst Mahesh Babu kickstarted the Day 1 of SIIMA on a grand note by his presence, Chiranjeevi and Allu Arjun gave a spellbinding finishing touch with their tall presence. Day 1 belonged to Maharshi whereas Day 2 belonged to Ala Vaikunthapurramuloo (AVPL).

Veteran filmmaker K Viswanth was honoured with Lifetime Achievement Award (Telugu) for 2019. 91-year-old veteran filmmaker made it to the awards ceremony in a wheel chair and received the honours. Viswanath’s commitment and respect towards the other winners which made him attend the do is appreciable. Chiru who has a Guru feeling on K Viswanath attended to felicitate the nonagenarian for his lifetime achievement. Even after attending Love Story pre-release, Chiru made it straight to SIIMA and once again proved he is a man of discipline.

Tributes poured in for veteran singer SP Balasubramanyam who passed away in Sep 2020 and Tamil comedian Vivek’s untimely death in April 2021. The whole South Film Industry has paid tributes to the two stalwarts in their fields who left a void behind.