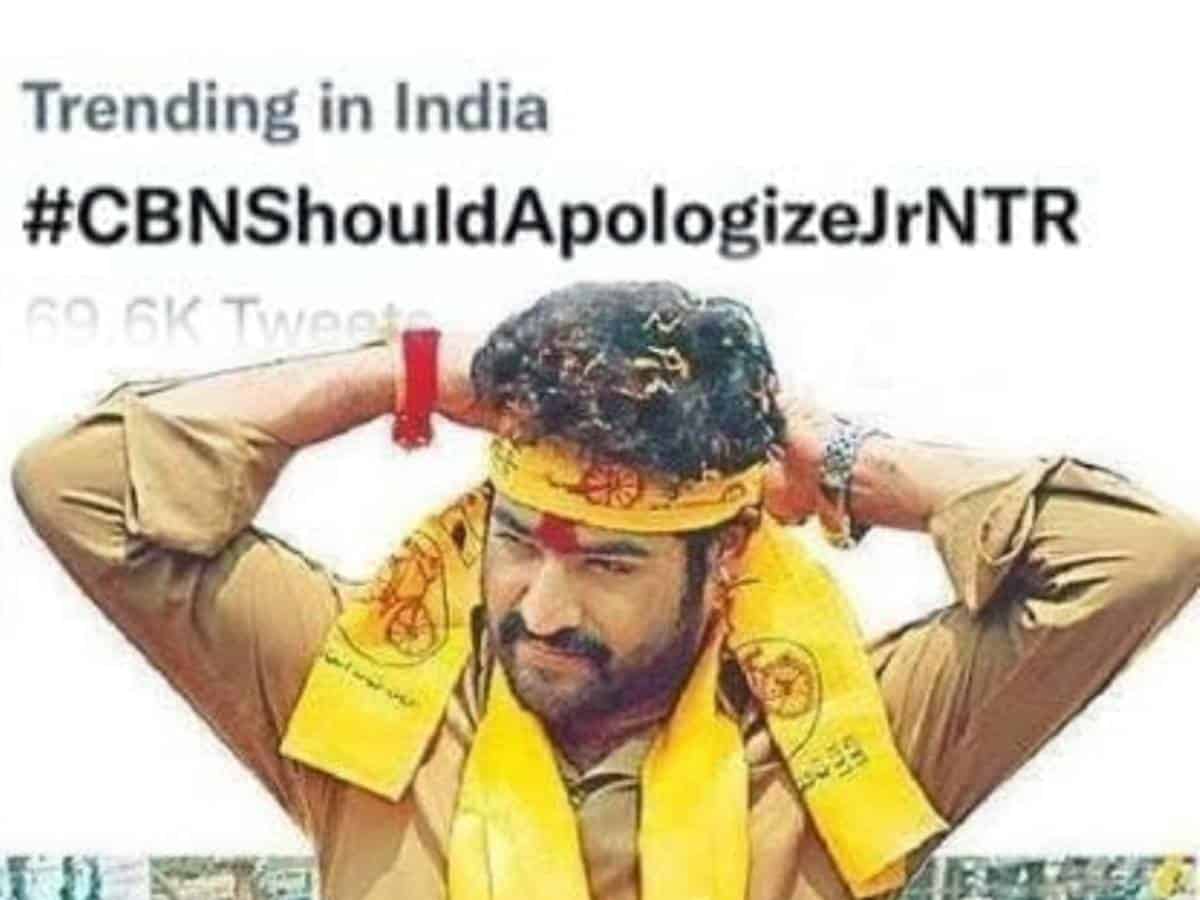 Chandrababu Naidu turning emotional and crying over the remarks of YCP leaders against Nara Bhuvaneswari has taken a whole new turn. The whole issue is in turn shifted mass towards Jr NTR and TDP row. YCP has smartly made this a TDP Vs Jr NTR. In fact, political analysts see this is the YCP’s strategy behind minister and Jr NTR’s former friend Kodali Nani’s comments. With the comments from both YCP and TDP are not in favour of Tarak, his die-hard fans look quite disappointed as he is being dragged into a political issue without any connection.

Unfortunately, TDP senior leaders too didn’t handle this issue smartly. This led to a backlash from Jr NTR’s fans who are cornering TDP and its chief Chandrababu Naidu. With Ramaiah’s comments it is clear that he and TDP seniors are expecting more harsh tone from Jr NTR against Nani and Vallabhaneni Vamsi. But the point raised by Tarak’s fans is that when Jr NTR wasn’t given due importance in the party and wasn’t given any significant post, why he is only being used for speeches, campaigns.

Jr NTR fans argue that why do TDP need Tarak only for his voice and glamour. This is a genuine point from Jr NTR fans. Why TDP is having such a high expectation from Jr NTR? Why didn’t Chandrababu or Lokesh intervened in this and didn’t ask leaders like Varla Ramaiah to stop such comments since they only end up doing more damage to the party than any good.

First of all, the target should be YCP leaders who allegedly abused Naidu & his wife Bhuvaneswari. Then, the senior TDP leaders should target them with their words. Instead of this crying on Jr NTR is certainly not a welcome one.

On the other hand, Chandrababu is also busy with his visit to the flood-affected districts and interacting with the victims thereby cornering CM Jagan and YCP administration who failed in handling the natural calamity. At this juncture, TDP seniors seem to have crossed the line.

Even Jr NTR fans should not drag Chandrababu into this and expect him to apologise for what other leaders did. Whatever, the end gainer with this TDP Vs Jr NTR is none other than ruling YSRCP as the main issue was subsided and side-tracked which is good for them. Looks like, TDP is doing mistakes after mistakes and this one is a self-goal as the party direly needs Jr NTR and his massive fan base.

Meanwhile, some hard-core TDP fans believe that YCP’s digital team is behind these kinda trends and they maintain that Jr NTR is part of TDP and there is no gap between them and they feel that only YCP is trying to create the gap for its political gains. Let’s see.