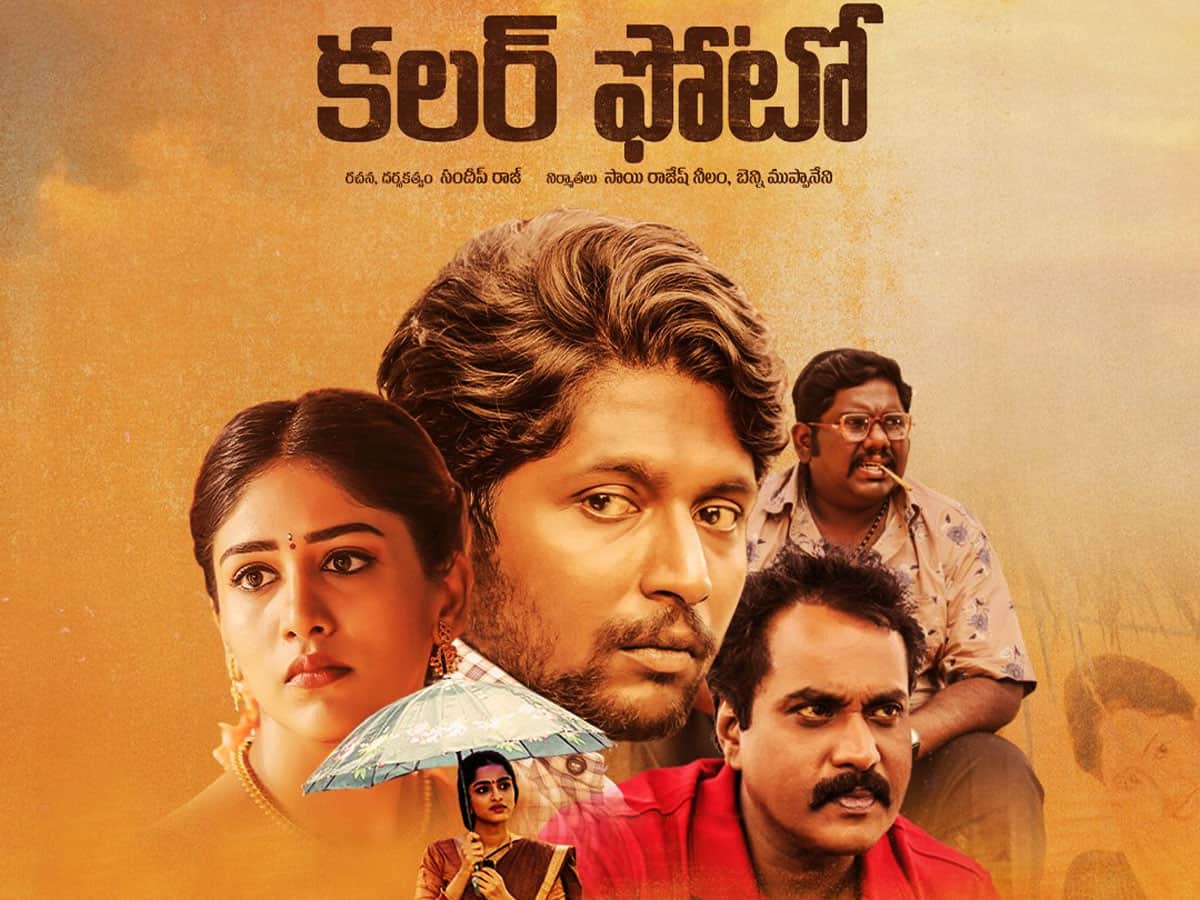 Colour Photo film has Suhas (who primarily plays comedian roles) as the protagonist and Sunil (who started off his career as a comedian) as the antagonist. Impressively cut promos have raised expectations on this low budget film that has skipped theatrical release like many other recent releases.

Jaya Krishna (Suhas) comes from a poor family and is dark skinned. He falls in love with Deepthi (Chandini), but hesitates to express his love for the fear of getting rejected. But Deepthi eventually falls in love with him, but Deepthi’s brother Ramaraju (Sunil) is a fair skin obsessed villain. Rest of the story is about what fate this couple faces at Ramaraju’s hands.

Suhas has proved his mettle in short films, but really didn’t get a chance to prove his worth on the big screen till now. Colour Photo gives him the chance to showcase his talent and he has grabbed it with both hands. Chandini Chowdary is alright. Sunil looks different as the antagonist and does his best as Ramaraju. Harsha has made his presence felt in every scene that he is in. Deepthi and Sri Vidya are good in their respective roles.

Director Sandeep Raj did well in establishing the characters. His direction is good in the scenes where he shows the innocence and purity of love. However, he failed to balance the emotions towards the end. There’s too much melodrama that really didn’t make any impact. Thankfully, Kala Bhairava’s score has lifted some scenes above mediocrity. A couple of numbers are catchy too. Cinematography is neat with an earthy colour palette. Some dialogues are very impressive. Production values are okay.

Colour Photo’s main conflict is about the skin colour of the protagonist. It would have made sense when the girl he falls in love disapproves of because of his colour or if he is the only person on the screen who is dark skinned. Instead the director chose to make it an issue for the girl’s brother who comes up with a ridiculous reason to become the obstacle for his sister’s love.

There are many dark-skinned characters on the screen, which makes the ‘issue’ of the protagonist less relevant. It never bothers the girl who has no qualms over expressing her love towards. He is the one who asks her to keep their relationship a secret. He doesn’t want people to ridicule the ‘black and white’ combination of theirs!

There is no girl’s point of view in developing romance, which sticks out as a sore thumb. We wonder as much as Suhas when she comes and expresses her love to him. Some characters behave as per the will and convenience of the director for the sake of drama. The college principal character suddenly body shames Suhas out of nowhere.

We are prepared to watch a tragic climax right at the beginning because of the initial setup. But the director tries too hard to make us connect with the emotion of the protagonist. It fails to make an impact even after going to the extremes to evoke emotion. First half has been wasted on pointless rivalry between seniors and juniors in an engineering college and the second half showcases a romance that was seen in many Teja’s movies. The entire film relied on the climactic episodes and they failed to create the desired impact.

On a whole, Colour Photo turns out to be a regular romance with an unusual theme. It would have been a special film if the director tried to avoid the usual tropes of a college romance.