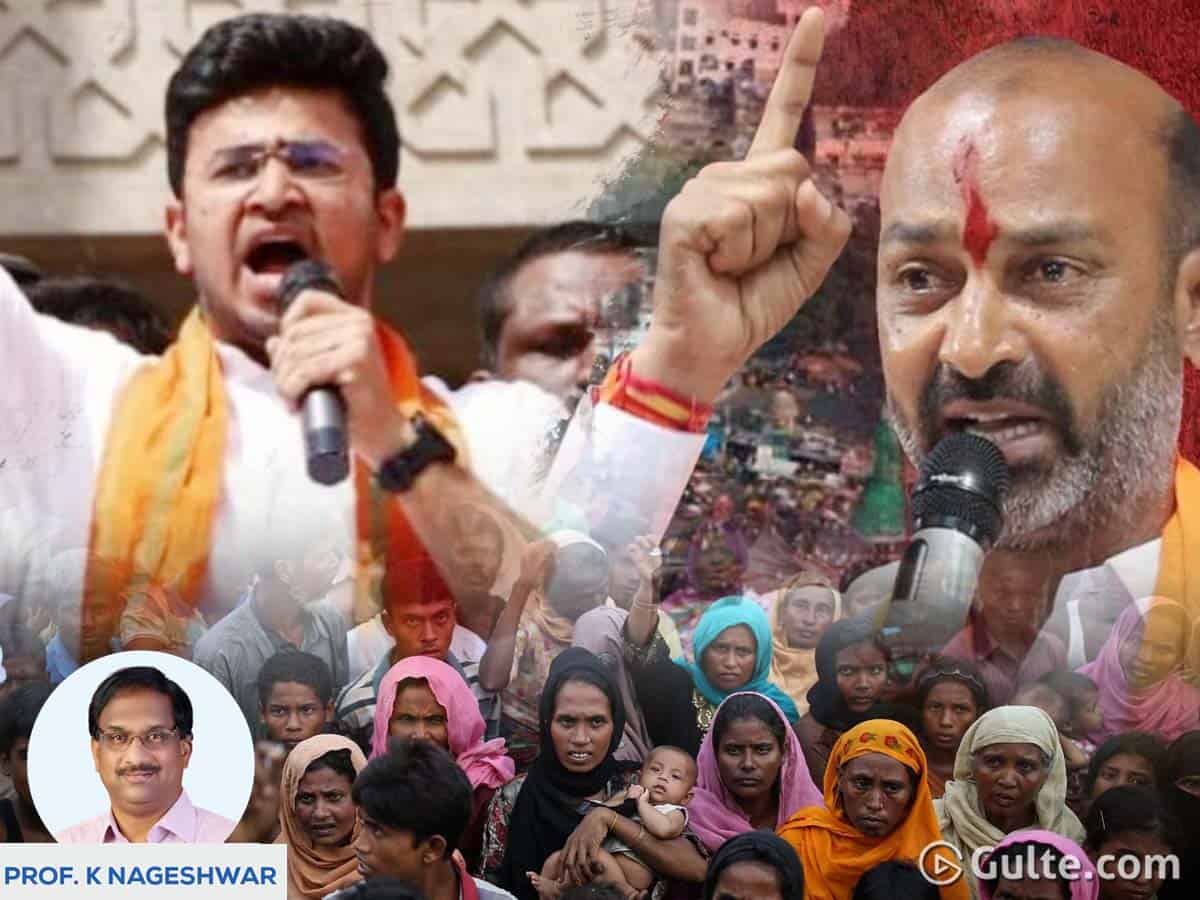 The GHMC poll battle resembles Assembly and Parliament election trail. Civic issues are increasingly relegated to the back seat. Emotive issues are coming to the centre stage of the campaign that has no bearing with the functioning of representatives whom the GHMC voters elect. The BJP is at the forefront of a polarised campaign. In a bid to corner the ruling TRS, the saffron party focuses its attack on MIM and its alleged relations with the TRS.

Further raising the temperature, the BJP state and central leaders are bringing extraneous issues like Rohingyas into the campaign. Internal security is in the centre’s domain. If Rohingya refugees pose a national security threat, the central government must act independently of the GHMC polls. The GHMC mayor or the elected body has nothing to do with such issues. Yet, the BJP hit the poll terrain with such emotive issues to polarise the election campaign on religious lines.

The BJP chief calls for surgical strikes in the old city of Hyderabad. This ignores the essential aspect that surgical strikes are primarily aimed at foreign forces posing a threat from across the borders. In fact, the nation as a whole, cutting across political affiliations, should rally behind surgical strikes or non-military preventive strikes, or even military engagement with hostile neighbours. Any attempt to draw national security issues into partisan electoral campaigns would only harm the cause. India has witnessed national security problems creeping into the electoral discourse for Lok Sabha and Assembly elections. Now the elections to civic bodies also witness such emotive campaign. This will hurt the citizen’s right to good local governance. Many urban issues like roads, drinking water, sanitation, quality citizen services, traffic congestion, public transport, employment, urban health, and education, etc., should be the issues to judge the relative competence and commitment of parties in the fray.

Such a derailed election campaign undermines the democratic decentralization envisaged in the Constitutional construct of urban local bodies.