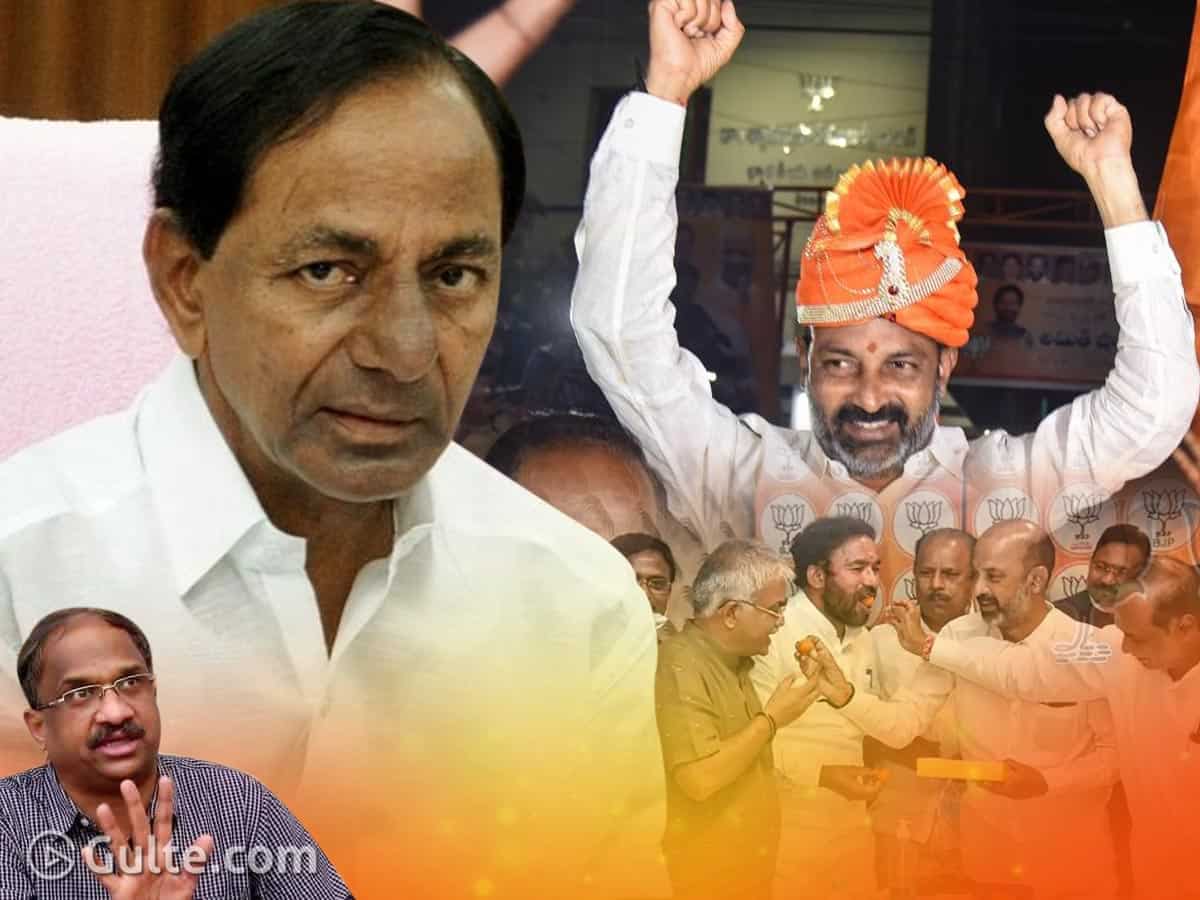 Disproving even the best psephologists, the BJP scored a spectacular success in the GHMC elections. The killer instinct of BJP’s organizational machine could overwhelm the ruling TRS might. The BJP-MIM politics of polarization yielded rich dividends for both the parties. KCR’s five mistakes have contributed to the saffron surge in Telangana.

1. KCR in the guise of political realignment, vanquished Congress and TDP, creating a vacuum in the opposition space only for the BJP to fill it. Thanks to KCR’s political maneuvering, the triangular contest in Telangana was reduced to TRS-BJP’s straight fight, much to the latter’s advantage.

2. The TRS underestimated the saffron party’s capability to exploit the pink party’s bonhomie with AIMIM. Both BJP and MIM consummately executed competitive politics of polarization. As a result, both the parties benefitted to the detriment of TRS.

4. The TRS adopted a pusillanimous attitude towards BJP. During Modi 1.0 and even till recently, KCR was avidly supporting the NDA government’s controversial policies. Realising the saffron surge, KCR started opposing BJP policies like new farm laws, central power act, etc. Failure to demarcate with the BJP has cost the TRS dearer.

5. Finally, the TRS regime failed to perceive the growing discontent among several sections of society. Instead of course correction, the discontent was suppressed by political management through defections from the opposition. BJP, which emerged stronger in the wake of the Modi phenomenon in 2019, could successfully challenge KCR, giving confidence to disgruntled people. The Dubbak and GHMC verdicts are the political expression of people’s disenchantment with the ruling dispensation.