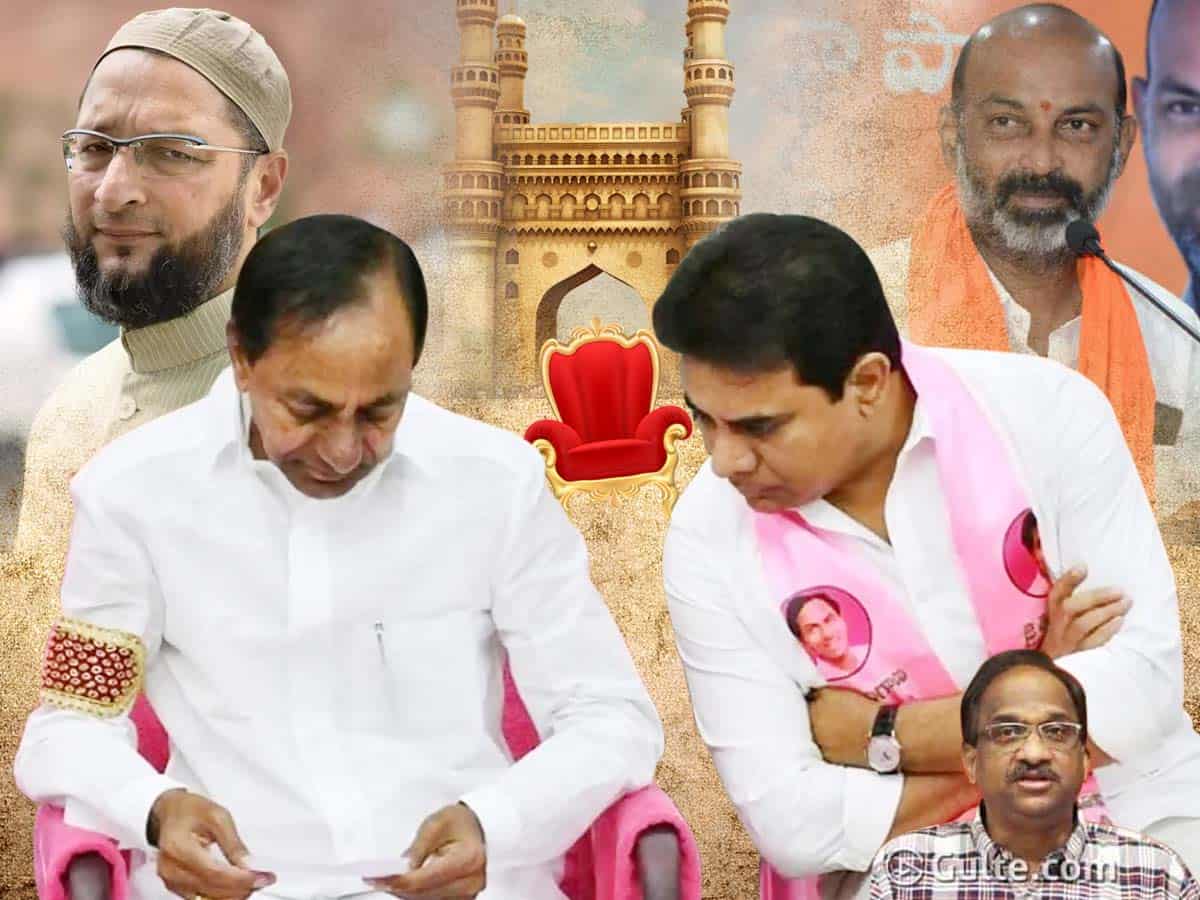 As the GHMC polls throw up a hung house, the TRS is pushed to a catch 22 situation despite favourable arithmetic. The TRS emerged as the single largest party in the 150 member GHMC council. However, it fails to get a majority on its own despite having sizeable ex-Officio members. It still can easily retain Mayor and Dy mayor post with the support of MIM. But, the TRS is vary of seeking MIM support as BJP will exploit any such bonhomie between the two parties. Thus, the ruling TRS is caught between the devil and the deep sea.

TRS supremo KCR is working out a strategy to tide over peculiar situations thrown up by politics and arithmetic. The BJP has significantly gained with its politics of polarisation. The TRS-MIM relationship was the cynosure of the BJP’s campaign that helped the saffron party reap rich electoral dividends. Thus, the TRS is worried about a possible adverse impact if it shares power with MIM directly or indirectly. The BJP will exploit it to the hilt in 2023 assembly elections. The BJP will embarrass TRS even if MIM extends unconditional outside support.

Still, the TRS has options to overcome the impediments. Perhaps, KCR seems to be working on it. The first possibility is both TRS and MIM can contest for mayor and deputy mayor. The BJP will oppose both. Still, TRS can win by defeating MIM candidates. The second possible option is to ensure certain MIM corporators or ex-Officio members stay away from voting for ‘personal’ reasons. The TRS can still win the mayoral post as it gets the majority of the electors present. The third possible option is MIM abstaining from voting on some or other pretext, leaving the battle open for TRS and BJP. In this case, the TRS can still retain the prime post as it has more electors than BJP.

Interestingly, the BJP will be pushed to a strange position of remaining equidistant from MIM and TRS if the latter exercises the first option. Such a possibility would call to question the BJP’s claim of considering MIM as the main enemy.