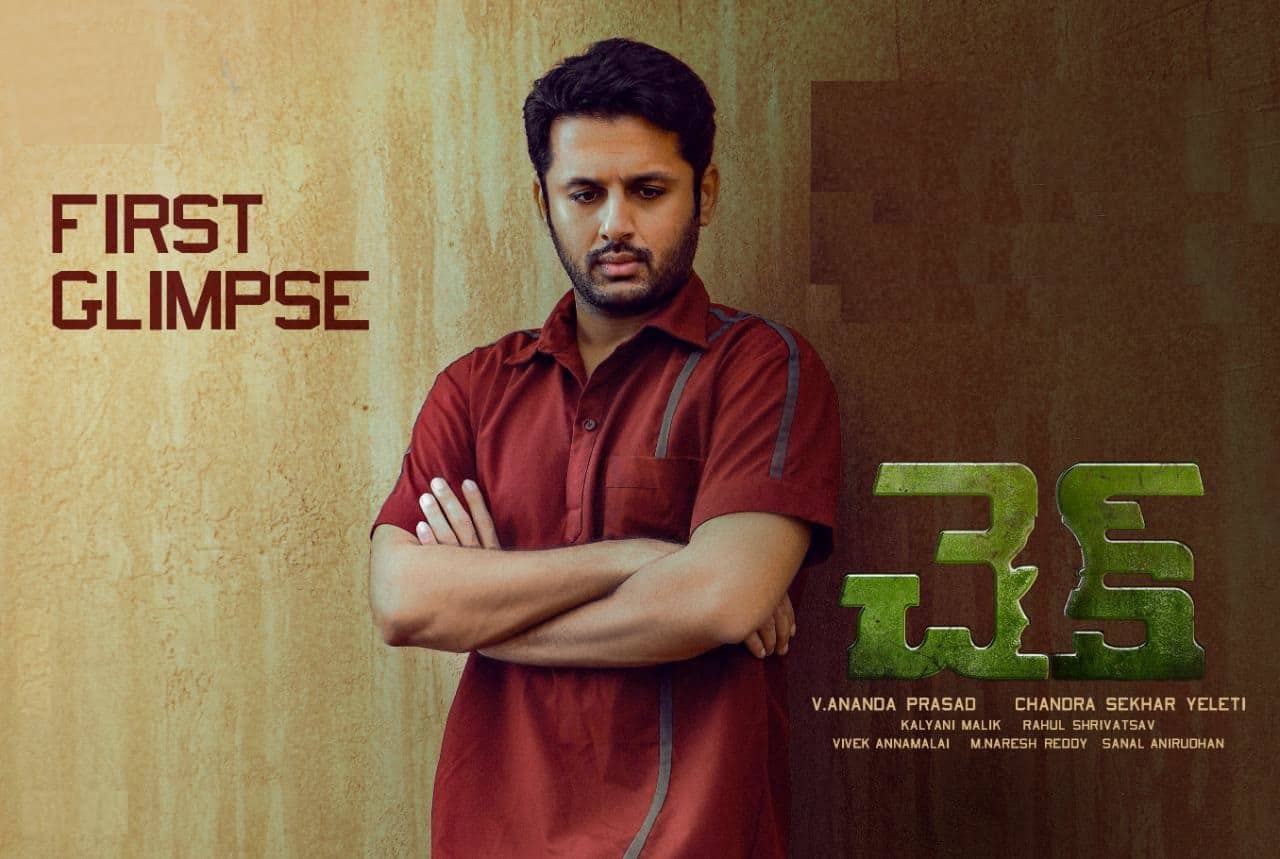 Here is the glimpse of Check. After doing commercial films, Nithiin has opted out for an out-of-the-box film under Chandrasekhar Yeleti’s direction. Nithiin is seen as a chess prodigy Aditya who is touted to play chess on the lines of Chess champions Viswanath Anand and Kasparov. However, here is the twist. His hidden talent is found in a central prison where he is jailed.

Aditya is a convict and has been sentenced to death punishment. He is convicted as a terrorist, anti-national. But the truth is that he is innocent. How is he framed? What is the Chess connection to this? Who is behind this? How does he overcome these charges and take on the evil forms the crux of the story.

Nithiin gets under the character of Aditya. He raises eyebrows by choosing out-of-the-blue role Aditya. Rakul Preet believes Aditya is innocent and fights for him. Priya Prakash Varrier plays a significant role in the film and her role has been kept under the wraps as her look is not revealed in the glimpse. Sampath is seen as a powerful police officer. His intense action elevates the scenes of this investigative thriller.

Kalyani Malik has composed subtle music. Director Chandrasekhar Yeleti used a specific colour palette for the film that indicates the tone and mood of the film. On the whole, Check glimpse is promising. The film is bankrolled by Ananda Prasad under Bhavya Creations.