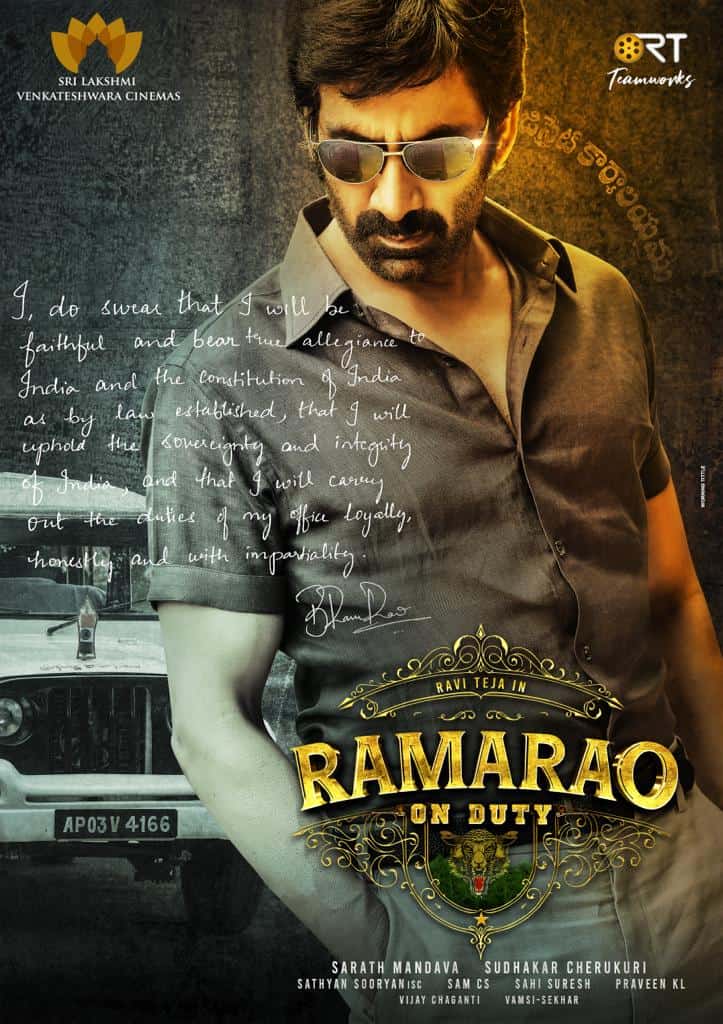 The mass following Ravi Teja enjoys is no less than any star hero, though Mass Maharaja attempted numerous different genre films in his decades of career. His ongoing project with debut director Sarath Mandava is another distinctive film.

Keeping hands in pockets, Ravi Teja looks intense in the poster. He can be seen in a cool attire with sunglasses. The jeep on Ravi Teja’s back hints that he plays a government officer and his swear-in letter indicates his sincerity and aggressive attitude.

Ramarao On Duty is a thriller inspired by real events. Sudhakar Cherukuri is bankrolling the project that has music by Sam CS. In the first schedule that began few days ago, scenes involving Ravi Teja and Divyansha Kaushik are being shot.