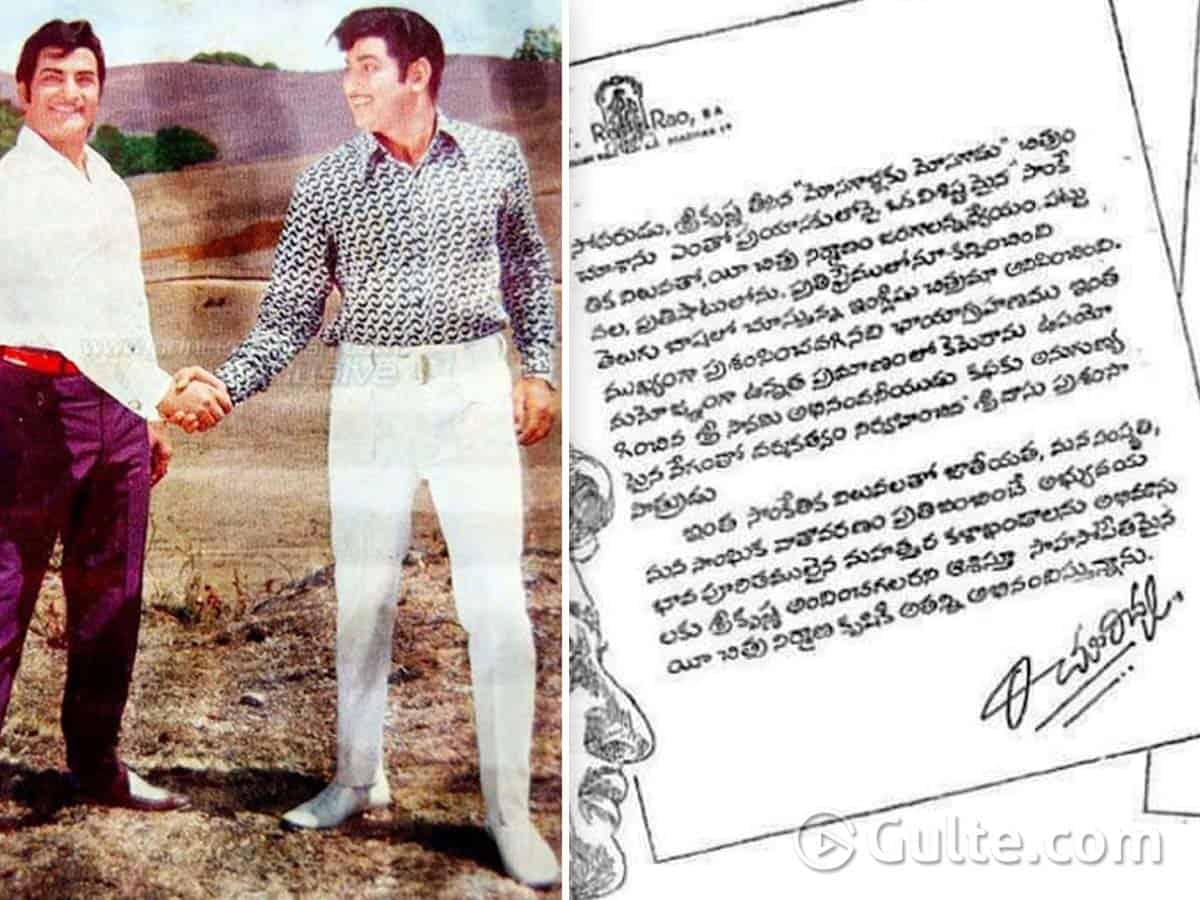 NTR and Krishna, the two great actors often acted together and they had fights with each other over the years. Yet, they openly admire and appreciate each other’s work. Superstar Krishna is a fan of NTR from his college days. After acting in many films, Krishna wanted to show NTR his Mosagallaku Mosagadu to get a pat of appreciation on how it is made.

NTR watched Mosagallaku Mosagadu movie upon Krishna’s request and appreciated his work for the first of its kind movie in Telugu. Here is the open appreciation letter of NTR to Krishna for Mosagallaku Mosagadu. It can be seen how NTR specified every craft, pace, and technical aspects in the movie and how he wished the best for Krishna.

Though NTR liked and appreciated Krishna, the latter revealed that NTR knew and said the movie won’t entertain the female audience but would be a blockbuster then. As the legend said, Mosagallaku Mosagadu did not have many ladies as an audience, but turned out to become a super-duper hit in repeat runs.

Krishna acted as NTR’s brother in six movies, but they had few clashes. NTR did not want Krishna to make a movie on Seetharamaraju, but when he went on to make it, it led to 10 years of no-talking terms between both. Later, when Paruchuri brothers asked NTR to watch Krishna’s Seetharamaraju, NTR watched it and appreciated him again for it.

Later Krishna joining congress against NTR’s TDP and Krishna’s satire on NTR with Saahasame Naa Oopiri and Naa Pilupe Prabhanjanam always kept the differences alive between them. But, Krishna admires NTR even today and NTR liked Krishna like his own brother.