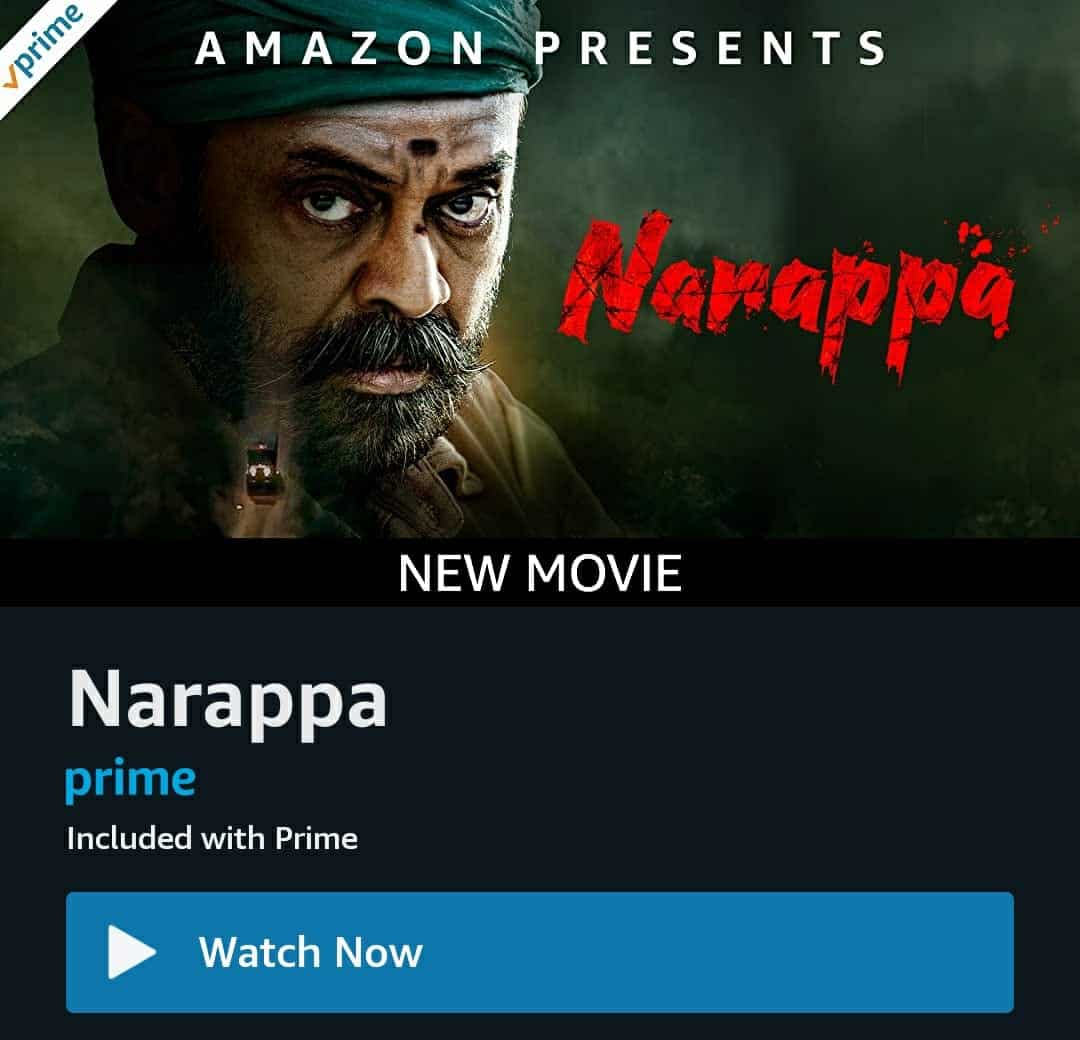 Narappa is probably the biggest Telugu film to go for a direct digital release till now. The Venkatesh starrer action drama skipped the theatrical release and sold its exclusive rights to Amazon Prime Video. Amidst huge expectations, it had finally premiered today.

Narappa is the official remake of the 2019 Tamil film Asuran. It revolves around a farmer who turns against an upper-caste feudal lord in order to protect his family.

It was originally slated for a theatrical release on the 14th of May but the second wave of the coronavirus and the subsequent lockdown had forced the makers to postpone it. Eventually, the producers decided to release directly on the digital release.

Suresh Babu and Kalaipuli S Thanu have jointly bankrolled the project. Mani Sharma has composed the music of the film.

People who are waiting for the film for a long time can now catch it on Prime Video.