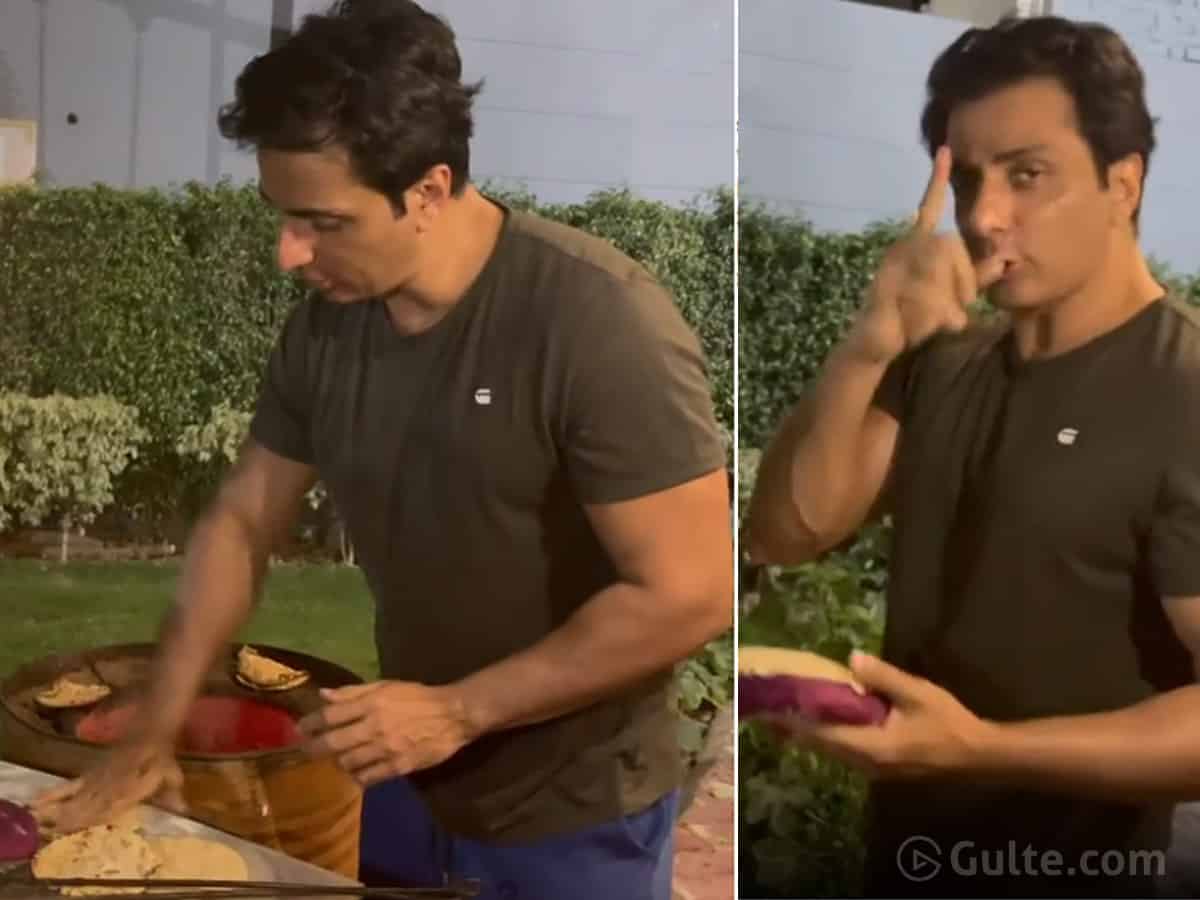 Actor and philanthropist Sonu Sood took to Instagram and shared a video featuring ‘Sonu Sood Da Punjabi Dhaba’. Sonu can be seen preparing Rotis in a tandoor as he says, “Eat once these rotis and you won’t go anywhere else.”

“Roti Dal free of cost Sonu Sood da Punjabi dhaba 🇮🇳 #supportsmallbusiness #support,” captioned Sonu Sood for the post. This is one more attempt of the actor to support local vendors. The actor, also known for his humanitarian works in the pandemic, has been helping people in need. From arranging for beds to oxygen cylinders and life-saving injections, Sonu has been trying to reach out to as many people as he can.

Even in June this year, Sonu shared a video where he was seen selling eggs, bread, chips, and daily grocery items on a cycle, calling it ‘Sonu Sood ki Supermarket’. He was highly lauded for promoting small businesses. “Free home delivery. 1 bread free with every 10 eggs #supermarket #supportsmallbusiness,” he captioned the old video.

On the work front, Sonu Sood is busy with megastar Chiranjeevi’s Acharya and for a music video directed by filmmaker Farah Khan. The story of the track will show Sonu’s character as a farmer-turned-cop. The song will be released at the end of the month.