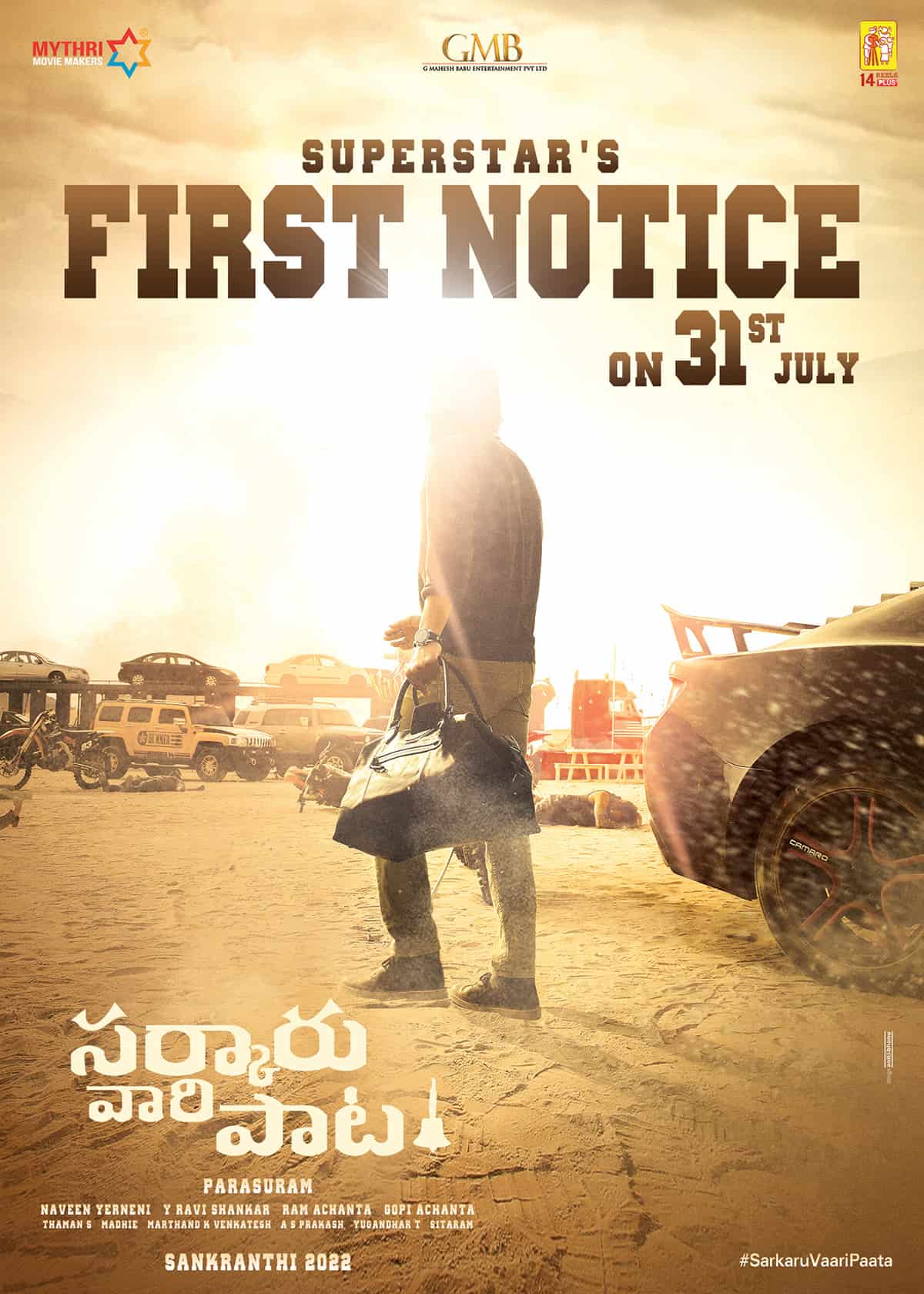 The filming of superstar Mahesh Babu’s most awaited flick Sarkaru Vaari Paata resumed this month in Hyderabad and the major cast and crew is participating in it. There was no big announcement regarding the project for sometime and the makers have decided to treat fans with First Notice.

First Notice of Sarkaru Vaari Paata will be served in a couple of days on July 31st. It’s a big news for fans who have been anticipating to see Mahesh Babu’s getup in the movie. The film’s title poster showed Mahesh Babu in a different avatar with one rupee coin tattoo, long hair and pierced ear. The First Notice announcement poster shows Mahesh Babu in an action-packed avatar, as there are some goons lying on the ground.

Keerthy Suresh is playing the heroine in the movie which is the joint production venture of Mythri Movie Makers, GMB Entertainment and 14 Reels Plus.

There will be no change in the film’s release date. As announced earlier by the makers, Sarkaru Vaari Paata will hit the screens for Sankranthi in 2022.