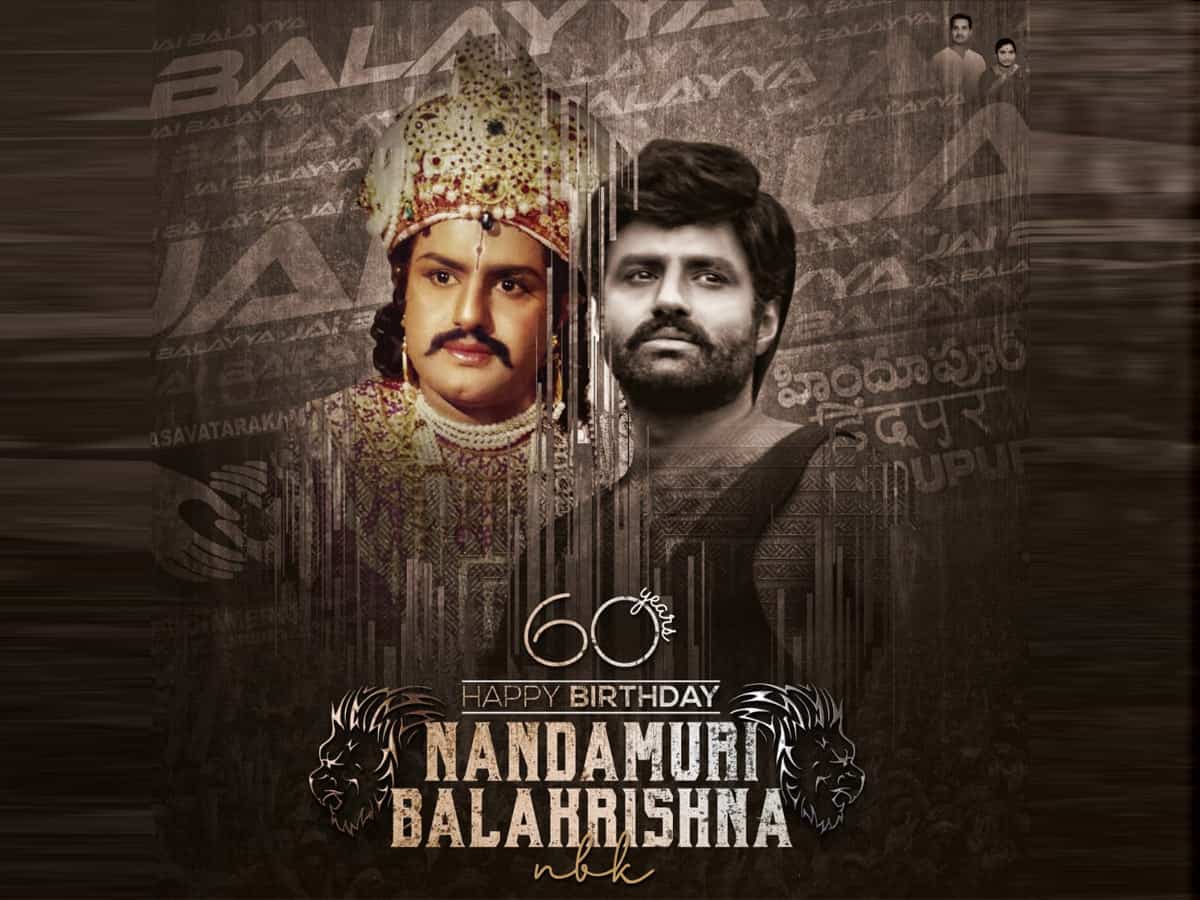 Balayya fans rejoiced like never before when Simha emerged as the biggest blockbuster in Balayya’s career, that too when the mass star suffered a long list of flops with monotonous and absurd choice of films just before that. Though the actor never really cared about flops, it matters to his fans.

Apart from films and politics, Balayya’s fans support him during the controversies and they had to barricade troll stuff against him during the latest comments by Naga Babu. While the film industry is divided into two with the issue, Balayya fans had been working their best on social media platforms in support of him. Although the issue is cooled down, the fans are trying to keep the support and momentum strong with the Common display picture on the occasion of Balayya’s 60th birthday around.

Balayya is celebrating his 60th birthday on June 10 and the fans already have started trending the CDP with an excellent edit of Balayya’s pictures from Aditya 369 and Nippu Ravva, the combination of class and mass blockbusters in his career. The CDP is perfect with the lettering in the background that writes Jai Balayya, Basavatarakam trust, and Hindupur as well, except that the pictures from his films of nearly 30 years old were used in CDP and why not at least one from his latest films.

Inarguably, Balayya looked smart and handsome in Aditya 369 and Nippu Ravva, but when it is his 60th birthday, the fans could have added a present picture of him, which compliments the same grace and look of him even today. Let us see if Balayya fans could make it trend on top with a big tide of retweets and set new records with it by June 10.