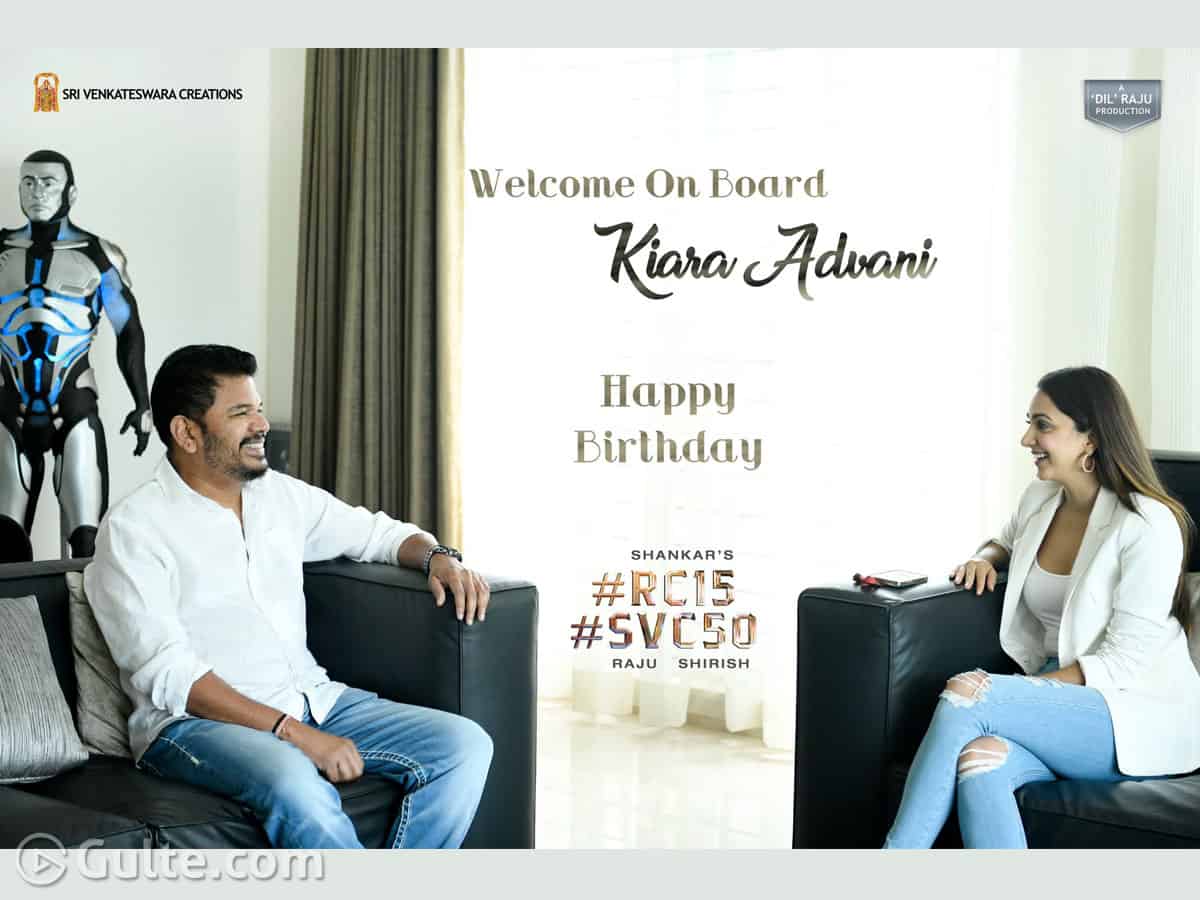 Mega Power Star Ram Charan is currently busy with Rajamouli’s RRR. As soon as the film gets wrapped up, Charan will do a film under the direction of Shankar. The makers officially confirmed that Kiara Advani is on board to play the leading lady.

Dil Raju is the film’s producer. Sri Venkateswara Creations officially posted the news today on Twitter. “Joining us on this super exciting journey is the talented and gorgeous @advani_kiara! Welcome on board” posted the tweet on social media.

Already, Kiara Advani worked with Ram Charan in the film Vinaya Vidheya Rama, under Boyapati Srinu’s direction. This is her second film with Ram Charan. Shankar is working for the first time with this actress.

As per the latest reports in the film industry, the film’s shoot is likely to begin in September.

The complete cast and crew details of the project will come out soon.
image.gif