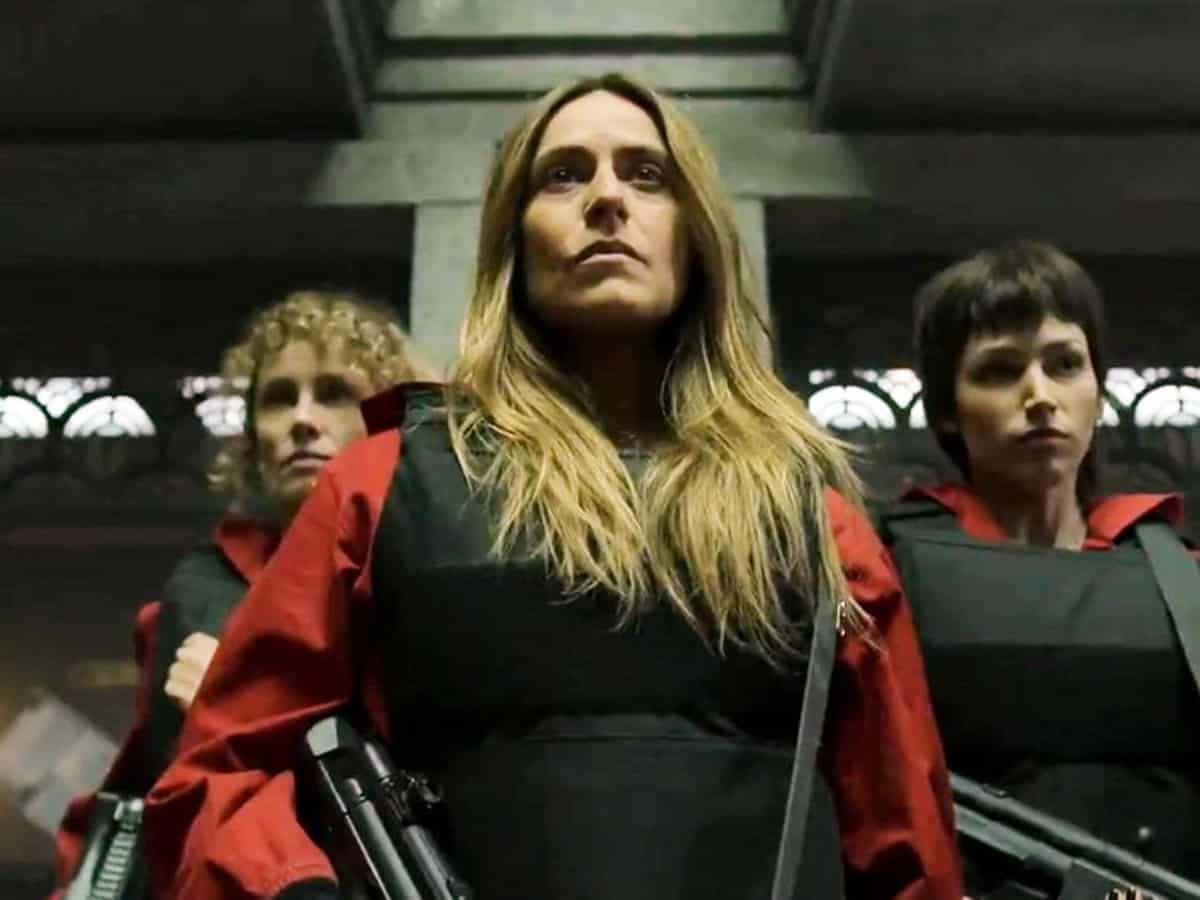 Netflix has unveiled the first trailer of the final season of La Casa De Papel aka Money Heist today and treated our sore eyes with the long-awaited one. The Vol. 1 of Part 5 is filled with high-octane action scenes and the gripping war is guaranteed.

The leader aka professor seems to have lost balance and is under control as the series created by Alex Pina is ending. “100 hours that seem like 100 years” is what we can hear Tokyo describing her feeling in the official trailer after the gang has been shut in the Bank of Spain for over 100 hours.

On the other hand, the Professor reveals to his team that the stormwater tank has been discovered while Colonel Tamayo gets ready for the army to enter the Bank of Spain. What happens next is leaving us impatient and just like us, sure fans are worried if the gang can gather their strength to fight against the upcoming ordeal.

First time, the Professor, who has been captured by Sierra, does not have an escape plan or plan B. Money Heist Part 5 will launch in two instalments, volume 1 on 3rd September and volume 2 on 3rd December 2021.