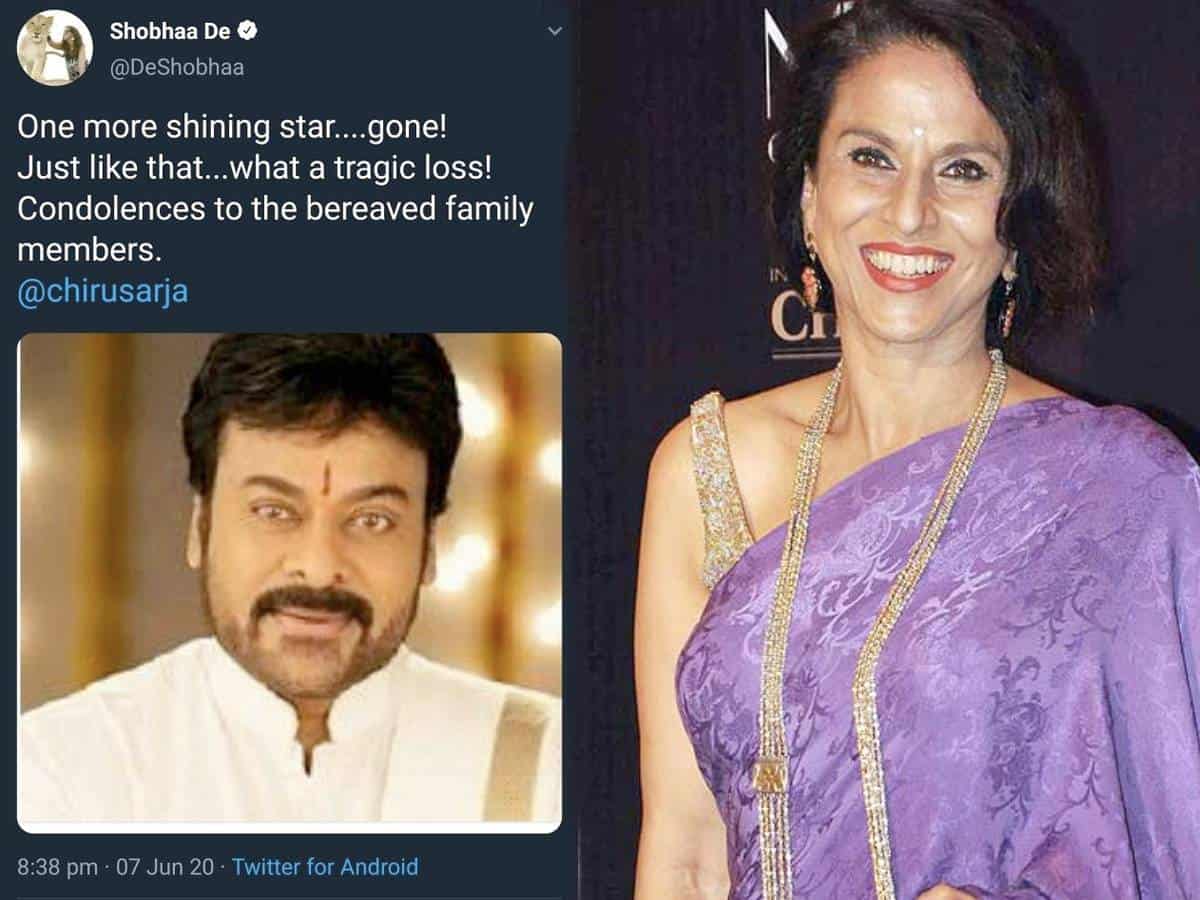 One should read the news article past the headline – This has been proven once again as the popular Indian columnist and novelist, Shobha De posted a piece of hoax information out of confusion or we might say, out of apathy in checking the facts further.

The Indian film industry has lost a young and talented Kananda actor, Chiranjeevi Sarja yesterday due to heart attack. He was quite popular in South with a considerable amount of fan base. Many celebrities have poured in condolences messages and expressed shock and grief over Chiranjeevi Sarja’s sudden demise. Among them, Shobha De also took to Twitter and offered her condolences to Chiranjeevi Sarja.

But, without checking the facts, she posted Tollwyood’s megastar Chiranjeevi’s picture and wrote RIP. Out of confusion between Megastar Chiranjeevi and Chiranjeevi Sarja, the writer unintentionally misinformed her followers about the news. Sharing the tweet, she penned, “One more shining star…gone! Just like that… what a tragic loss! Condolences to the bereaved family members. @chirusarja”, along with Telugu megastar’s picture.

This has definitely left a megastar fans hurt and disturbed as the tweet was itself a bit infuriating. Deeply upset Mega fans trolled her badly. This explicitly tells us that one should do the act of verifying the information twice before posting anything on the internet.

Talking about the late Chiranjeevi Sarja, the actor, who was also the nephew of senior actor Arjun Sarja, passed away in Bengaluru hospital due to a heart attack after complaining of severe chest pain and breathlessness on Saturday night. He is survived by wife and actress Meghana Raj, whom he married in 2018.