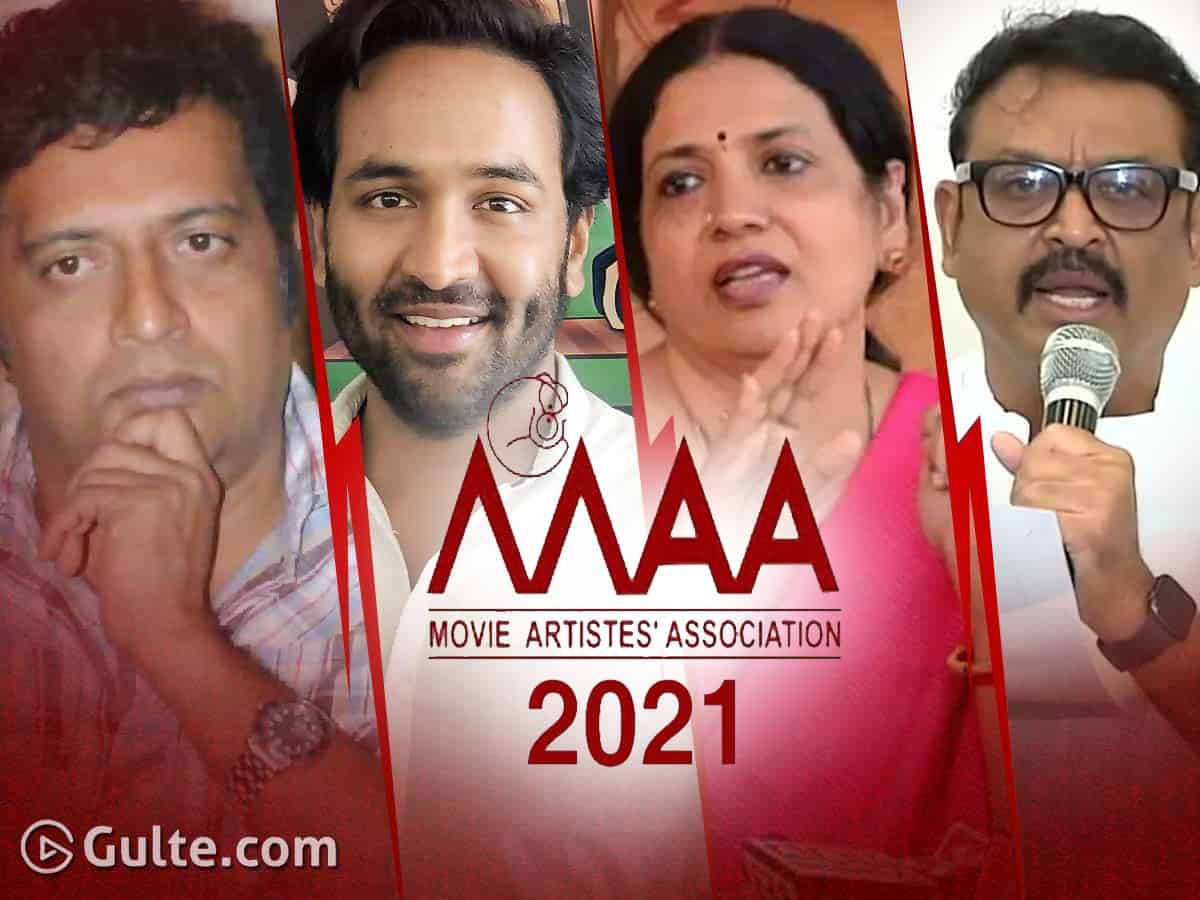 There is a huge buzz in the film industry saying that the elections of the Movie Artists Association (MAA) will be held on September 12. Thus, all the presidential contestants who have intensified their campaigns and playing their own games to get the seat.

Mostly, the competition will be between Prakash Raaj, Manchu Vishnu, and Jeevitha Rajasekhar. Earlier, Hema was also in contention. However, a show-cause notice was served to her for making allegations on the current president Naresh. So, people may not support her being the president.

Meanwhile, the other three are trying their best to gain the support of MAA members. Already, Chiranjeevi’s camp declared its support to Prakash Raaj. The actor also announced his panel. We hear that he is hosting parties regularly as well.

Most of the other big heroes are supporting Manchu Vishnu. It is reported that he also hosted a lunch recently. He also promised to construct the MAA building with his own expenses.

Jeevitha is yet to start her campaign but we hear that she is also making enough plans to give tough competition to her counterparts.

The sources claim that the fight will be between Prakash Raaj and Vishnu, while Jeevitha may play spoilsport by segregating the vote share. On the whole, MAA elections are turning out to be a triangular competition this time.