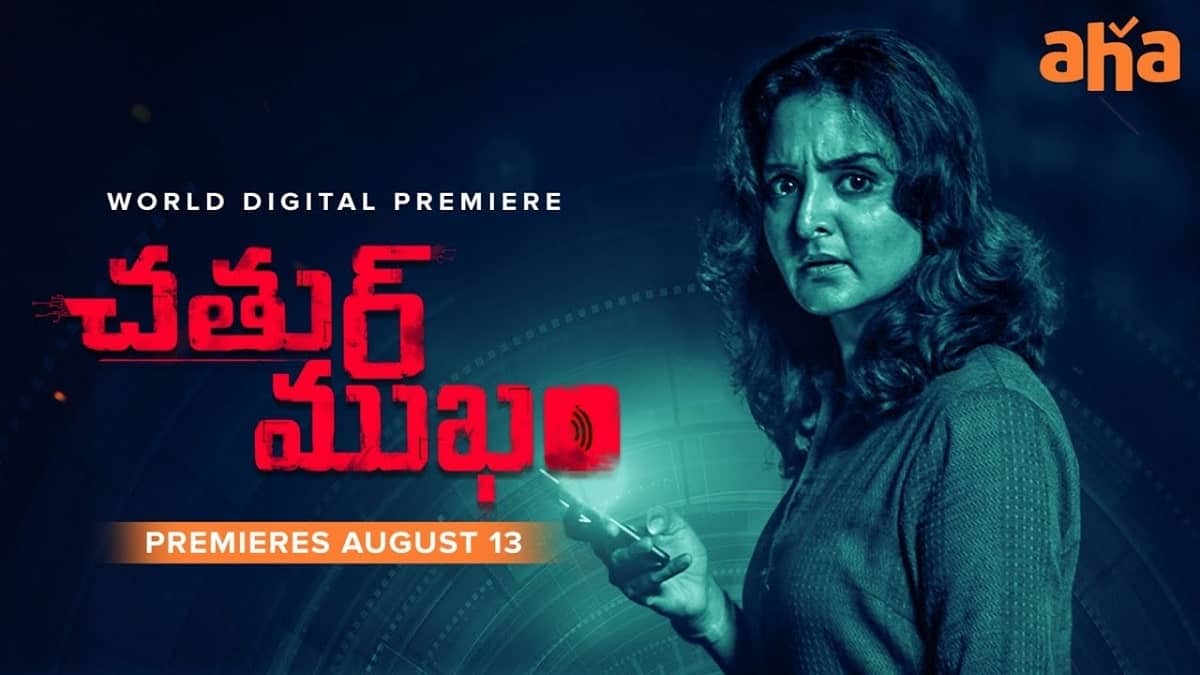 Apart from releasing exclusive Telugu content, Aha is also known for dubbing super hit thrillers from various languages. Even this week, the OTT platform decided to come up with a dubbed film and this time, it is the Malayalam thriller Chathur Mukham.

Aha dubbed the film with the same title in Telugu. It has premiered on the platform today. Touted to be South India’s first techno-horror movie, Chathur Mukham features Manju Warrier in the lead role. The story revolves around a woman who faces supernatural forces through technology.

What is the reason behind such a bizarre phenomenon and how she came out of it forms the major crux of the film. Sunny Wayne, Niranjana Anoop, Rony David, and Srikanth Murali played the other important roles in the movie.

Ranjeet Kamala Sankar and Salil V have jointly directed the film. Jiss Toms and Justin Thomas have bankrolled the project. People who love watching horror thrillers can now catch the film on Aha.