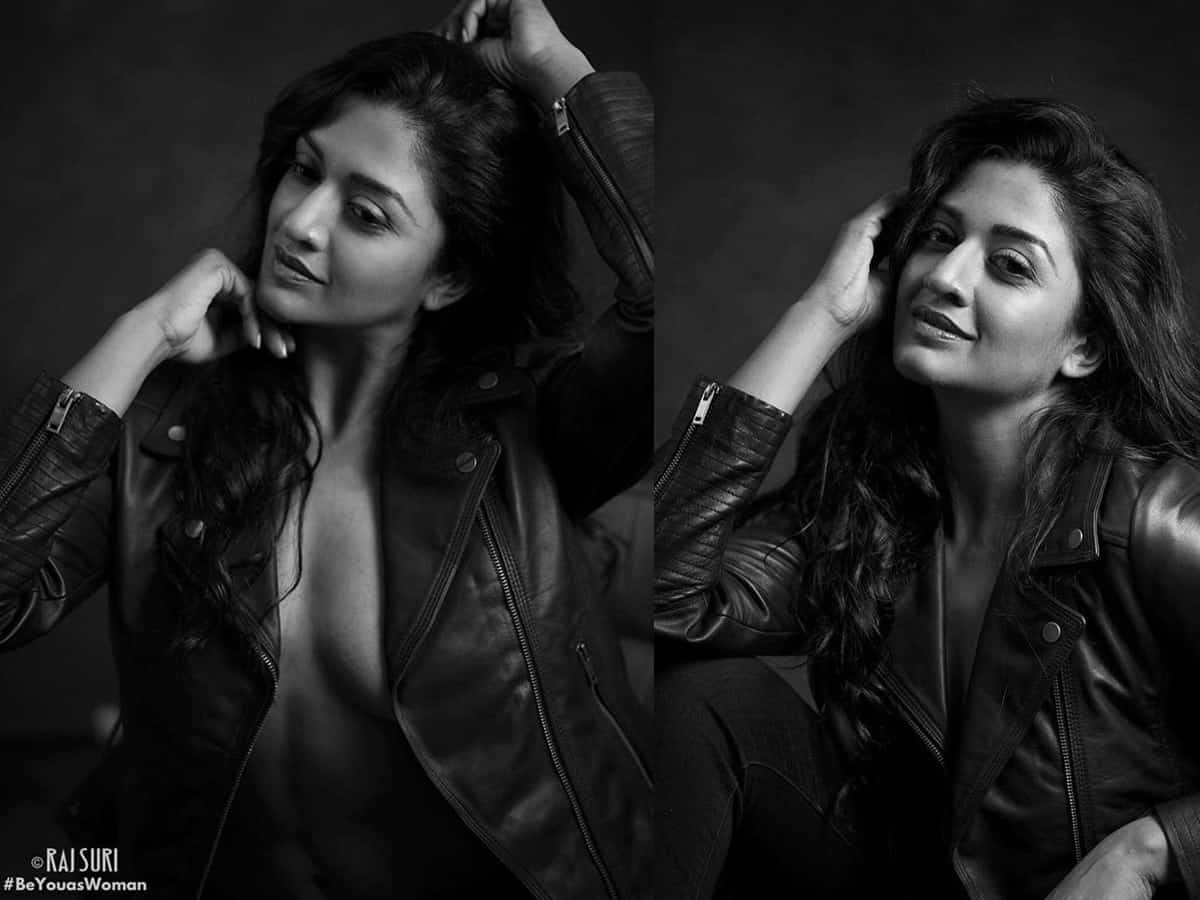 Indian Australian model-actress Vimala Raman acted in quite a good number of South films and is now acting in a web series Pub Goa. The actress in her recent photoshoot posed as is, without much makeup, and even the pictures were not retouched just to represent #BeYouasWoman.

Vimala Raman posed for the black and white photoshoot by an Aussie-Indian Photographer Raj Suri, in this multicultural and diversity representation, wherein she looked extremely alluring in her dark leather jacket opened up on the front.

With the ongoing race controversies, Vimala Raman seems to have decided to stand up against racism. She also hash-tagged the pictures with #purebrown and #mutedcolors.

Vimala is rumored to be in an affair with Vinay Rai of Vaana fame and the couple shared a lot of pictures together on their respective Instagram accounts.