NBK@60: A Landmark Journey Of Legacy 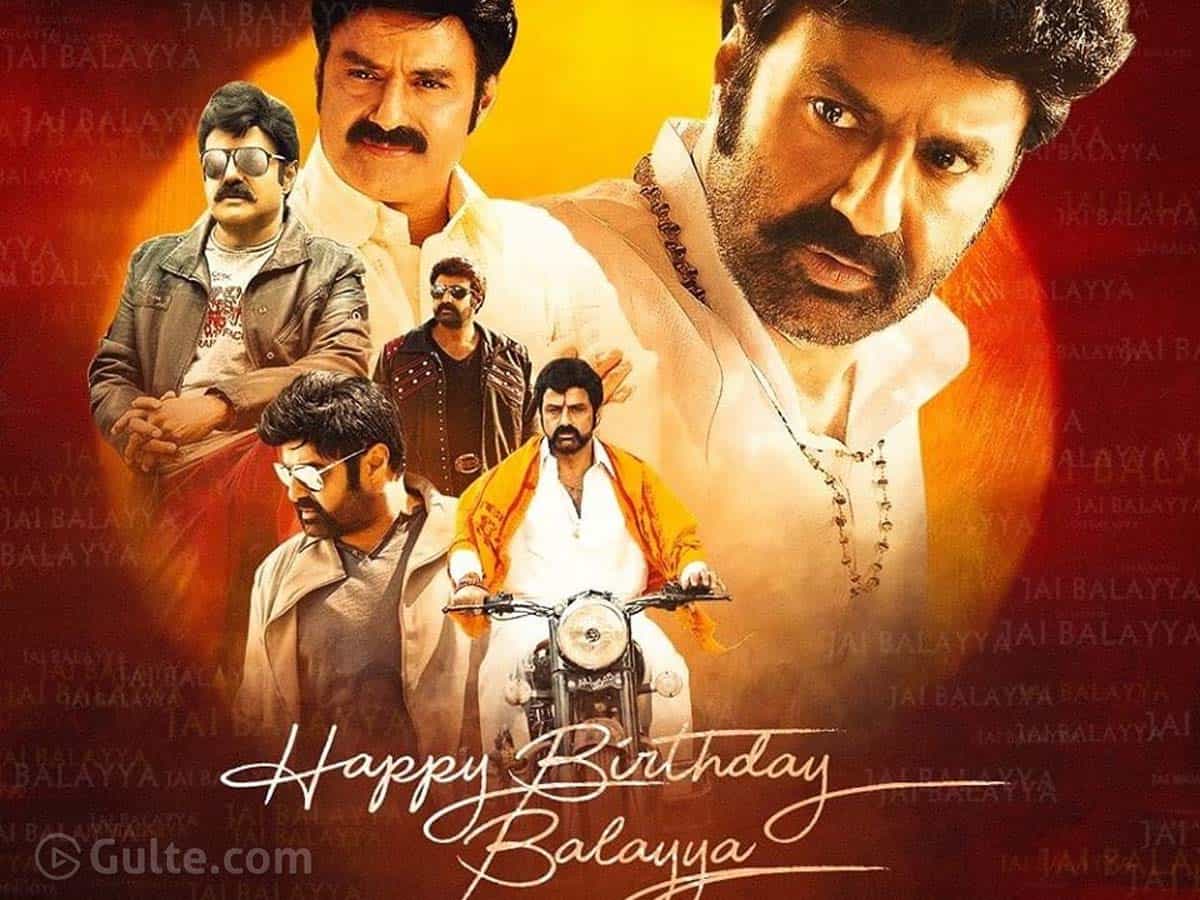 Being a son of a prominent celebrity is not a bed of roses. It’s especially very challenging when you’re a son of a legend like NT Ramarao. But NTR’s sixth son Balakrishna has been successfully continuing the Nandamuri legacy for the last 46 years, ever since his entry into showbiz.

Following his father’s footsteps, Balayya made his acting debut with Thathamma Kala in 1974 under his father’s direction. Since then, there’s no looking back for Balayya and he continues to be one of the most sought-after heroes in Tollywood till date.

It’s not an exaggeration to say that Balakrishna, after his father, is the only Tollywood actor who proved his versatility by donning various memorable characters in different genres ranging from mythological epics to social dramas and even village tales to sci-fi entertainers in his 106 film career.

His mythological roles in movies such as Daana Veera Soora Karna and Sri Tirupati Venkateswara Kalyanam, village man avatars in Muvva Gopaludu, Bangaru Bullodu, Mangamma Gari Manavadu and the quintessential action hero avatars in the blockbuster commercial potboilers like Rowdy Inspector and Samarasimhareddy will forever remain to be his career best.

While Balayya’s royal screen presence and dialogue delivery are much alike his father’s, he also carved a special fan base for himself for his energetic dances.

During his father’s reign, Balakrishna’s role in active politics was almost negligible. He was later a strong pillar of support to his brother-in-law Nara Chandrababu Naidu. It’s only after his full-fledged entry into politics as the Hindupur TDP MLA since 2014 that Balayya made his signature in politics.

Like his father’s spotless political regime which never had a trace of corruption, even Balakrishna is known for his transparency and corruption free service as an MLA in Hindupur. In fact, despite the strong YSRCP wave and anti-incumbency sentiment, Balayya managed to retain his seat in the 2019 general elections only because of his service in his constituency.

Much like his father, Balayya strived for the welfare of the poor. His schemes for drinking water and medical department in Hindupur received much praised from all quarters. It’s not an exaggeration again to say that Balakrishna is one of the prominent TDP leaders to head the party after Nara Chandrababu Naidu. In fact, at one point, Balayya fans had a strong desire to see him at the Chief Minister of Andhra Pradesh.

Like all other celebrities, Balakrishna too has had his share of controversies. Always known for his child-like straightforwardness and short-tempered nature, Balayya landed in several controversies throughout his career.

To conclude, even though he hails from an iconic film and political family, Balakrishna successfully carved his own image without depending on his father’s legacy. But what’s heartening is that, despite all his achievements as an actor and politician, Balayya still proudly claims to be following his father’s footsteps in entertaining fans and serving the people.