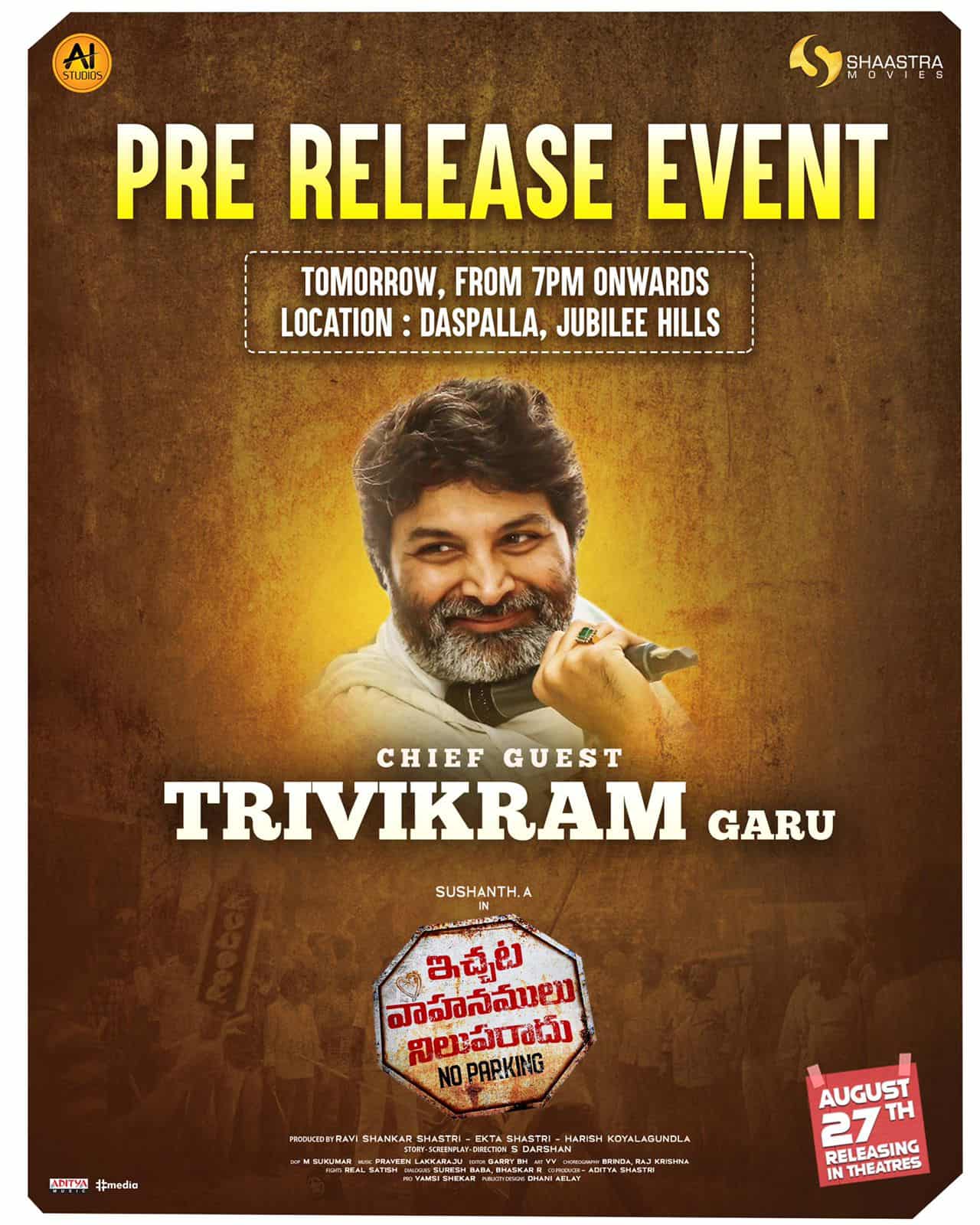 Sushanth’s Ichata Vahanamulu Niluparadu has managed decent buzz thanks to its interesting trailer and good songs. The movie releases on August 27th.

Meanwhile, the Pre-release event of the film will happen tomorrow in Hyderabad. ‘Wizard Of Words’ Trivikram Srinivas will the Chief Guest for the event.

Ichata Vahanamulu Niluparadu is a story which revolves around a bike. Akkineni Venkat will be seen in a crucial role in the film which has Meenakshi Chaudhary as the female lead. S Darshan makes his directional debut with this film.