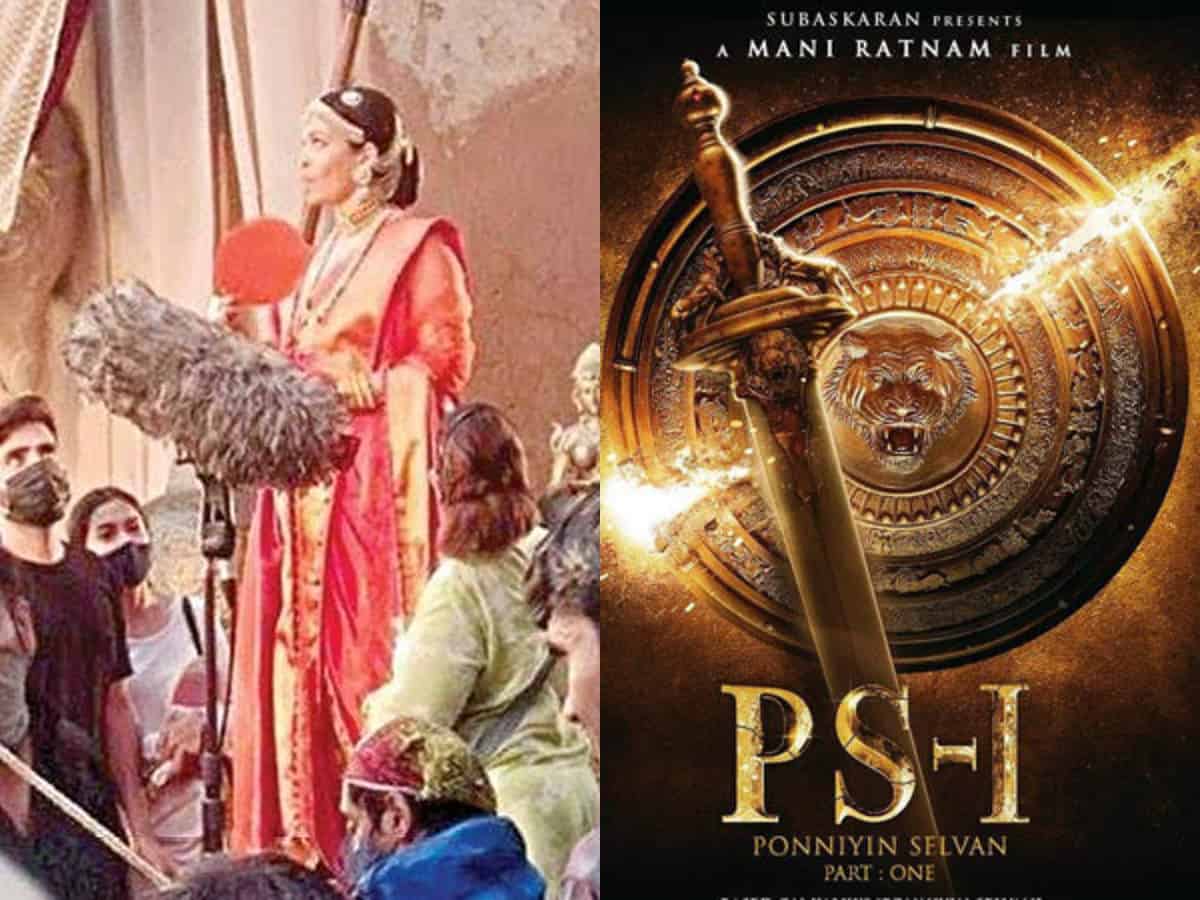 Aishwarya Rai Bachchan’s first BTS picture from the sets of the upcoming film, Ponniyin Selvan is now going viral on the internet. The film is directed by Mani Ratnam.

Aish can be seen dressed in a red ensemble and heavy jewellery in the leaked photo. She can be seen surrounded by the crew members. The actress was in Puducherry last week for the shooting. As reported earlier, Aishwarya Rai will be seen playing two roles – Nandini and Mandakini Devi.

Ponniyin Selvan shooting is currently progressing at a brisk pace in Orchha, Madhya Pradesh. The film will feature Vikram, Karthi, Trisha Krishnan, Prakash Raj, Jayaram, Jayam Ravi and Aishwarya Lekshmi among others. It is being produced by Lyca Productions.

Aishwarya announced her association with the film by writing: “The golden era comes to life. Mani Ratnam’s Ponniyin Selvan PS1.” The period drama is based on Kalki Krishnamurthy’s popular historical novel Ponniyin Selvan.