Avinash Engagement After Breakup With Ariyana? 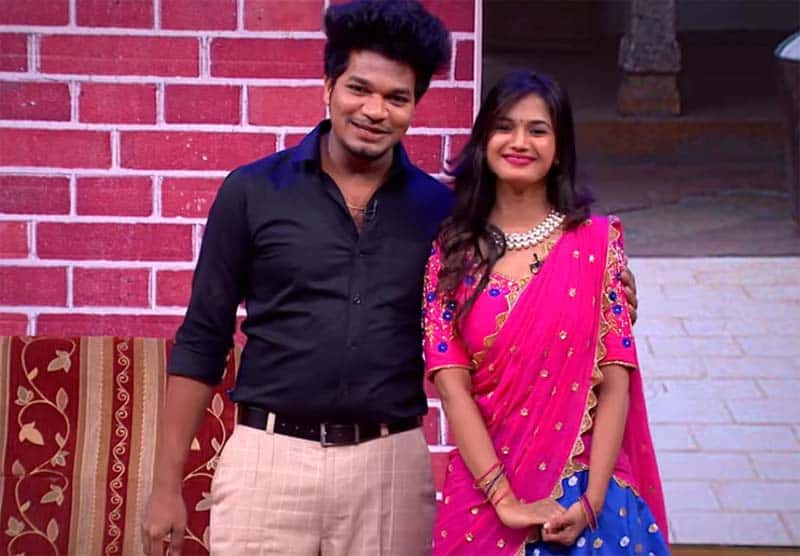 Jabardasth fame comedian Avinash, who has now settled in Star Maa, has other day surprised everyone when he posted his engagement pictures on social media. When everyone is thinking that he is dating another Bigg Boss contestant, anchor Ariyana Glory, this came as a shocker for all. And here is a gossip doing rounds.

They say that Avinash and Ariyana are a ‘thing’ and then pressure is coming from the comedian’s family to get married. But after doing that spicy interview with Ram Gopal Varma, it is heard that offers are flowing in Ariyana’s way, from TV shows to small budgeted films.

Owing to them, the anchor is said to have decided to focus on glamour and career rather than getting married and retiring. Since then Avinash and Ariyana are said to be finding it tough to go ahead, as the hottie laid her focus on career than love life, and decided in the last minute to not at all marry Avinash. They say that this led to Avinash marry his childhood friend, who is also well known to his family.

But some insiders revealed that Avinash and Ariyana just played along during Bigg Boss to garner attention but there is no such thing as a love affair. They say that Avinash is always in love with the one he got engaged to and rumours about Ariyana and him are just a work of gossip mills. On the other hand, we have to see how far Ariyana will succeed in Tollywood as no other Bigg Boss contestant has so far made it big in this industry.