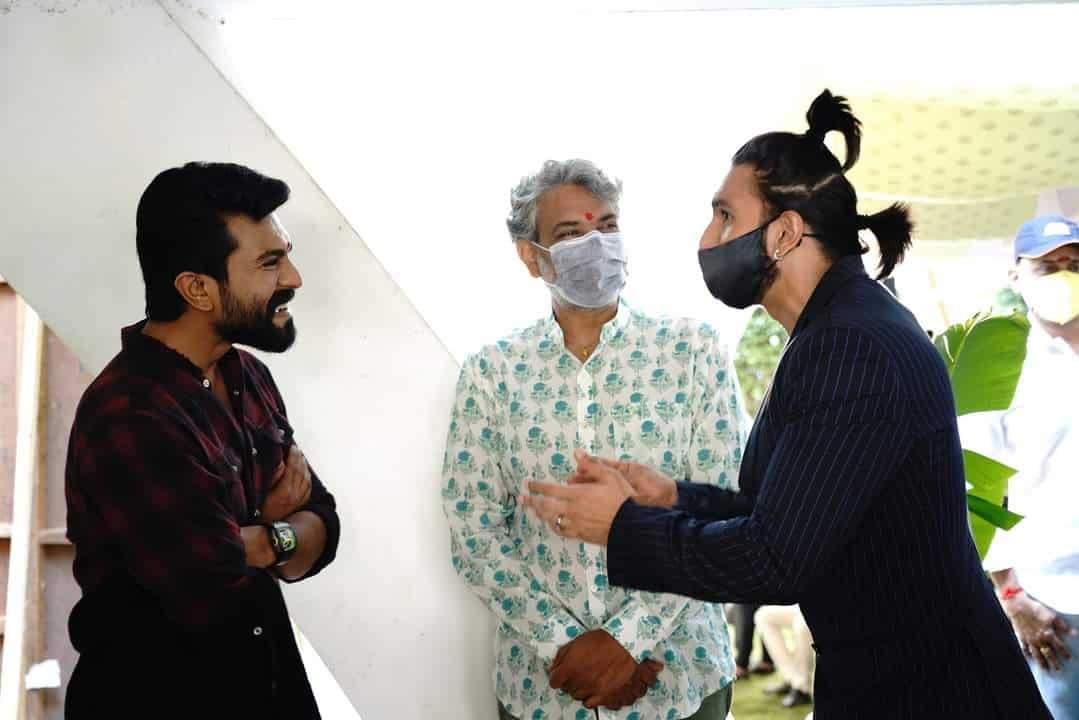 Bollywood actor Ranveer Singh is known for his wacky fashion sense. We have seen him sporting weird getups in the past. Once again, the Padmaavat actor made it to the headlines with his attire.

Ranveer is in Hyderabad right now and he has attended the launch event of Ram Charan’s upcoming film with director Shankar, earlier this morning. At this event, Ranveer was spotted wearing a black blazer.

But what catches our attention is his hairstyle. The actor came with two ponytails and grabbed all the eyeballs at the event.

Even the audiences are quite shocked and surprised to see him in such an unusual hairstyle. But if you know him well, you wouldn’t be surprised for sure.

Along with Ranveer, Megastar Chiranjeevi and director SS Rajamouli have also graced the event as chief guests.