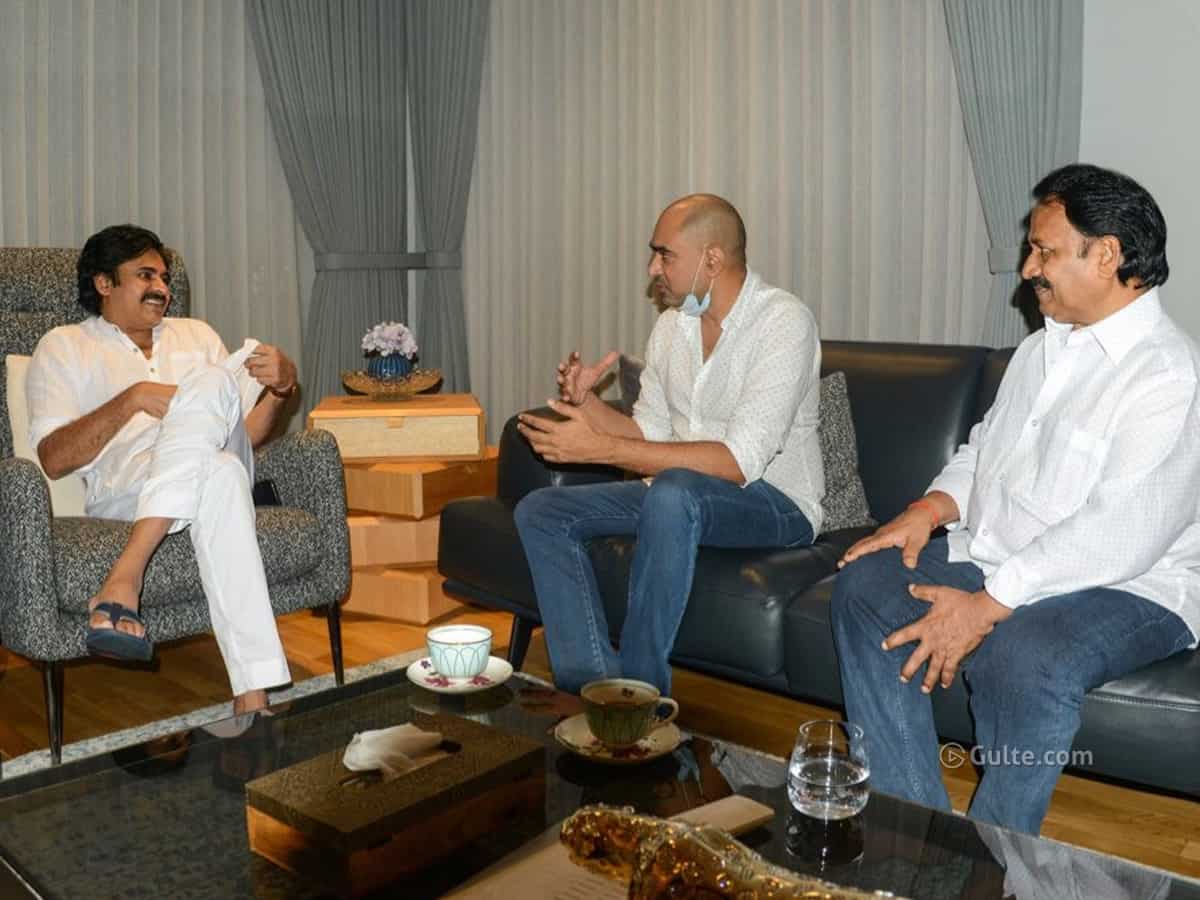 Apparently many are shocked as to why director Krish Jagarlamudi has carved out another movie, Vaishnav Tej and Rakul Preet’s Kondapolam when he is busy with the filming of Pawan Kalyan’s Hari Hara Veeramallu. Answering all this talk, the other day director surprised many when he met Pawan along with his producer AM Ratnam, to discuss the next schedules.

Usually, pictures of such meets don’t come out but the producer made sure that they will tell Pawan Kalyan’s fans, what is really happening with the film. Reports are now coming that Krish, who has already taken PK’s permission to carve out Kondapolam in the schedule gap, is said to have shown the trailer to the matinee idol. With Pawan being an avid reader and also a fan of that particular novel Krish made into a movie, the Janasenani is said to have appreciated the talented director big time for his conviction, visualisation and quick filmmaking abilities.

Definitely, Pawan’s appreciation is said to have given huge josh to Krish and he will be now planning a massive promotional schedule for Kondapolam, while he is also focusing on the making of Hari Hara Veeramallu whose upcoming schedule will involve a lot of visual effects work, and hence meticulous planning is required.

On the other hand, Hari Hari Veeramallu is going to be Krish’s second epic fantasy film after Gauthamiputra Satakarni, and many are looking forward to seeing Pawan Kalyan in his first-ever costume drama movie this way.