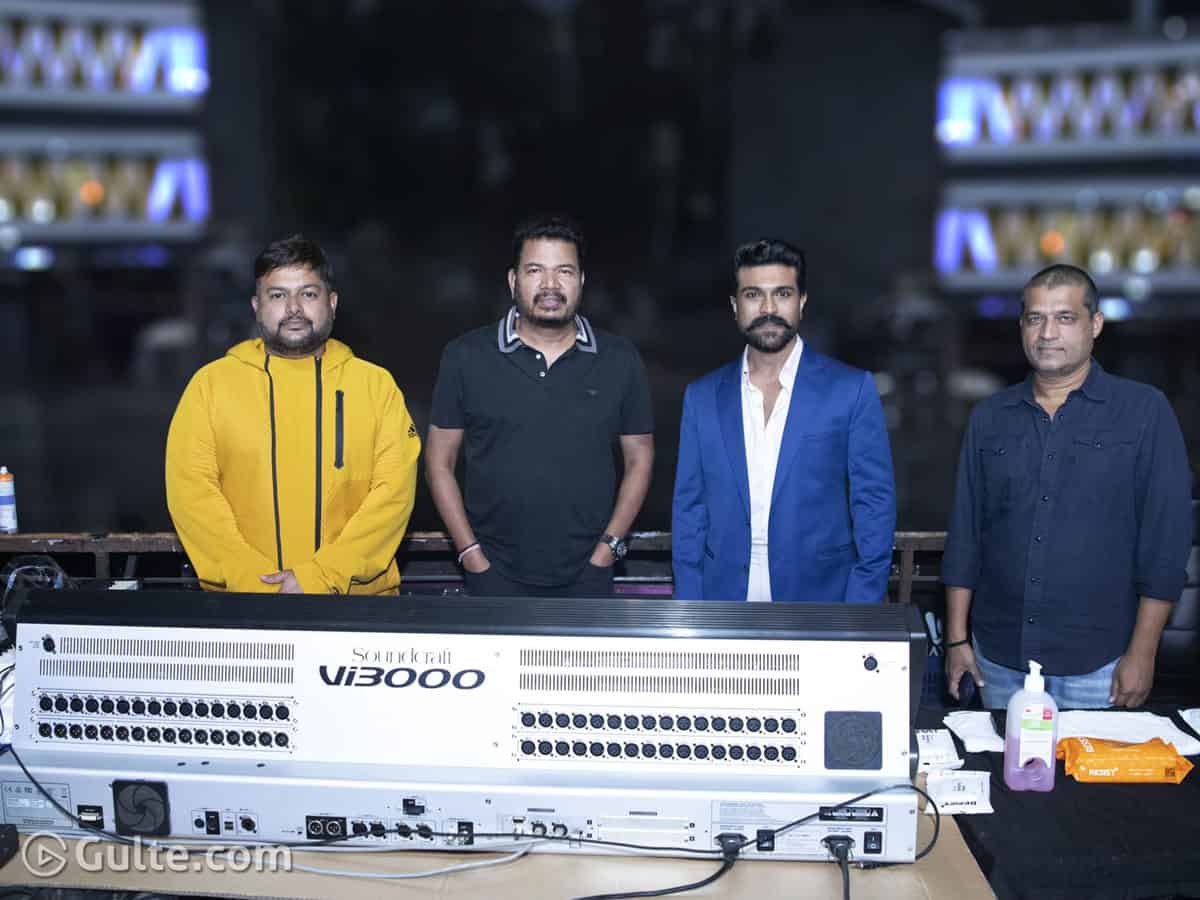 The much-anticipated project of Ram Charan and director Shankar was launched a few days back in Hyderabad. Tentatively called #RC15, this movie is being produced by Dil Raju. Thaman is composing the music of it.

This is Thaman’s first collaboration with Shankar. Earlier, the music composer acted as one of the leads in Shankar’s Boys but never composed music for any of the latter’s films.

In a recent interview, Thaman stated that Shankar was adamant about taking him as the music director for this film.

“Initially, I congratulated Dil Raju sir when he announced this project with Shankar sir. I thought AR Rahman sir will be the music composer. But Dil Raju garu came and told me that Shankar sir is adamant about taking me as a music director. I was working on Vakeel Saab’s re-recording at that time and I was asked to meet Shankar sir in Chennai,” stated Thaman.

“I never thought I would work for Shankar sir’s film. There are a few directors who I am sure that I may not work with because they have their own music directors. It all happened within no time. When I met Shankar sir, he asked me to compose a tune within a month. I composed one song each in March, April, and July. I am excited to work with Shankar sir but not afraid of him,” he further added.

Thaman concluded by saying, “Shankar sir always has a concept for every song in his films. There are a total of seven songs in this movie.”

Thaman acted in Shankar’s Boys that was released in 2003.