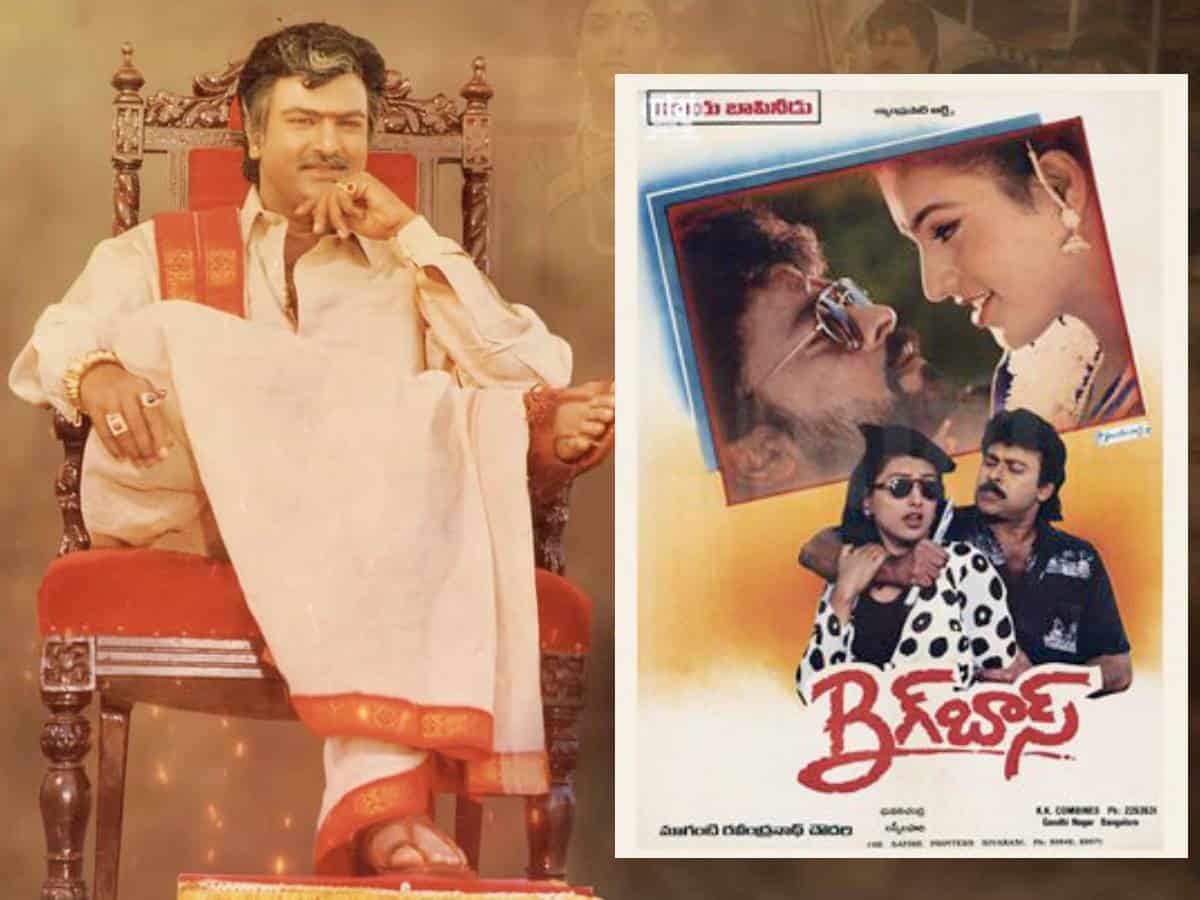 Exactly 25 years back, Megastar Chiranjeevi and Collection King clashed at the box office with their films ‘Big Boss’ and ‘Pedarayudu’ respectively. Naturally the industry folks and common audiences had their attention on Chiru’s film and on the release day of ‘Big Boss’ Chiru dominated the box office.

However, on the second day situation turned upside down. Not a fly was spotted in theatres where Chiru’s ‘Big Boss’ was getting screened while houseful boards are spotted all over the theatres of Mohan Babu’s ‘Pedarayudu.’

‘Big Boss’ starring Chiranjeevi and Roja had a terrific buzz before the release. The songs have scored a huge hit among the masses. With Chiru delivering consistent hits, there were massive expectations. On the other hand, Mohan Babu was in a dull phase and so ‘Pedarayudu’ wasn’t carrying any buzz.

In an unwanted clash, both the films released on the same day and the result was shocking. Unexpectedly Chiru’s ‘Big Boss’ emerged as dud while Mohan Babu’s ‘Pedarayudu’ registered a silver jubilee hit at the box office. This result stunned the film industry too.

That’s how Mohan Babu bagged a milestone film in his career while ‘Big Boss’ remained as a nightmare for Mega fans. After this Chiru and Mohan Babu never clashed at the box office simultaneously Mohan Babu never got a hit like this till date.