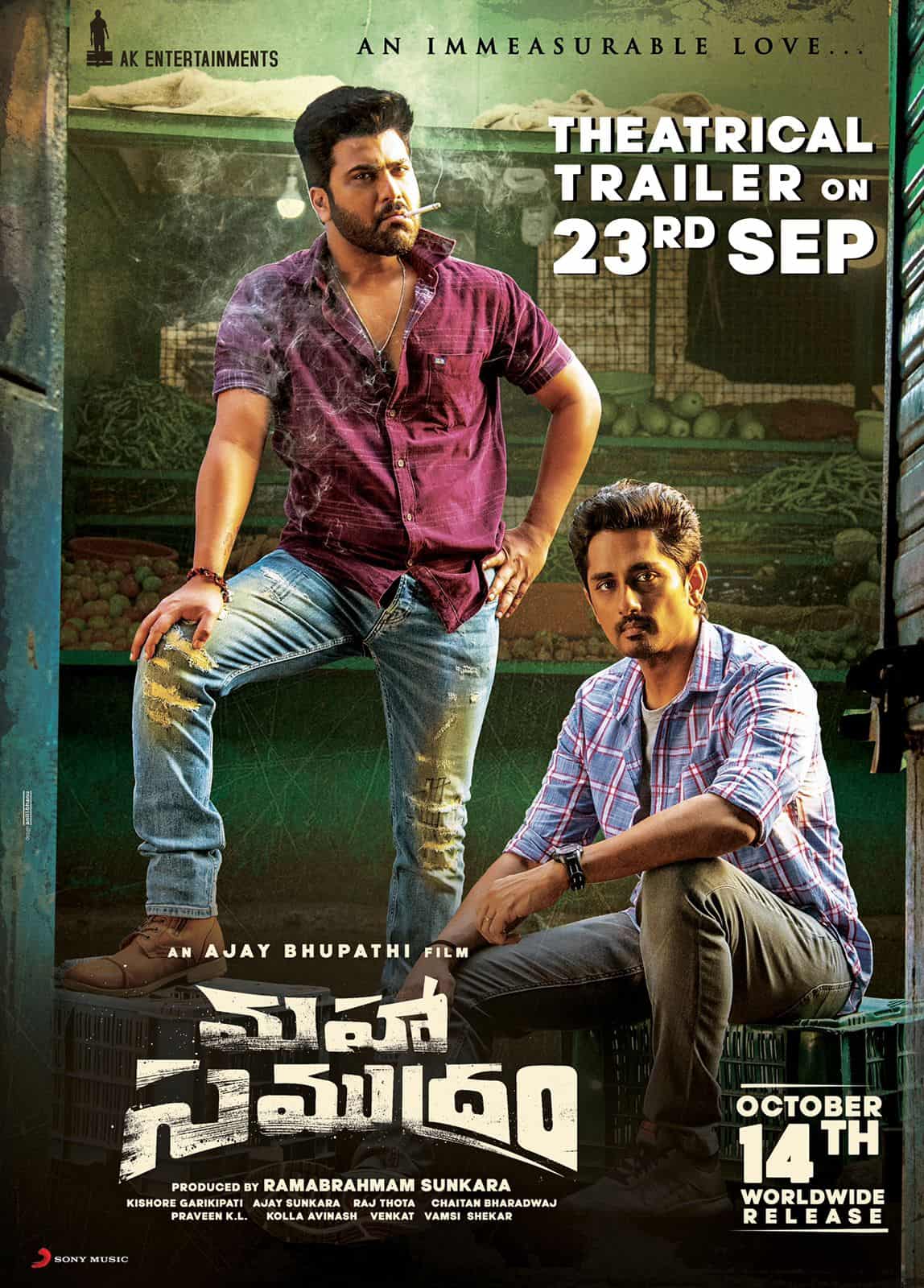 Sharwanand’s Maha Samudram is gearing up for release on October 14th. The makers are planning massive promotions for the film. Huge plans are on to take the movie into the audience.

They have now announced the film’s theatrical trailer release on 23rd September. This will be the first trailer among the Dussehra Releases. The teaser of the film and the songs released until now have set the expectations on fire.