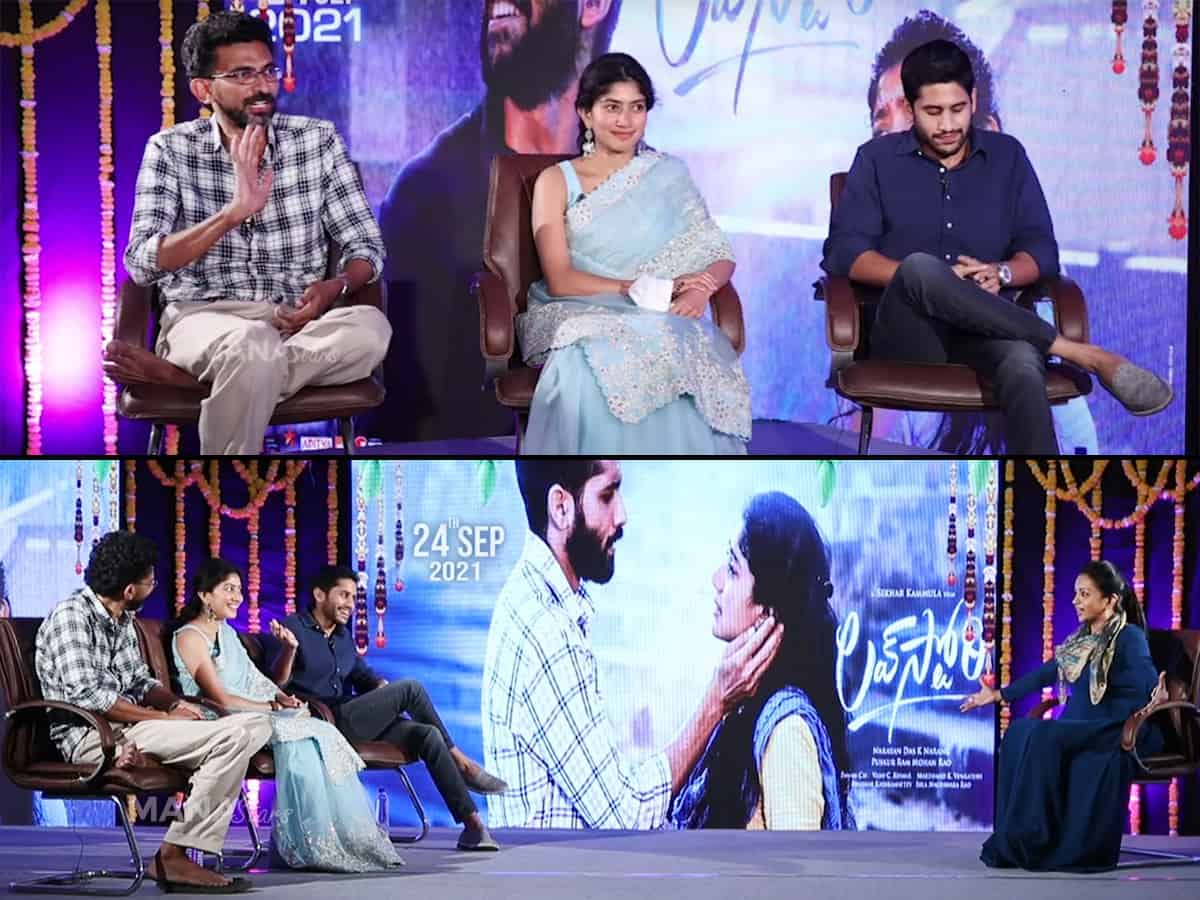 Popular and star anchor Suma is quite voracious, funny and could quickly turn around any situation. Given the fact that she hosts lots of pre-release events with elan, one could not think about anyone other than her when it comes to hosting such big scale events. However, this interview of her got on the wrong side of the viewers we must say.

Apparently, Suma’s recent interview with the Love Story movie team including director Sekhar Kammula, hero Naga Chaitanya and heroine Sai Pallavi has drawn flak. No doubt, the interview has quite a lot of fun moments with Suma questioning them some funny stuff including some in her own style of ‘controversial questions’. However, there is a big complaint from all quarters, that she hasn’t allowed the guests to speak more.

Though Chay’s honest answers, Sai Pallavi’s innocence and Sekhar Kammula’s simplicity is the main attractive factor, our star host hasn’t used that to the best. While she tried to make the interview funny, she should have got that derived from the guests rather than doing a lot of talking herself. Even though Sai Pallavi and Sekhar tried to give more answers, Suma skipped the answers and cut their talk down by shooting her next questions.

During the pre-release events, Suma’s intros invoke lots of laughs and awesomeness, but then the guests get their own sweet time to finish their speeches. Here, Suma hasn’t offered such a chance to the Love Story team. Sometimes, the old and experienced horses also get their feet wrong.