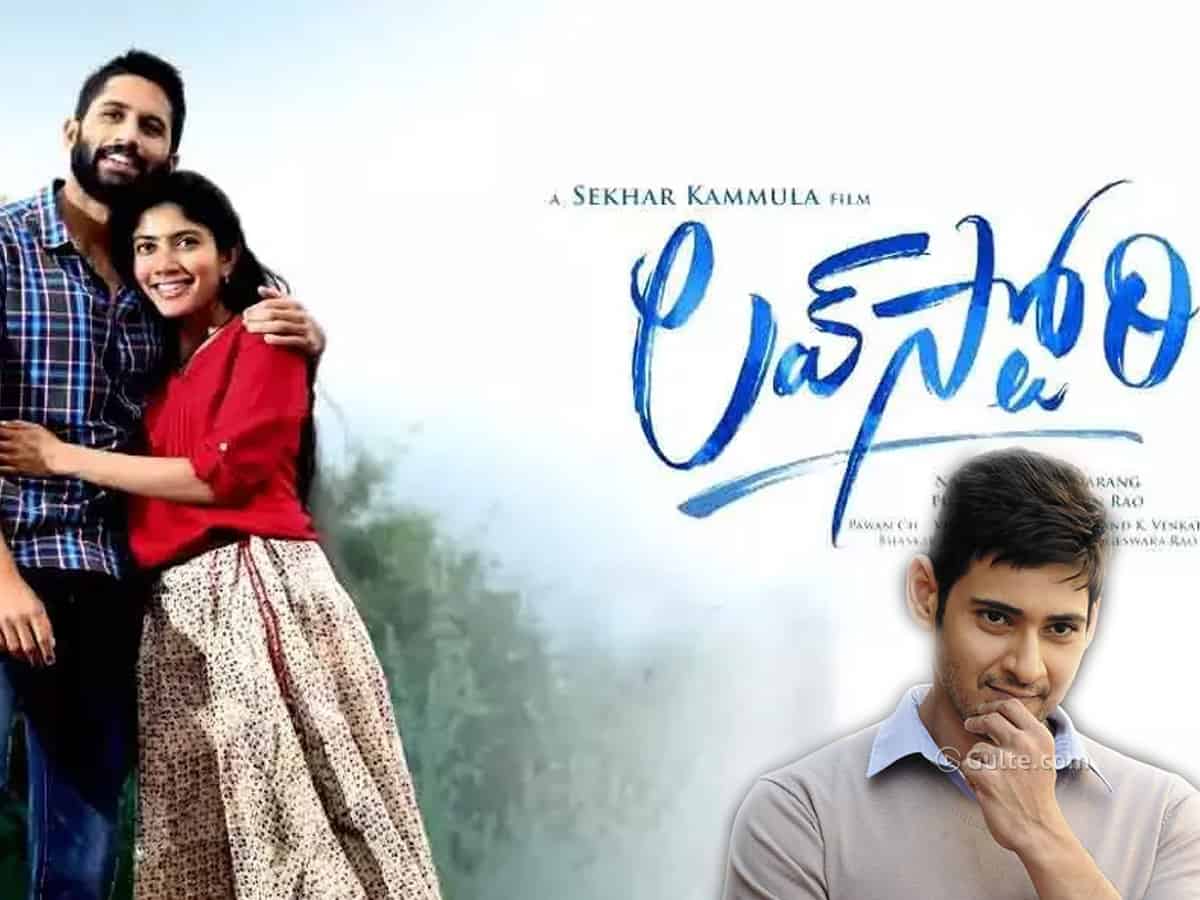 After multiple delays, Shekhar Kammula’s Love Story had hit the screens last Friday. As expected, this Naga Chaitanya and Sai Pallavi-starrer romantic drama proved to be a winner at the box office. The reviews and collections of the film affirm the same.

Superstar Mahesh Babu watched the film and raved about it on Twitter last night. He stated that Shekhar Kammula delivered a knockout film.

“#LoveStory @sekharkammula pulls all the right strings… delivers a knockout film!! @chay_akkineni comes of age as an actor, a game-changer for him… What a performance!!” tweeted Mahesh.

He praised Sai Pallavi’s performance by writing, “@Sai_Pallavi92 sensational as always… does the lady have any bones??? Haven’t seen anyone dance like this ever on screen!!! Moves like a dream.”

Just like everyone else, Mahesh loved the music of the film and tweeted, “@pawanch19…you’ll be hearing a lot more of him… what a music score… Just sensational! Heard he’s a disciple of @arrahman.. Rahman sir, you’ll be proud of him.”

“Big congratulations to producers #NarayanDasNarang sir #PuskurRamMohanRao @AsianSuniel@SVCLLP #AmigosCreations for delivering a much needed blockbuster in these testing times,” the actor further added.