Nani Made Me Cry: Shahid Kapoor 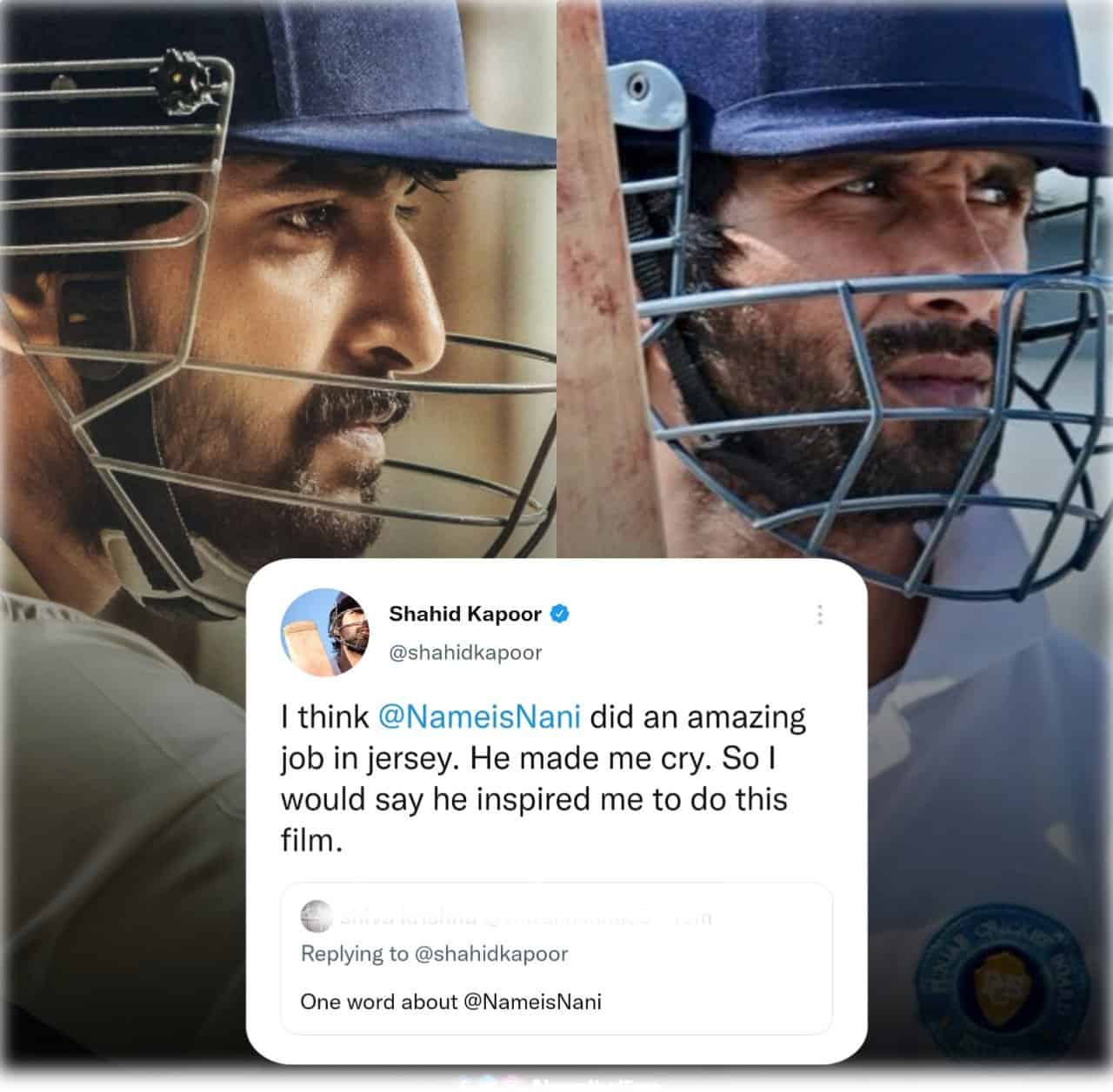 After Maharashtra government has allowed theaters to re-open from October 22nd, Bollywood is in a rush to book the release date. Shahid Kapoor’s Jersey is announced for December 31st, 2021 release.

Jersey is the official Bollywood remake of Telugu hit made with the same name. Shahid Kapoor in an interaction with fans on Twitter is in all praise for Nani and his performance in the Original.

“I think @NameisNani did an amazing job in jersey. He made me cry. So I would say he inspired me to do this film,” the actor said. The tweet is going viral on social media.

The movie directed by Gautham Tinnanuri and produced by Sithara Entertainments is a hit and also got a couple of National Awards. It will mark the Bollywood debut of Senior Telugu Producer, Dil Raju.