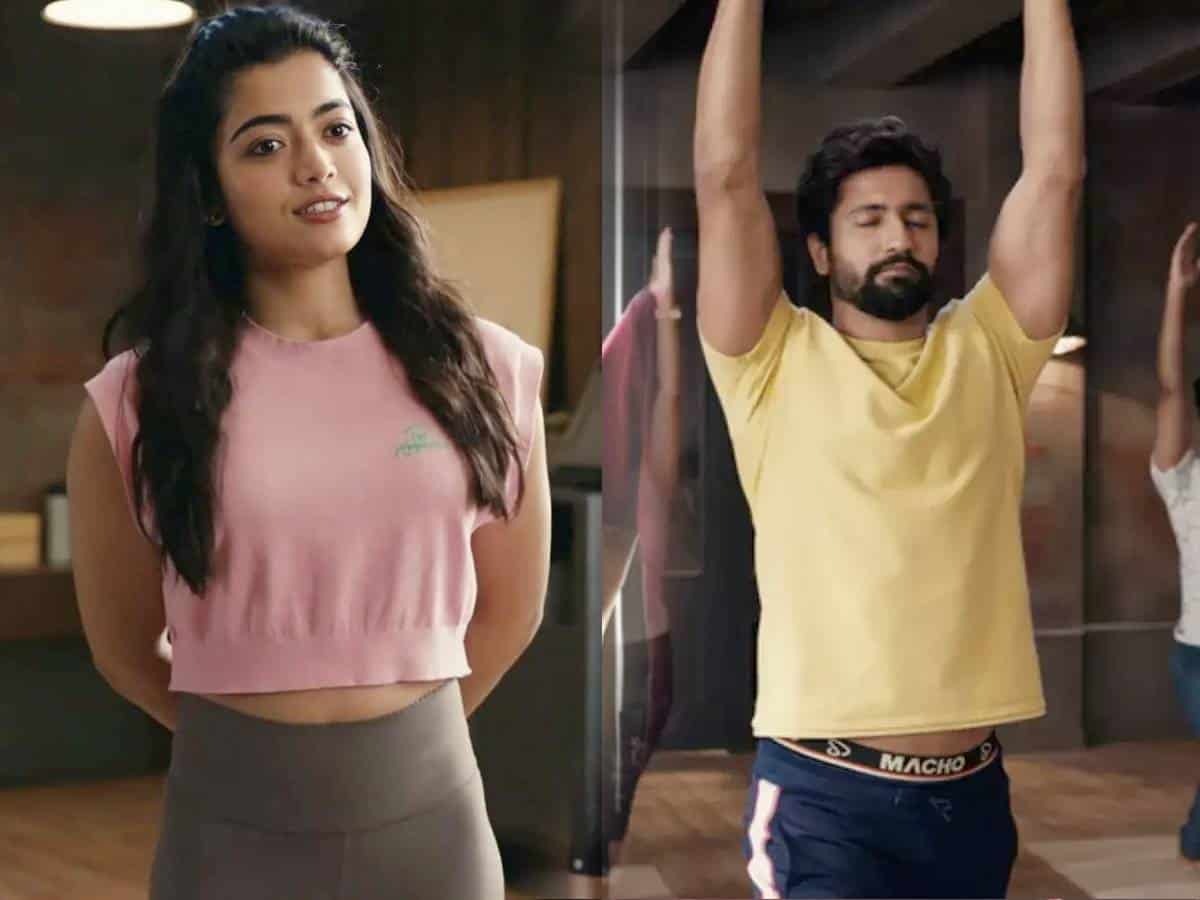 There is no stopping for Rashmika Mandanna right now. Currently, she is one of the busiest heroines in the country who is occupied with multiple projects in various languages. Meanwhile, Rashmika is also signing various brand endorsements of late.

Recently, the Chalo actress was seen in the ad commercials of men’s undergarment brand Macho. She acted alongside Vicky Kaushal in these commercials. In every ad of this campaign, we can see Rashmika staring at the strap of Vicky Kaushal’s underwear.

Thus, these ads are now being criticized on social media. The netizens stated that the standards of this campaign are very low and is passing a wrong message to society.

“The advertisement of Amul Macho was TERRIBLE. These Cheap ads are not expected from you Geetha,” wrote a user on Twitter.

“Nowadays what is going on with underwear advertisements. 1st Lux Cozi ad was making nonsense and discomfort on TV and now MACHO ad also going on the same path. What the hell is happening with the publicity team of underwear, deodorant companies,” wrote another user.

Though there is a backlash on social media, neither the brand nor the advertising agency has responded to the criticism yet.

However, some fans are happy to see Rashmika sharing the screen space with Vicky Kaushal. They are expecting a movie in this combo soon!