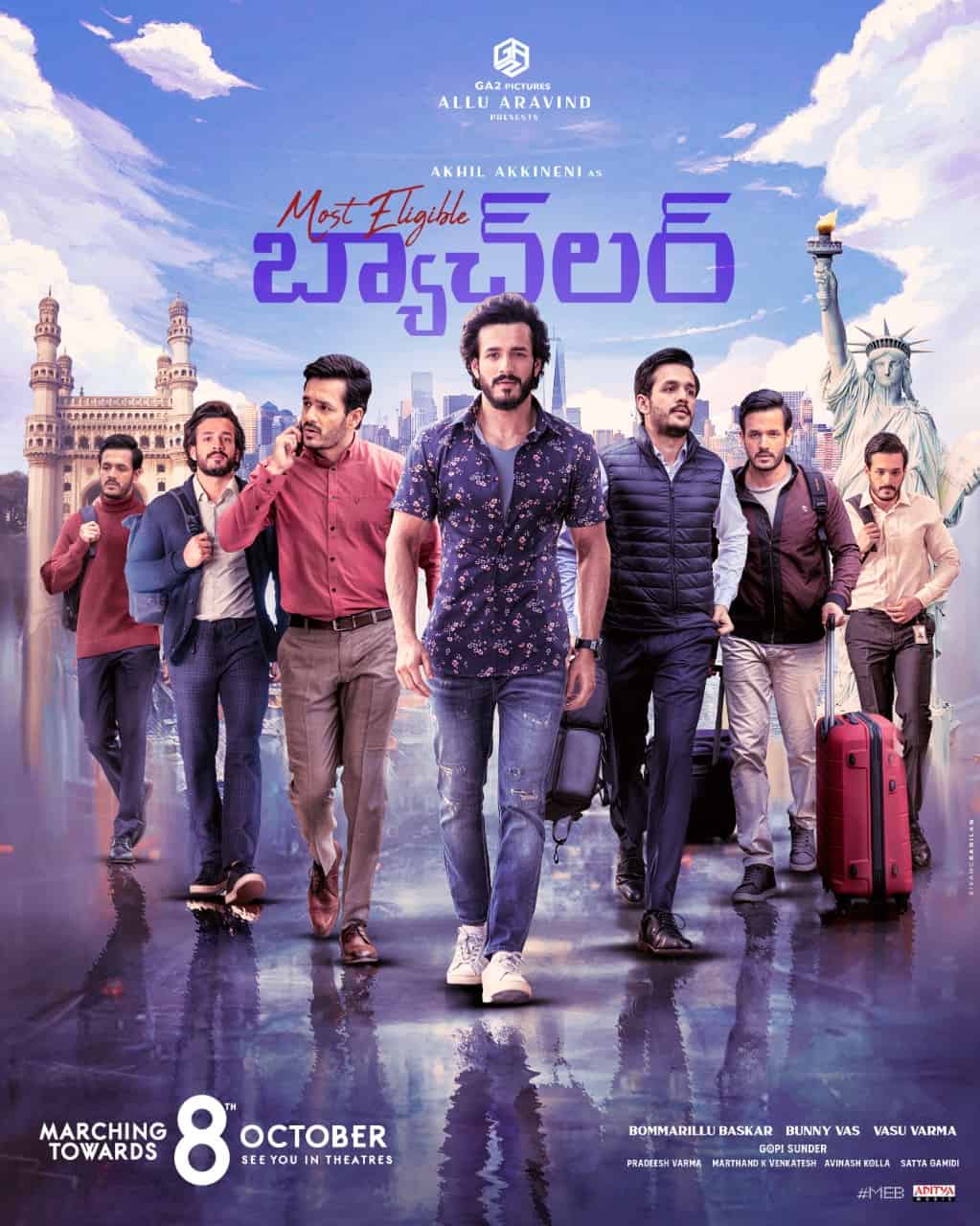 In the wake of Love Story’s amazing box office numbers, Geetha Arts is now pretty excited another Akkineni hero would also get similar patronage as the audience is rushing towards theatres if the pre-release buzz is high. We are talking about Akhil Akkineni’s upcoming film Most Eligible Bachelor, which is set for Oct 15th release.

Apparently, the buzz around Most Eligible Bachelor is a little low though the songs from the film are a super hit already. But before starting up the publicity campaign, we hear that Geetha camp is first securing a good number of theatres, their own ones and others, such that the placement for this Dasara release will be super perfect.

With Mahasamudram and Varudu Kavalenu around, surely Akhil has to create an impact with promotions and should get the best theatres to fetch good footfalls. Geetha Arts is said to be focusing on that.

And then, as his brother, Naga Chaitanya’s Love Story hungama might finish pretty soon in a week or so, it’s time for Akhil to step up the promotion game first.

Along with terrific promotions, then good theatres will come to his rescue as the star kid is waiting to score his first-ever hit movie from a long long time. If Pooja Hegde also joins him in some aggressive promotions, surely the youngster would get his mega break.