Hanu-Man’s Adventurous Acts At A Valley 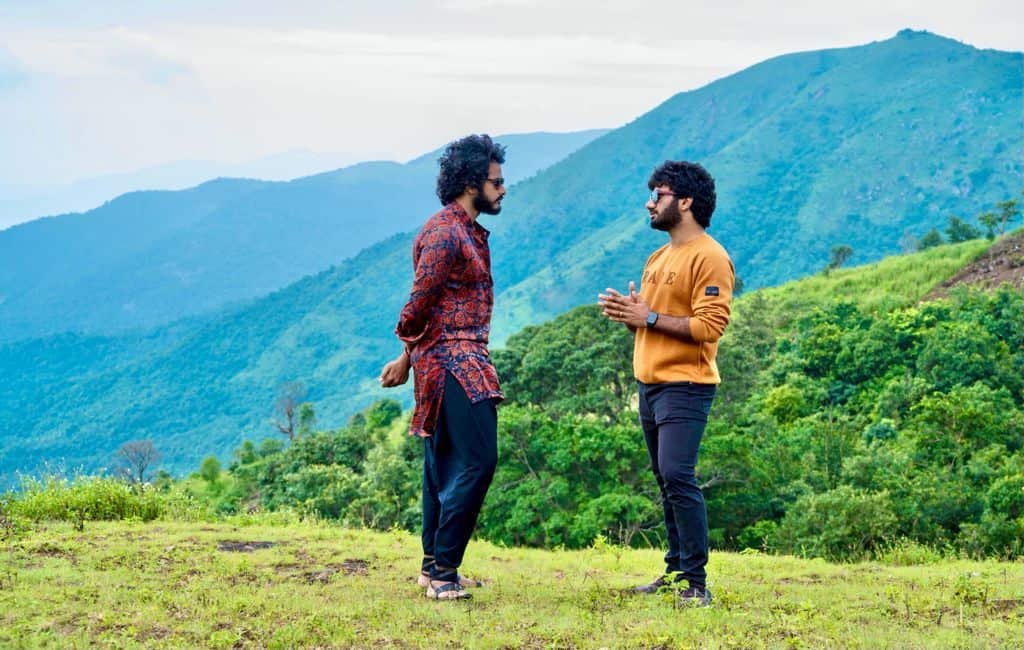 Zombie Reddy combo is back with a superhero film Hanu-Man which is fast-progressing with its shoot. Prashanth Varma presented Teja Sajja in a spectacular manner which was evident through a small glimpse released by the makers. Teja Sajja’s getup and his heroics in the video was appreciated by one and all.

Today, they have released an on-location picture. Prashanth Varma and Teja are seen discussing seriously about a scene they are about to shoot. In the ongoing schedule taking place in Araku valley, the makers are shooting fights and also songs. Hanu-Man’s adventurous acts are being filmed which are going to be one of the major highlights.

Hanu-Man will be high on action and the film is being made on large scale. Primeshow Entertainment is bankrolling the project. The makers haven’t yet disclosed heroine and other cast of the movie.