One Last Time: SPB For Rajinikanth 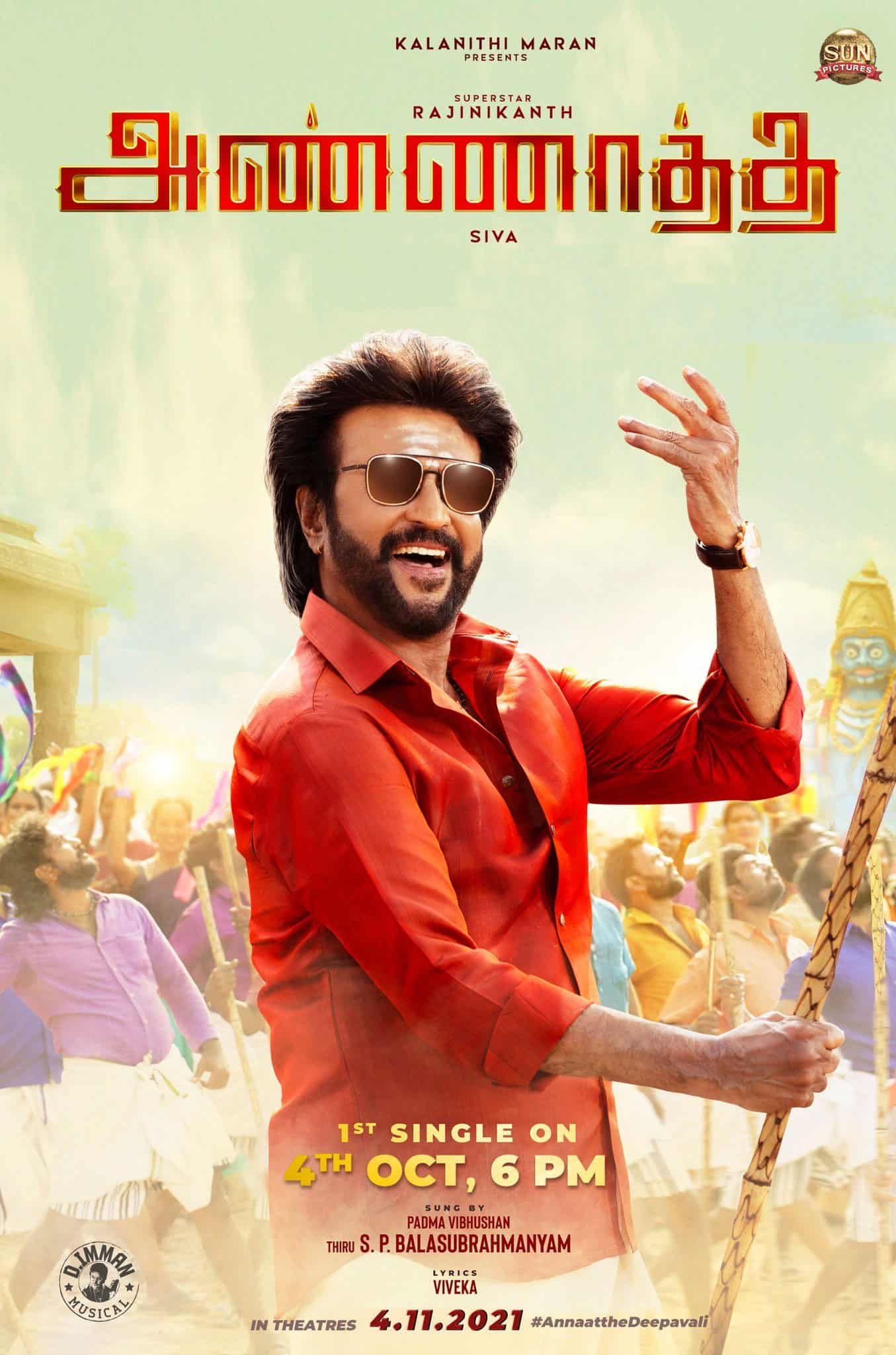 Superstar Rajinikanth’s upcoming film Annatthe promotions are going to begin soon. The film unit confirmed the release of the film’s first single on 4th October. The song was crooned by the legendary singer SP Balasubrahmanyam. It will be the last song of SPB for a commercial film and for Rajinikanth, in particular.

The film unit confirmed the song’s release with an interesting poster. In the poster, we can see Rajini sporting a stylish mundu look with full swag. The makers wrote, “#AnnaattheFirstSingle sung by the legendary Padma Vibhushan Thiru #SPBalasubrahmanyam is releasing on October 4th at 6 PM!.”

There are many fans for the Rajini-SPB combo. Many introduction songs of Rajinikanth, sung by SPB became instant chartbusters. Even in recent times, the songs in their combination registered a big success.

Directed by Siruthai Siva, Annatthe is produced by Sun Pictures. The film’s music is composed by D Imman. Khushbu, Nayanthara, Meena, Keerthy Suresh, Prakash Raj, Sathish, Soori, Abhimanyu Singh, and Robo Shankar play pivotal roles in the film. The film will hit the screens on November 4th, 2021, on the occasion of Diwali.