Rakul Busts All The ‘Surgery’ Myths 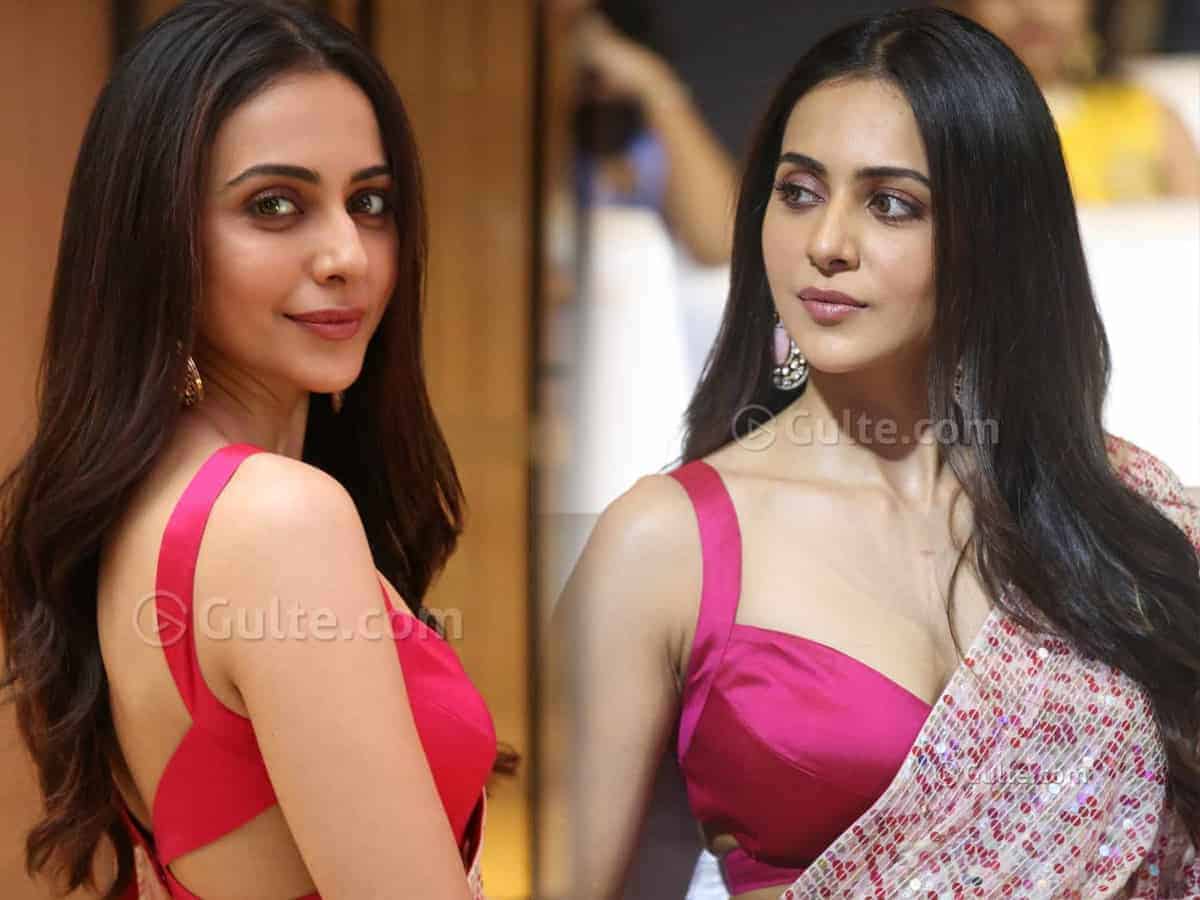 Some actresses really go through plastic surgeries and that change will be quite visible in their appearance like it happened in the case of Shruti Haasan’s nose bridge and Samantha’s lip line. But then, few star heroines never go under the knife but still find themselves amidst that rumour all the time.

Recently hottie Rakul Preet Singh has fallen to such a myth as she posted a badly clicked and retouched selfie of her on Instagram where it looked like she got a lip job done. With the whole of Bollywood and Telugu fans making that picture viral, Rakul immediately tried to get things under control by sharing other pictures. But then, pictures are pictures and they could be photoshopped too, so a doubt remained in the hearts of many as to what Rakul might have done to her lips.

And finally, with the spicy siren making a saucy seductress like appearance in a deep neck sleeveless blouse and sequinned saree, that accentuated her curvaceous figure all through at Kondapolam movie pre-release event, we could say that some myths got busted. And her lips are looking pretty normal and it could be now confirmed that she hasn’t taken up any plastic surgery for the same.

Already a section of fans are busy comparing these latest pictures of Rakul from the Kondapolam event to check if they could find any physical changes. Well, there is nothing such and Rakul’s natural beauty remained pretty natural.