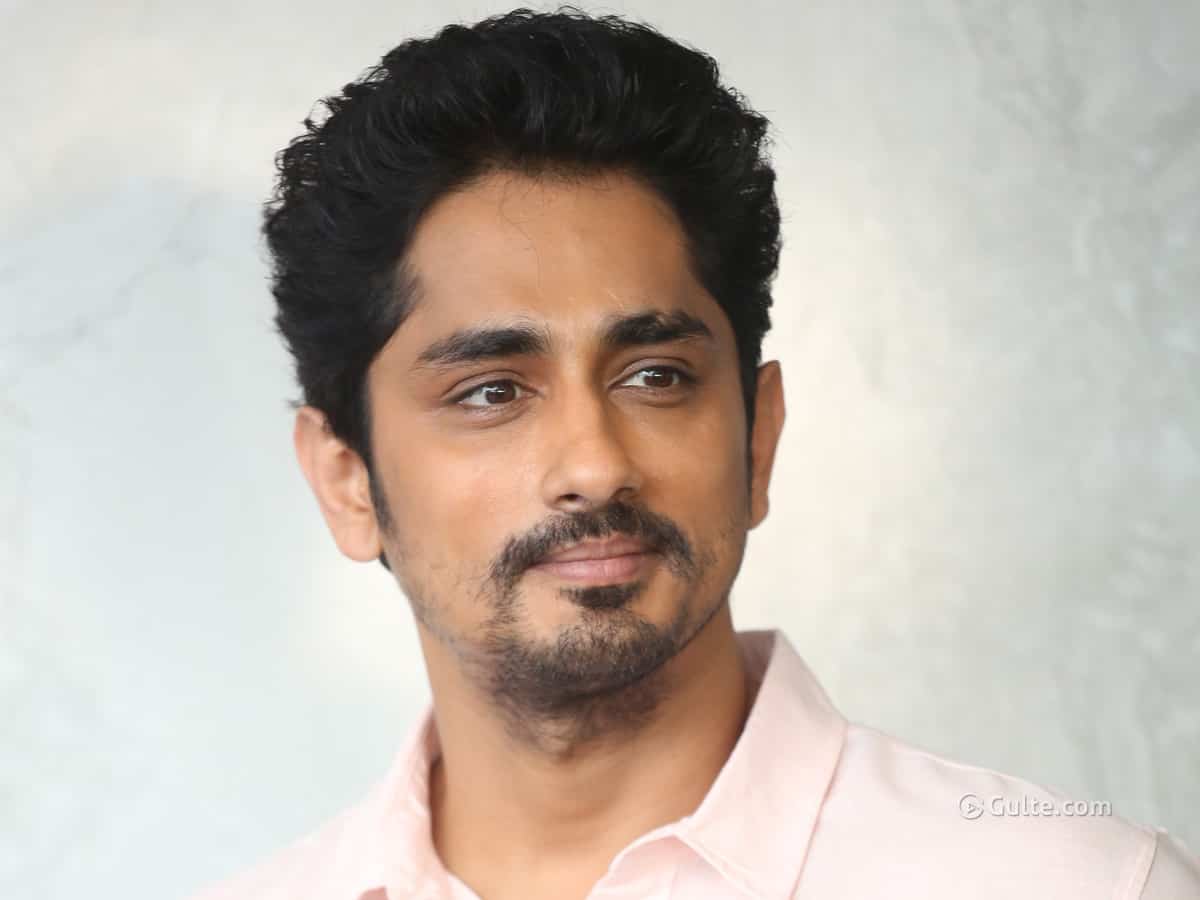 The blockbuster success of Bommarillu gave overnight stardom to hero Siddharth who then scored few hits in Telugu, before shifting his base to Kollywood. Finally, Sid returns to Tollywood with Maha Samudram directed by Ajay Bhupathi. Sharwanand is the other hero in the multi-starrer which is due for release on 14th of this month for Dussehra. Today, Sid interacted with scribes.

Why did you undergo surgery in London?
It’s a small confusion. I went to London for a small treatment. I was injured while performing a stunt for Maha Samudram.

What did you feel when Ajay approached you with Maha Samudram script?
I have been looking for right script for last 4 years. I have two reasons for accepting this film. Firstly, I liked the script a lot and gave immediate nod in single sitting. Secondly, I liked his RX 100. Many directors fail to deliver hit with their second films. Ajay’s story has such depth that, it doesn’t look like his second film. It’s a proper trendsetting film. I and Sharwa liked the script completely. In fact, Ajay Bhupathi narrated same story to both of us, thus there’s no confusion during the making of the film.

You and Sharwa underwent a complete makeover?
Ajay told us that we both have 2 different looks. We wanted to try the looks which we haven’t tried before.

Who’s good and who’s bad among you?
There’s no good or bad character, it’s the consequences of their decisions. It’s big complement for me as an actor, since Ajay Bhupathi he saw me in the character. I got to show my acting prowess in the film. Ajay penned female characters also wonderfully. Maha character is very crucial.

There’s lots of confusion over story and characters?
Director Ajay Bhupathi cut the trailer so cleverly that, many say it’s wonderful, but they couldn’t come to any conclusion on characters and story. That’s our biggest success.

Are you a member of MAA?
I’m a lifetime member of MAA, since 2006. I will definitely cast my vote in MAA elections. I’m following all the recent happenings. I will listen to everyone, but I’ll do what’s in my mind.

Sid also tells he has plans of directing, but it may not happen for at least another couple of years, as he has multiple projects in Telugu and Tamil and has lined up eight production ventures.