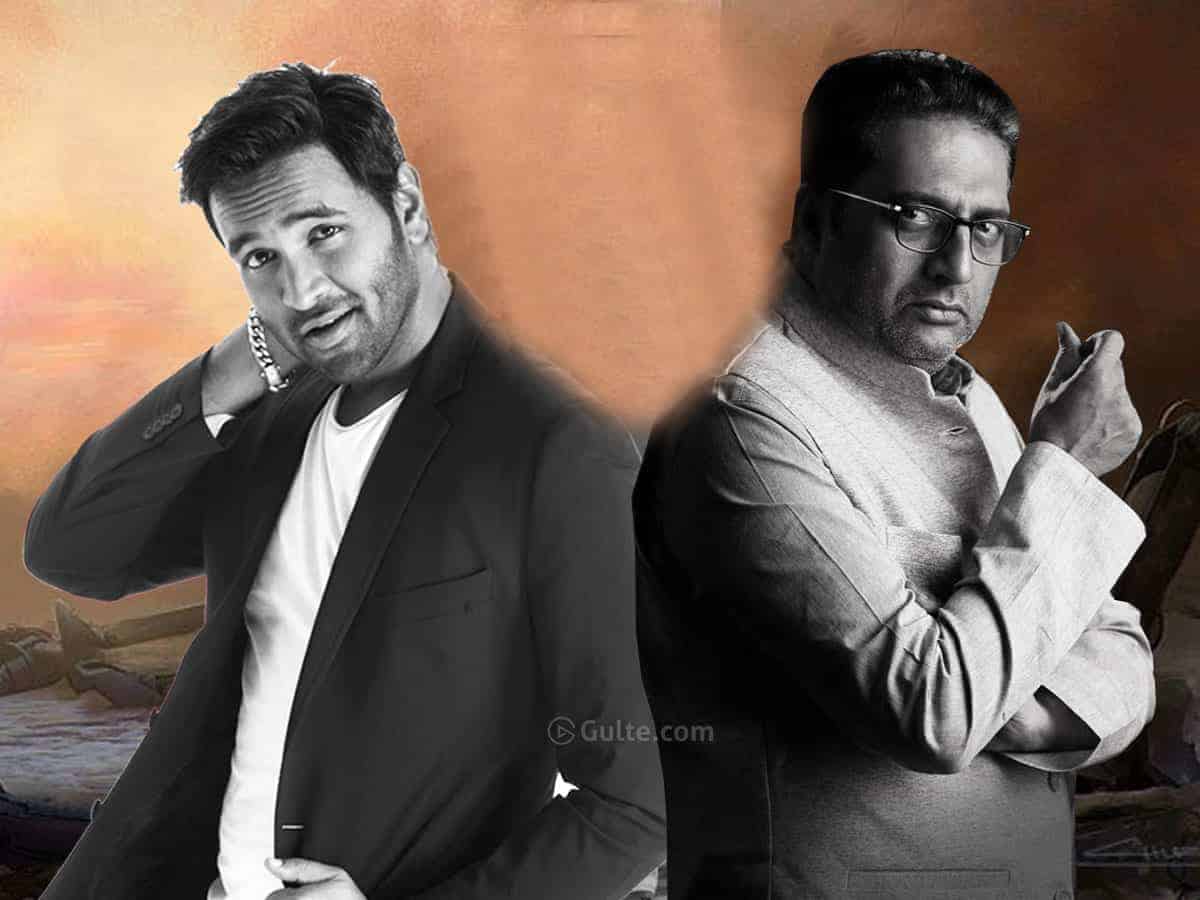 Movie Artists Association (MAA) is a small association for the Telugu film artists working in Tollywood. The association comprises of 900 members approximately. For every two years, the association goes for an election to pick the members of their working committee which includes a President, Executive Vice-President, General Secretary, Treasurer, and Executive members. The election is going to take place on October 10th, 2021 and the poll fight has been exciting like never before.

After Rajendra Prasad, Sivaji Raja has been elected as the President unanimously and then Naresh took over the post later.

Now, the big fight is between Prakash Raj and Manchu Vishnu.

It was Prakash Raj who bought the hype to the elections in MAA. Prakash Raj confirmed his participation in the MAA Elections from the beginning of this year. During the promotions of Vakeel Saab, Prakash Raj attracted everyone by making comments about the association and thus confirmed his candidature for the President’s post.

The MAA elections were supposed to take place in the first half of this year but because of the COVID-second wave, the association postponed the election. The postponement has angered Prakash Raj who publicly criticized the outgoing president Naresh and alleged that he is cooking a conspiracy against him. Naresh too publicly confronted Prakash Raj and gradually, the heat subsided.

With the entry of Manchu Vishnu, the election heat went to the next level. According to Vishnu, he never wanted to contest in the election but a couple of senior actors in the film industry called him up and requested him to contest as the President and it changed his mind. There were media reports that stated that Mohan Babu was also initially not interested to let Vishnu contest in the election but an incident changed his mind too. As reported in the media, Chiranjeevi who is supporting Prakash Raj called Mohan Babu and asked him to convince Vishnu to withdraw his participation from the polls. Mohan Babu did not like it and decided to extend his full support to the son.

Jeevitha Rajasekhar who was the General Secretary of the association in the previous term wanted to contest for the President post too. Jeevitha wanted a woman artist to represent the association and announced her candidature. She instantly gained support from Naresh and others. However, amidst high drama, Jeevitha Rajasekhar joined Prakash Raj’s panel and she will be contesting for the General Secretary again.

Artist Hema too wanted to contest for the President’s post. She is an active member of the association who has worked at different levels over the years. Hema publicly criticized Naresh and made allegations on him that he misused his power. The disciplinary committee, headed by senior artist UV Krishnam Raju immediately issued a show-cause notice to Hema. Later, the issue was side-tracked and she joined Manchu Vishnu’s panel.

Thus, Jeevitha and Hema withdrew their participation in the President’s post and joined different panels.

Senior Telangana artist and advocate CVL Narasimha Rao also came forward to contest for the President’s post with the Telangana sentiment as his agenda. With support from the Bharatiya Janatha Party (BJP), he campaigned for his panel aggressively. However, within a few hours of filing his nomination, CVL surprised everyone by withdrawing his nomination. Later, he gave some lame reasons for it and criticized that Prakash Raj is unfit to be the President of the MAA.

In between all this, Bandla Ganesh made a cameo appearance. Initially, Ganesh was promised a key post in Prakash Raj’s panel but with the entry of Jeevitha Rajasekhar, equations changed. Prakash Raj failed to keep his promise to Ganesh and it disappointed him. Ganesh announced his participation in the polls as the General Secretary as an Independent candidate. However, he withdrew his nomination at the request of some biggies and well-wishers from the film industry. He is now supporting Prakash Raj.

During the pre-release event of Republic, Pawan Kalyan dragged Mohan Babu into his personal rivalry with the YSRCP government. Making advantage of the same, Vishnu sent an indication to the artists that he is standing with Tollywood while Pawan Kalyan is not in favor of the Telugu Cinema. He also used it as a weapon to criticize Prakash Raj that the senior actor is not on Tollywood’s side but with Pawan Kalyan.

Ever since the MAA election notification has come out, multiple allegations and controversies popped up in the media. For the first time, the artists held multiple press meets to criticize the members in the opposite panel. They even attended many TV channel debates.

Prakash Raj and his supporters alleged that Mohan Babu is helping Vishnu with their influence by luring the voters. Prakash Raj even complained against Vishnu that Mohan Babu bribed the postal ballots of many senior artists including Krishnam Raju, Krishna, Paruchuri Brothers, and others. However, Vishnu issued a clarification on the same. Prakash Raj even criticized Manchu Vishnu saying that the young hero does not have proper knowledge of the Telugu language. Prakash also told that Vishnu’s movie’s budget is equal to Pawan Kalyan’s first day morning show collection.

On the other hand, Manchu Vishnu’s panel initially fought with Prakash Raj saying that he is non-local. Later, the panel started attacking Prakash Raj that he never voted in the election and is not an active member of the association. They also discussed the earlier controversies that Prakash Raj was a part of. From being arrogant and late to the sets to accusing the people on the sets, the panel brought many issues in front of the media.

In the middle of all this, both panels made their agendas clear. A common agenda is the construction of a permanent building for the MAA.

Mega family is supporting Prakash Raj and everyone who likes the Mega family will also give their vote to the senior actor. On the other hand, the senior actors like Superstar Krishna, Murali Mohan, Chalapathi Rao, Giri Babu, and the young heroes are inclined towards Vishnu. It is certainly going to be a tough fight.