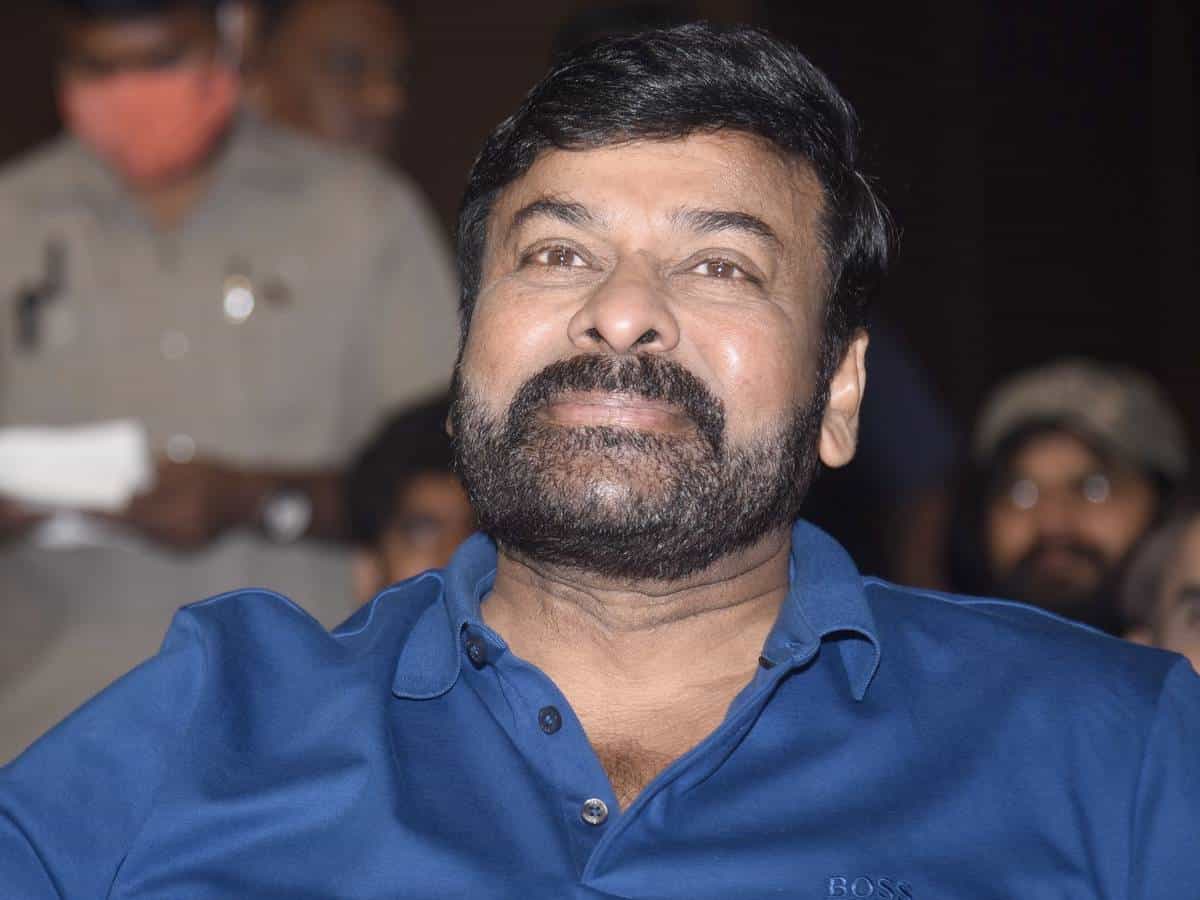 Victory Venkatesh was also present at the event today. Chiranjeevi recollected an incident where Venkatesh appreciated him during the Sye Raa Narasimha Reddy event.

“Venkatesh called me up and appreciated that I did well in Sye Raa. After watching Narappa, I also complimented Venkatesh,” said Chiranjeevi, adding, “If all of us can be like that and create a healthy atmosphere, it will certainly help all of us.”

“Everything is temporary. Especially, the responsibilities and positions are temporary. Why should we stoop low for these positions? If everyone can behave with maturity, it will be nice for all of us. Why should we criticize someone to show our dominance?” asked Chiranjeevi, adding that the people who spread venom others should be treated with homeopathy medicine.

“I appeal to everyone to find the roots of cause. Just because someone said something, if we also react like that, it does not make sense. Instead, we should see who started it first. We should identify who started it and avoid the persons,” said Chiranjeevi.

“We should not lose respect in the eyes of outsiders. Especially, we should not feed content to the media,” said Chiranjeevi.

Chiranjeevi did not take the names of anyone cleverly but made his stand clear. We have to see if anyone else reacts to Chiranjeevi’s comments.