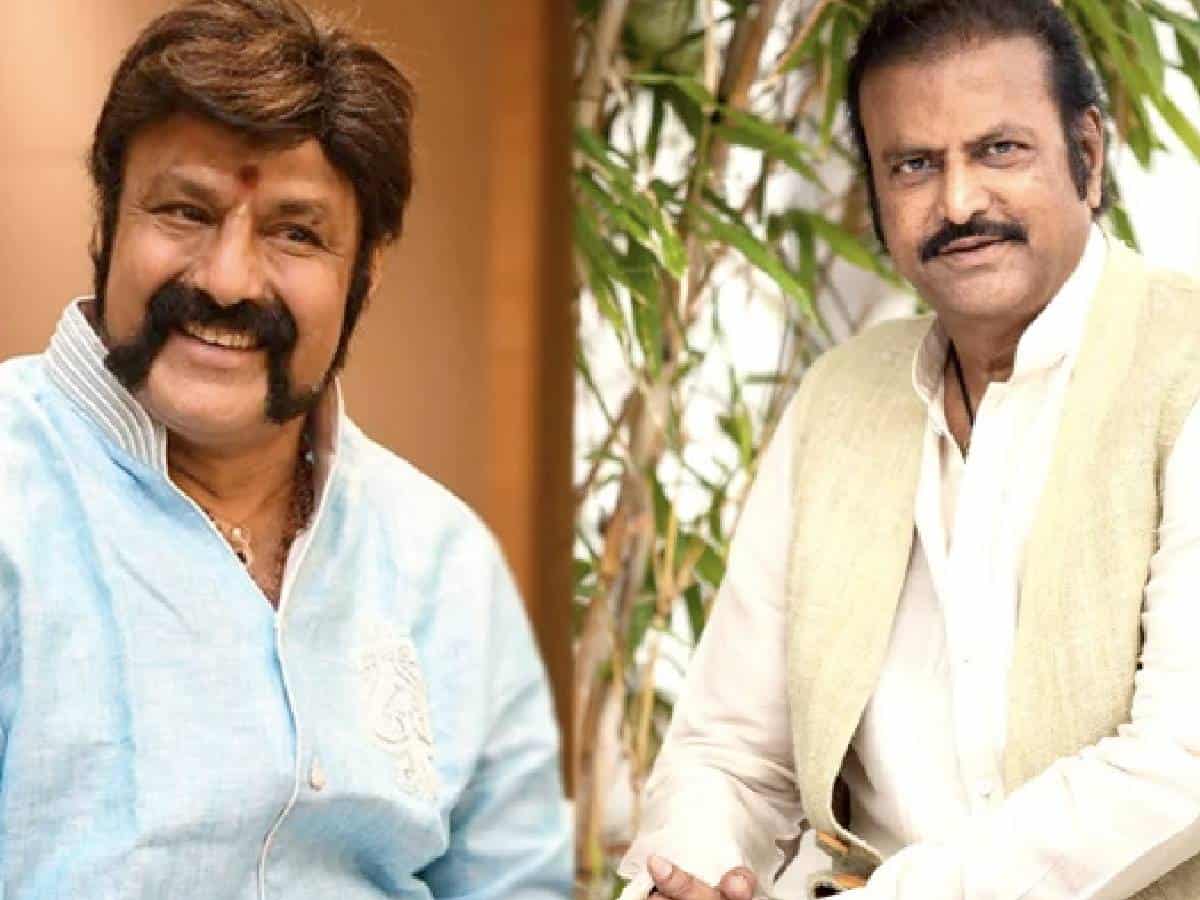 In the wake of MAA Elections and the subsequent results giving new jitters every day as one panel assumed office and others resigned, the comments made by Mohan Babu are getting significant every day.

After Vishnu assumed office, even the outgoing president VK Naresh commented that Mohan Babu should take the role of ‘industry peddha’ now. Amidst all this, guess what is happening.

A while ago, it has come out that Mohan Babu is gearing up to meet Nandamuri Balakrishna at his residence. While many thought that Vishnu is going to meet Megastar Chiranjeevi after winning the election, it looks like some cracks have popped up between the two families. And now that Mohan Babu is meeting Balayya, it’s being spread that they are going to discuss Movie Artists Association related things only.

At the same time, with Balayya hailing from TDP and Mohan Babu, a supporter of YSR Congress, many are wondering if the latter want to convey to Natasimham about the things being done by the Andhra Pradesh government for Telugu cinema industry people.

Or if their meet is just a casual one and if Mohan Babu wants to thank Balayya for extending support to his son during the MAA election is something to be seen.