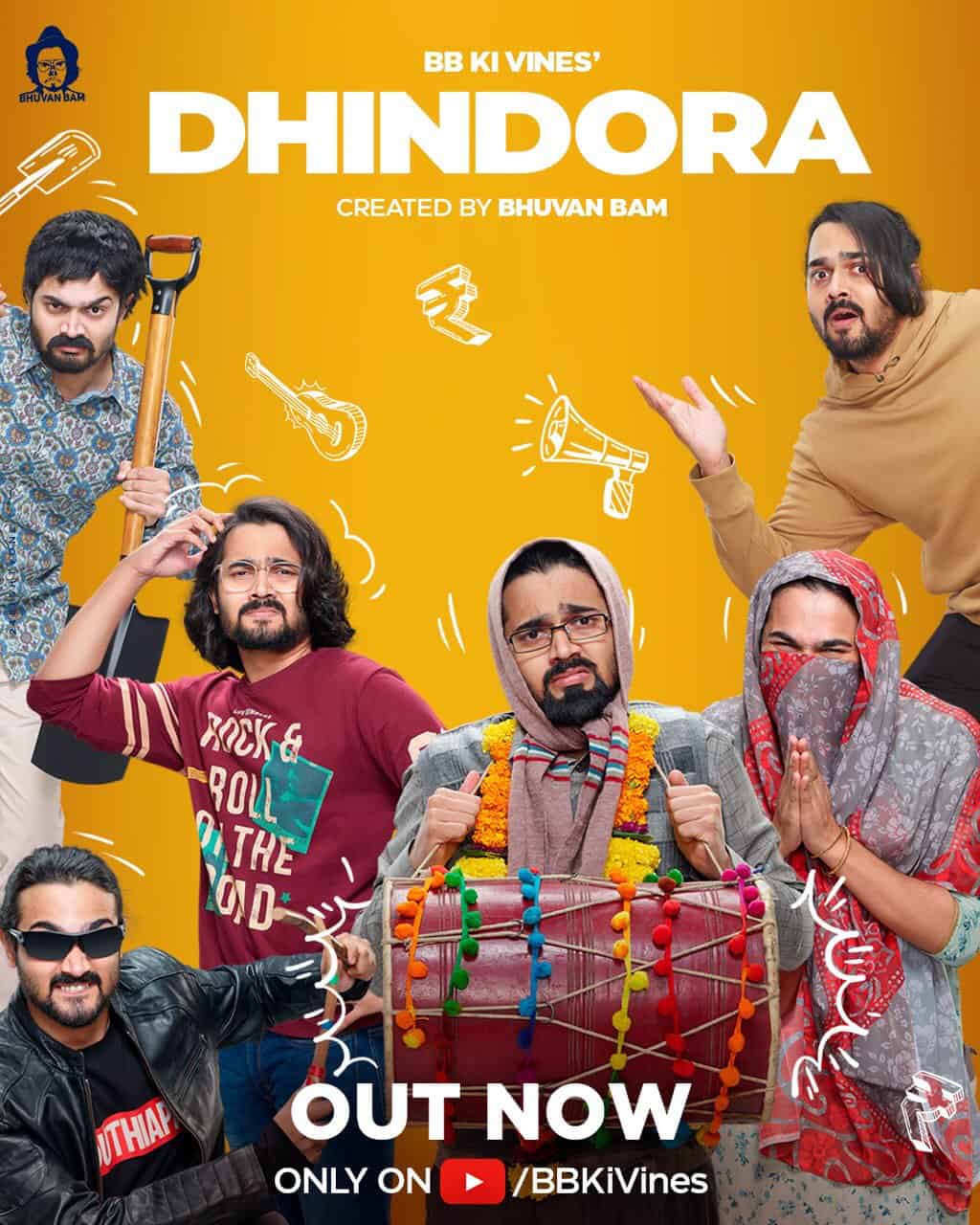 Bhuvan Bam needs no introduction to the Youtube world. He is a popular digital celebrity who shot to fame with his ‘BB Ki Vines.’ Bhuvan enjoys a huge fan following in North India. Recently, he came up with his new web series Dhindora.

What makes this series special is that Bhuvan essayed nine characters in it. He also wrote the story, screenplay, and dialogues of it. He also composed the background score and penned the lyrics of three songs.

When the trailer was released, it was appreciated by maverick director SS Rajamouli. He praised Bhuvan for coming up with such a unique concept and for donning so many roles.

Now, Jr. NTR heaped praises on the Youtube star. He congratulated Bhuvan for creating such a big series on his own.

“It’s astonishing to see how a boy from Delhi with no formal guidance or connect has managed to create a whole show #Dhindora out of the characters he plays.. Way to go @Bhuvan_Bam!” tweeted Tarak.

Earlier, Baahubali director SS Rajamouli shared the poster of Dhindora on his Twitter handle with a caption that read, “Have heard that @bhuvan_bam is the first content creator from India to make a show with all the characters he has created on his channel. Makes me so happy to see young talent bringing new ideas for audiences. Wishing him all the best for #Dhindora!!”