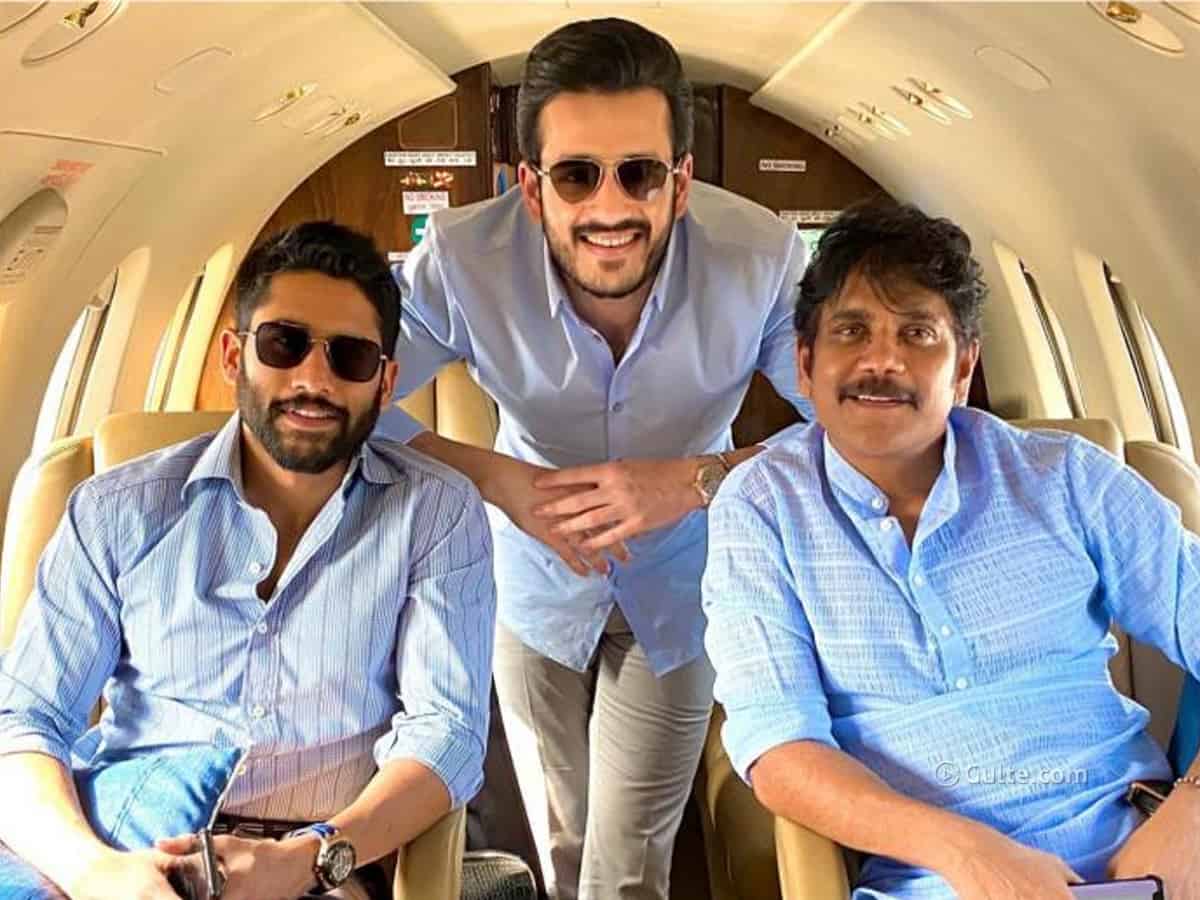 Nagarjuna Akkineni is on cloud nine with the back-to-back hits of his doting sons Naga Chaitanya and Akhil Akkineni who recently delivered hits with Love Story and Most Eligible Bachelor respectively. Nag is buoyed with Akhil’s first major success in the form of MEB. Nag is planning to throw a success party for the MEB team.

Nag is said to be rejoicing in MEB’s success. He is quite elated with the team work of producers Allu Aravind and Bunny Vasu and the team of Geetha Arts production house. Keeping this in mind, Nag wants to treat them with a nice party.

Recently, Akhil himself gave a treat to the whole team of the MEB. He gave a party a day after MEB’s success event attended by Allu Arjun. Now, none other than Nag is going to give the party. Rarely, Nag calls for parties to movie teams and he wants to do this for MEB team.