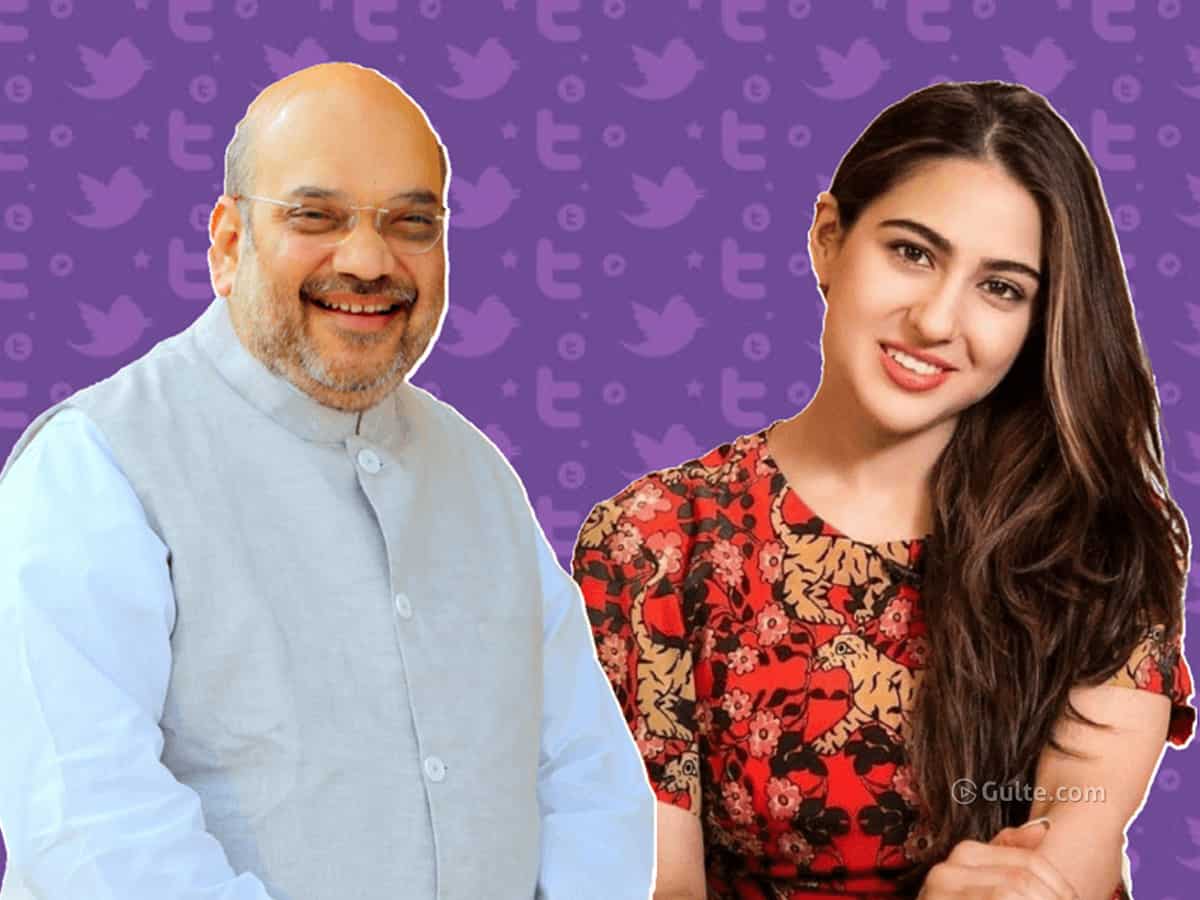 The Bollywood industry has been under the scanner of central agencies like Narcotics Control Bureau (NCB), Enforcement Directorate (ED) and others for the last 12 months or so. From drug scandals to money laundering, every other agency is probing cases related to Bollywood celebs.

With these happenings, there is a sense of fear among the high profile Bollywood celebs especially on the younger generation actors. Sara Ali Khan falls in this space and she was brutally trolled for a small birthday wish.

Apparently Union Home Minister Amit Shah turned 57 on Friday. Taking to her Twitter, Sara extended birthday greetings to Amit Shah. This did not go down well with the netizens and they trolled her mercilessly.

“Thank-you naam hat jayega list se (Your Name is out of the list),” tweeted one user. A popular journalist by name Manisha Pande wrote, “Who’s really running this account and why does it have a blue tick.”

“Is this a new way of marking yourself safe like people do on Facebook whenever there’s a calamity of some sort?” tweeted Samajwadi Party leader Ali Khan Mahmudabad.

These days social media has become a toxic platform. Even for a simple birthday wish, actors are being targeted ruthlessly. It would be better if the celebs go off the social media for a while.