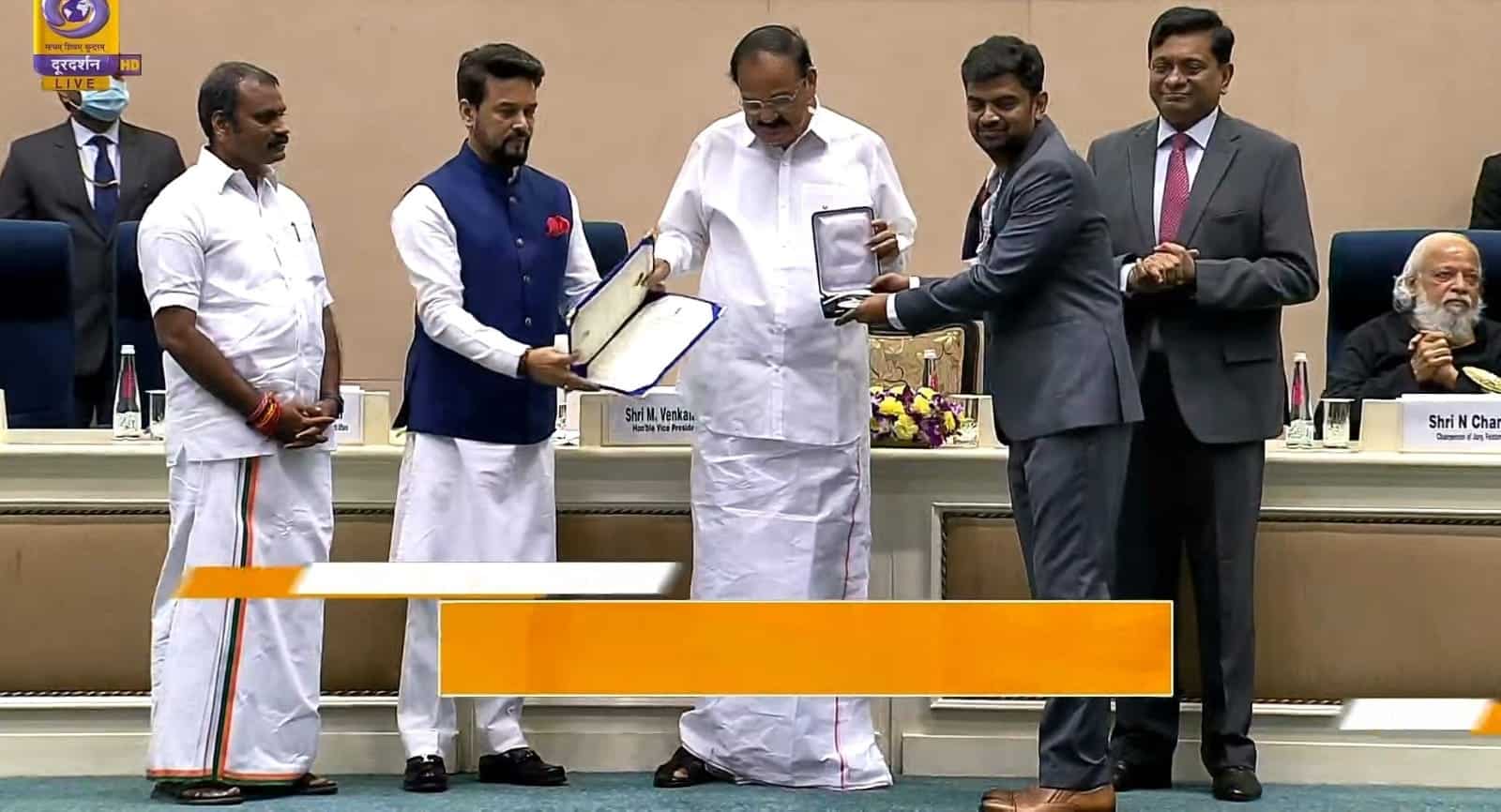 As we can see in these images, Jersey director Gowtam Tinnanuri and producer Suryadevara Naga Vamsi of Sithara Entertainment receiving the top honours from the Vice President. The film indeed deserves these awards and they inspire the makers to come up with inspiring films.

Shraddha Srinath played the heroines in the film for which music was scored by Anirudh Ravichander.