Samantha Urges Parents To Think Above Marriage For Their Daughters 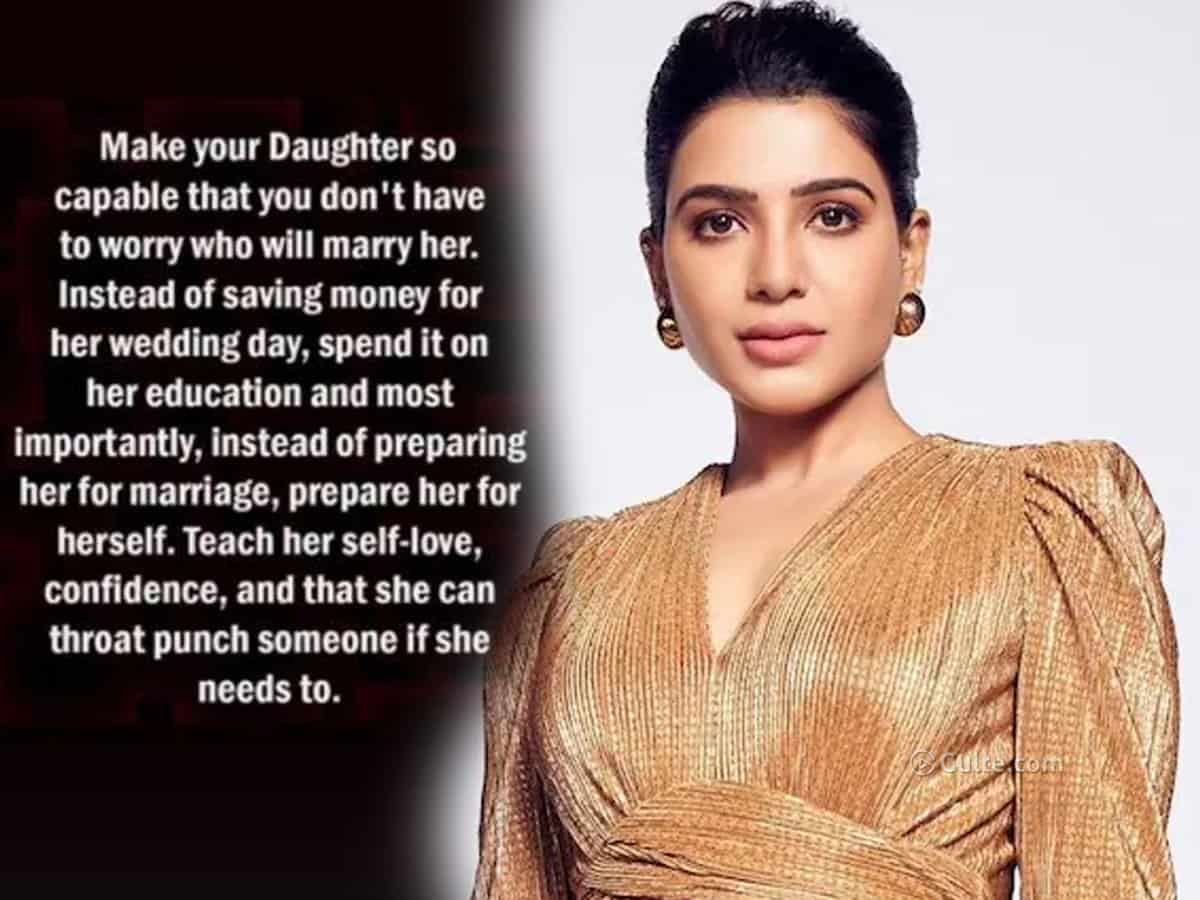 After ending her marriage with Naga Chaitanya, Samantha handled her emotional anguish and distress really well. She started travelling and involving in fun activities with friends. She became her own therapist and began living her life to the fullest with a quick healing process.

Her Instagram story is now for all those parents who think about nothing but marriage for their daughters. After several pictures from her vacations and cycling, Sam talks about making daughters capable of facing the world. She urges parents to teach their daughters about self-love.

Samantha’s story reads, “Make your daughter so capable that you don’t have to worry who will marry her. Instead of saving money for her wedding day, spend it on her education and most importantly, instead of preparing her for marriage, prepare her for herself. Teach her self-love, confidence, and that she can throat punch someone if she needs to.”

Samantha took a philosophical tone of late and this time she seems to be speaking out of her own experience and knowledge that she discovered in the process. On the work front, Sam has a couple of films to release – Shakuntalam directed by Gunasekhar and Kaathu Vaakula Rendu Kaadhal by Vignesh Shivan. She is also in talks for an OTT show and a few other projects.